Punch and Judy is a traditional puppet show featuring Mr. Punch and his wife Judy. The performance consists of a sequence of short scenes, each depicting an interaction between two characters, most typically Mr. Punch and one other character who usually falls victim to Punch’s slapstick. It is often associated with traditional British culture.

The show is performed by a single puppeteer inside the booth, known since Victorian times as a “professor” or “punchman”, and assisted sometimes by a “bottler” who corrals the audience outside the booth, introduces the performance, and collects the money (“the bottle”). The bottler might also play accompanying music or sound effects on a drum or guitar, and engage in back chat with the puppets, sometimes repeating lines that may have been difficult for the audience to understand. In Victorian times, the drum and pan pipes were the instruments of choice.
Today, most professors work solo, since the need for a bottler became less important when street performing with the show gave way to paid engagements at private parties or public events. In modern shows the audience is encouraged to participate, calling out to the characters on the stage to warn them of danger or clue them in to what is going on behind their backs.
Here is a set of 12 magic lantern slides for home use telling the story of Punch and Judy, familiar to British children in the 19th and early 20th century from seaside puppet shows and story books. 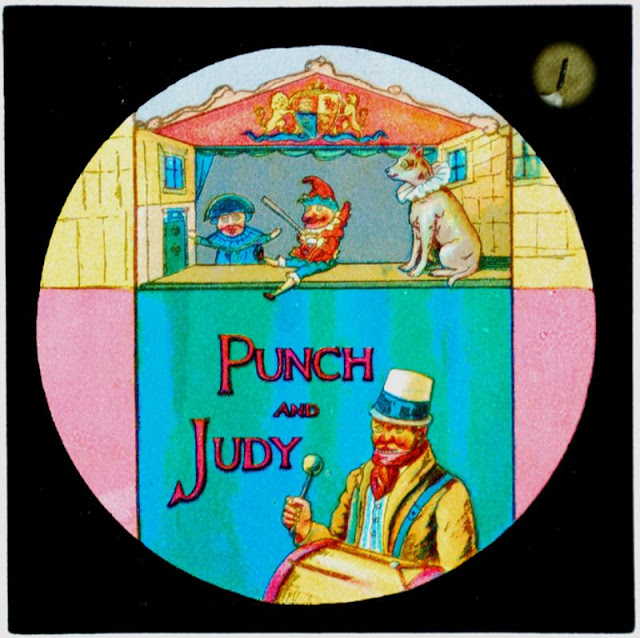 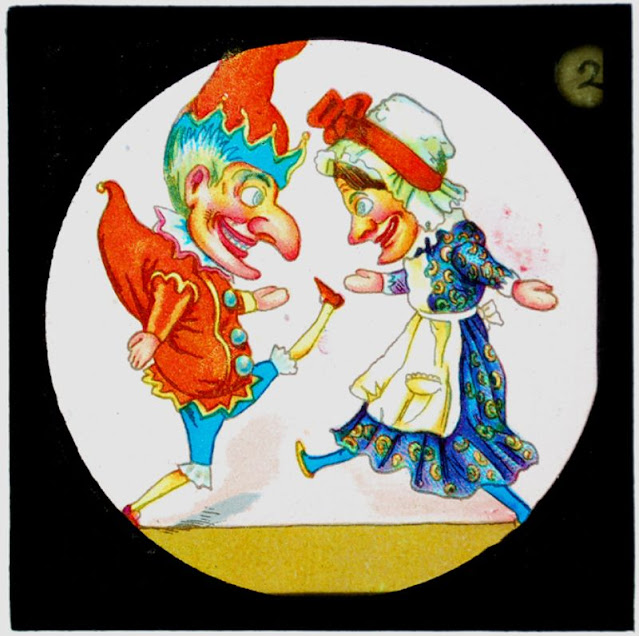 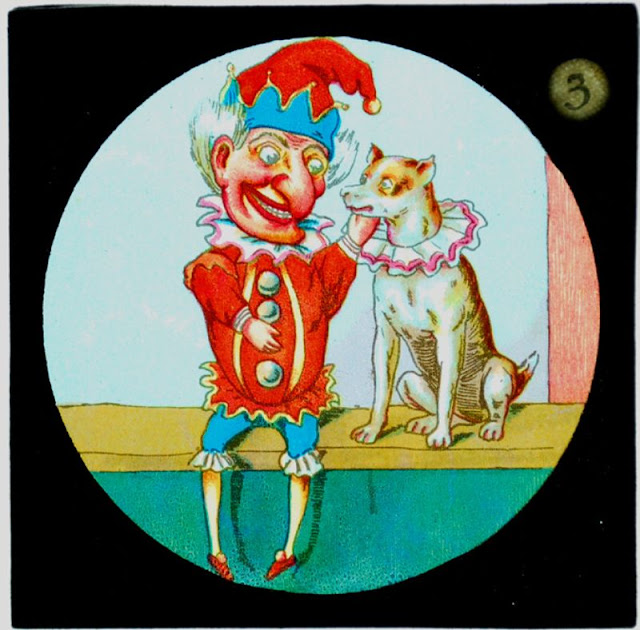 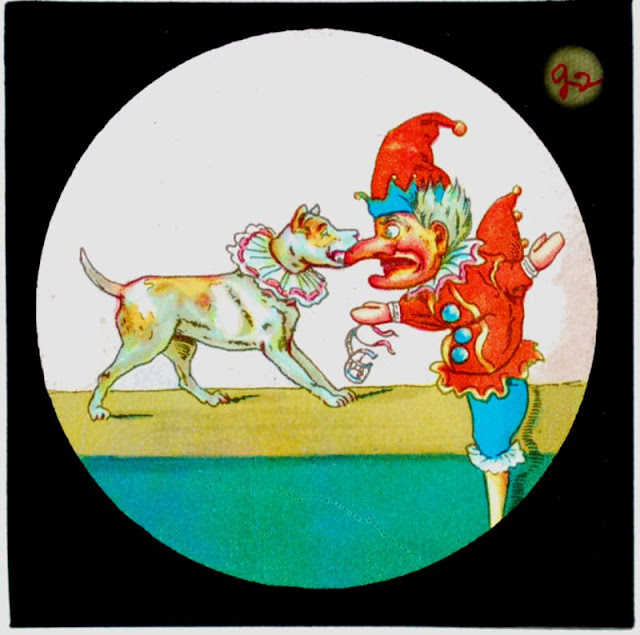 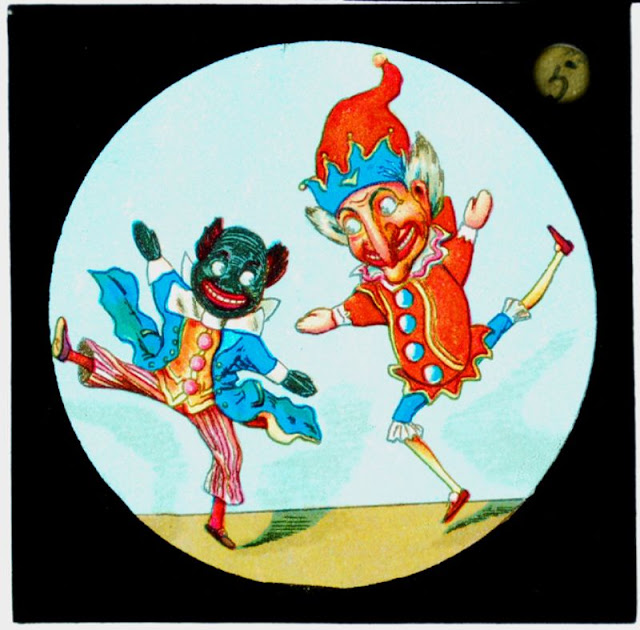