Luigi Colani (1928-2019), originally an aircraft designer, was a German industrial designer creating various stuff from actual aircraft to toothbrushes. The curvy, rounded, organic, “biodynamic” forms are his hallmark.
“Careful observation teaches me that with the exception of crystals nothing in nature admits of a straight line,” he told OMNI Magazine. “The universe itself is made up of curves and I can only obey the laws of nature.”
The futuristic “home office” of the 1970s depicted above includes a built-in typewriter with a monoblock split layout and palm/wrist rests. 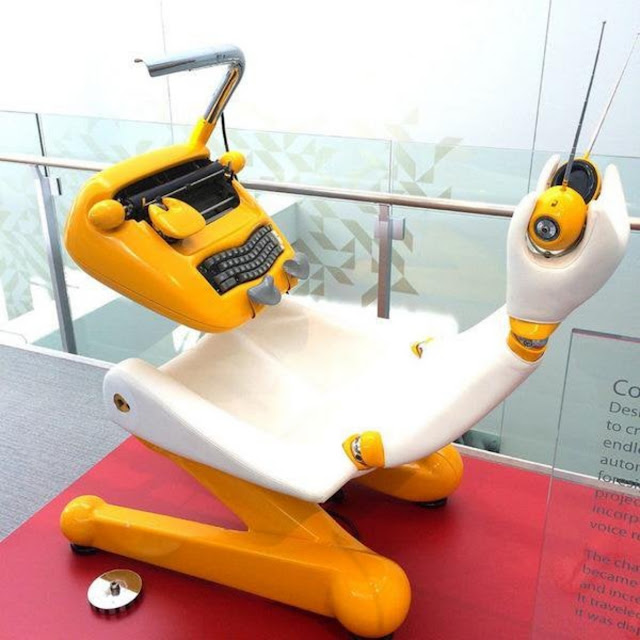 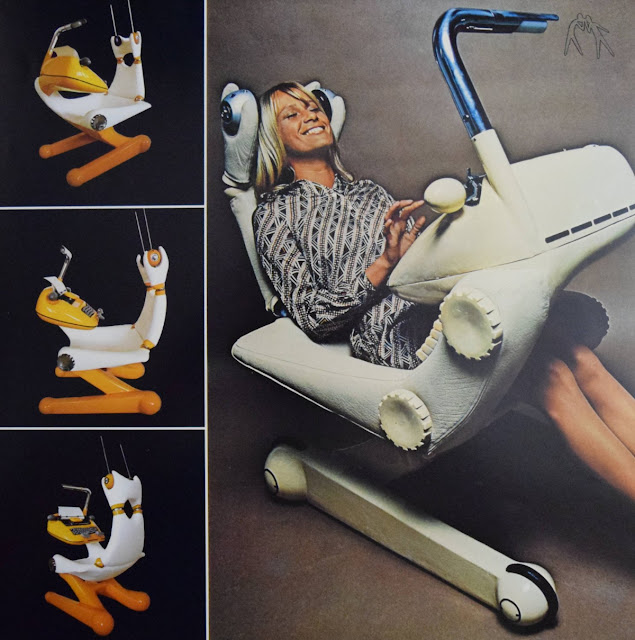