The Babushka Lady is an unknown woman present during the 1963 assassination of President John F. Kennedy who might have photographed the events that occurred in Dallas’ Dealey Plaza at the time President John F. Kennedy was shot. Her nickname arose from the headscarf she wore, which was similar to scarves worn by elderly Russian women (бабушка – babushka – literally means “grandmother” or “old woman” in Russian). 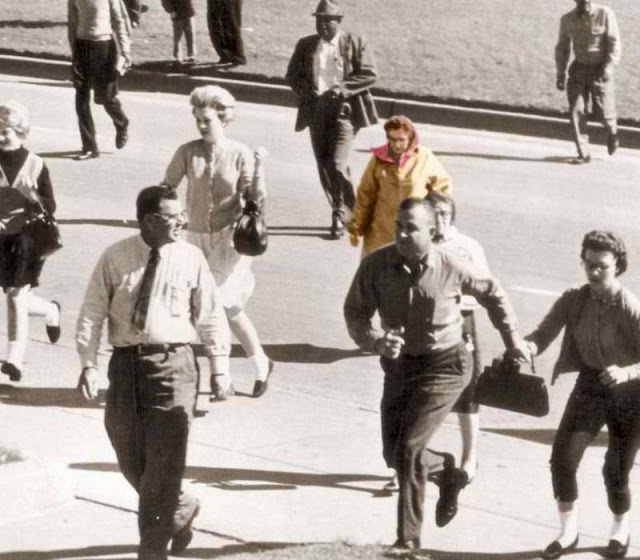 The Babushka Lady was seen to be holding a camera by eyewitnesses and was also seen in film accounts of the assassination. She was observed standing on the grass between Elm and Main streets and is visible in the Zapruder film as well as in the film of Orville Nix, Marie Muchmore, and Mark Bell. After the shooting, she crossed Elm Street and joined the crowd that went up the grassy knoll. She is last seen in photographs walking east on Elm Street. Neither she, nor the film she may have taken, has yet been positively identified; no known photograph with her in frame captured her face because in all cases she was either facing away from the camera, or (as in the case of the Zapruder film) had her face obscured by her own camera. 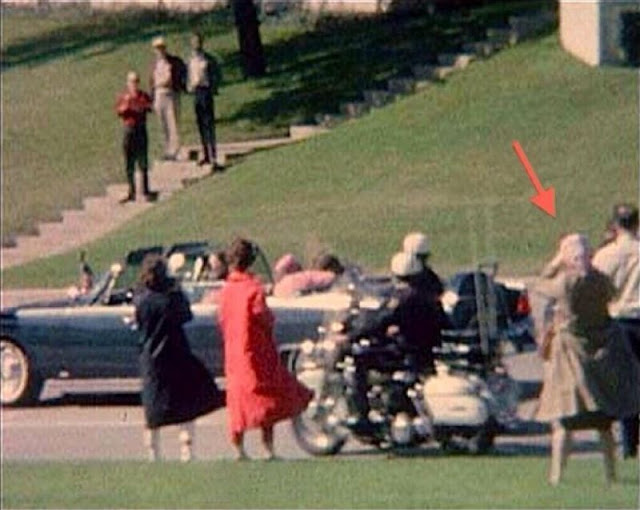 Seven years after the assassination, in 1970, a former dancer and singer at a burlesque club named Beverly Oliver claimed to be Babushka Lady. Oliver asserted that she photographed the assassination with her Yashica Super 8 camera, and two FBI agents took the camera from her. Oliver also claimed that she knew Jack Ruby, who supposedly introduced her to suspected JFK shooter Lee Harvey Oswald, saying Oswald was a member of the CIA. (Ruby, of course, went on to shoot Oswald while he was in custody.) Oliver’s story has some serious problems, though, and has been generally debunked.

She was a slender 17-year-old in 1963, which clashes with the older woman who appears in the film footage of Babushka Lady. Additionally, the Yashica Super 8 camera wasn’t produced until the mid-1960s. Oliver has backtracked on some of her claims, arguing that her camera was a prototype that she got before it became available to the general public.

Conspiracy theories involving Babushka Lady proliferate, with some theories holding more merit than others. Some say she was a Russian spy, an assassin holding a camera gun, a secret service agent, or a man dressed as an older woman (her wide stance for example, as seen in Muchmore’s film, could be viewed as a bit unusual for a woman in the 1960s—especially one dressed in a time-appropriate dress and trench).

Because it had been raining earlier that morning, some women in Dealey Plaza wore scarves on their heads; but, the rain had stopped at 10 a.m., and since the shots weren’t fired until 12:30 p.m., Babushka Lady wasn’t wearing a scarf to shield herself from active rain. Perhaps she was holding binoculars rather than a camera, which would explain why her photographic or video footage has never been found. But because she never came forward to tell law enforcement what she saw (unlike other spectators who witnessed the shots being fired), her identity (and what she may know) remains a mystery.