Over the years, due to the practices and the treatment of the members, the church has been referred to as a cult.

On a rainy day in August of 1995, 10,000 couples stood side by side. Each of the men was dressed in neat black suits with red ties. The women all wore matching white wedding dresses, their matching veils drawn over their faces. Together, they stood looking up at the man on the podium before them awaiting his orders.

Then, the couples were all married by Sun Myung Moon, the reverend of the Unification Church, in one fell swoop.

As Rev. Moon asked if they would love God, humanity and each other in his native Korean, the group cheered. In lieu of the traditional “I Do’s,” the couples all answered the question as one, chanting “Nay!” Korean for yes, in unison. 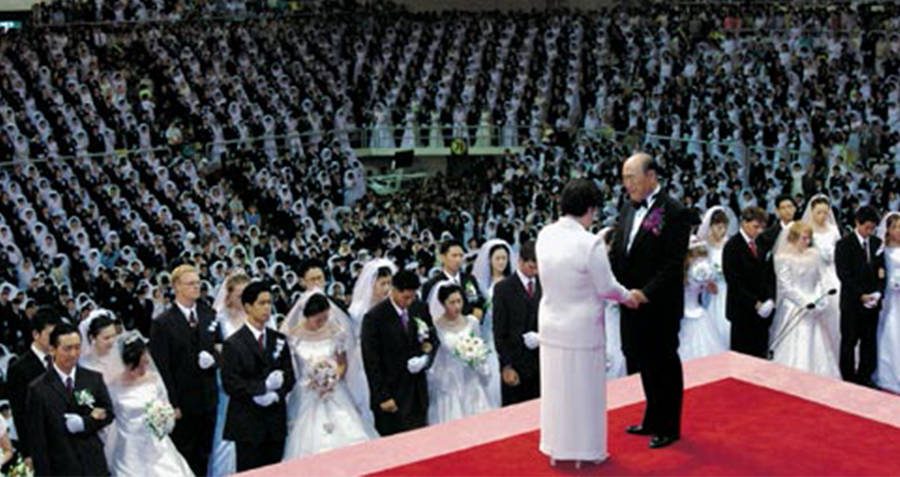 The marriage that took place that August day was not at all unusual, simply one of the dozens of group weddings performed by Reverend Moon and his wife over the years, since its founding in 1954. It’s also just one of several controversial practices that the church engages its members in.

In 1954, Sun Myung Moon felt called upon by Jesus himself to, as he put it, “become a parent to all of humanity.” He had been raised Christian in North Korea but eventually fled with his family to South Korea. There, he began to research other interpretations of the Bible and eventually formed the Unification Church around them.

In 1966, Moon wrote the main theological textbook of the Unification Church, known as Exposition of the Divine Principle, which the members of the church follow like scripture.

Though the ceremonies aren’t legally binding (the couples still have to marry according to the laws of their own country later) they symbolize the couple’s commitment to the church and to each other – despite potentially never having met before the ceremony.

The blind arrangement of the couples, which was mostly put together by Moon himself, has been one of the Unification Church’s biggest controversies since its inception. According to their belief system, the couples are chosen by the church because romantic love leads to sexual promiscuity, mismatched couples, and dysfunctional societies.

Moon intended for their arranged marriages to bring people of all walks of life together, regardless of race, religion, culture, language or location. However, forcing young people to wed who potentially didn’t even know each other’s names led to harsh criticisms from those outside the church.

Even after the wedding, the couples must endure a separation period, where they must wait 40 days before seeing each other again or consummating.

Besides the blessing ceremonies, the church members, dubbed “Moonies” by outsiders, go through other ceremonies as well, such as the reading of the Family Pledge. The Family Pledge is an eight-part promise, made by each of the members, that reminds them to center back to the church’s beliefs. It is read at 5 a.m. every eight days. 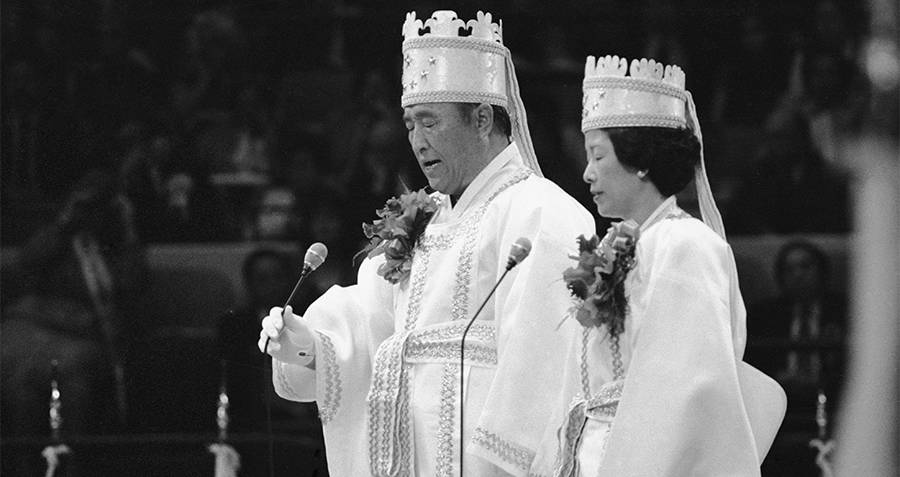 Members also refer to Reverend Moon and his wife as the “True Family,” the parents to all of the members. They also regard Moon as the Second Coming and consider him to be the highest representation of God here on earth. Since his death in 2012, his wife has been seen as the “True Parent,” to the followers.

Over the years, due to the practices and the treatment of the members, the church has been referred to as a cult. Certainly, it shares certain similarities to more cultish organizations, but the members hardly see it that way.

Cara Jones, who was present at the 1995 blessing ceremony said that she felt it was more an extension of her family than a cult. Other members claim the same, adding that the large-scale weddings make things more special, as everyone is experiencing it together.

Enjoy this look at Sun Myung Moon and the Unification Church? Next, check out these bizarre cultural practices that are still followed today. Then, read about the man who accidentally shot himself in church while discussing church gun violence.