Spellbound is one of several psychological thrillers produced in the 1940s when psychoanalysis was all the rage. Freudian dream interpretation, guilt complexes, and the miraculous power of psychoanalysis take center stage in this film.

Producer David O. Selznick had apparently enjoyed a highly successful bout of psychoanalysis, and he wanted Alfred Hitchcock to make a movie about it. Selznick was so enthused with psychoanalysis that he brought in his own therapist, Dr. May Romm, to serve as a technical advisor on the production. Dr. Romm and Hitchcock clashed frequently. When it came to the specifics of psychoanalysis, however, Hitchcock was less concerned with technicalities than Romm, and if she would offer her opinion, the director would purportedly tell her, “my dear, it’s only a movie”.
Further contention was caused by the hiring of surrealist artist Salvador Dalí to conceive certain scenes in the film’s key dream sequence. However, the sequence conceived and designed by Dalí and Hitchcock, once translated to film, proved to be too lengthy and complicated for Selznick, so the vast majority of what had been filmed ultimately was edited out. Two minutes of the dream sequence appear in the final film, but according to Ingrid Bergman, the original had been twenty minutes long.
One sequence was to have shown Ingrid Bergman turning into a statue. She was covered in plaster with arrows “piercing” her neck, and then she broke out of the plaster. They planned to project the sequence backwards so that she seemed to be turning into the statue instead of breaking out of one. Here are some images of this sequence from the filming: 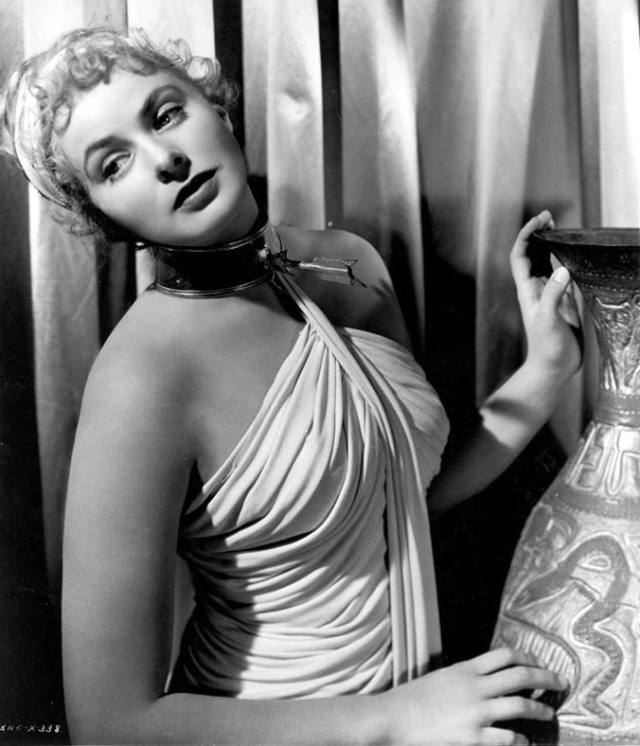 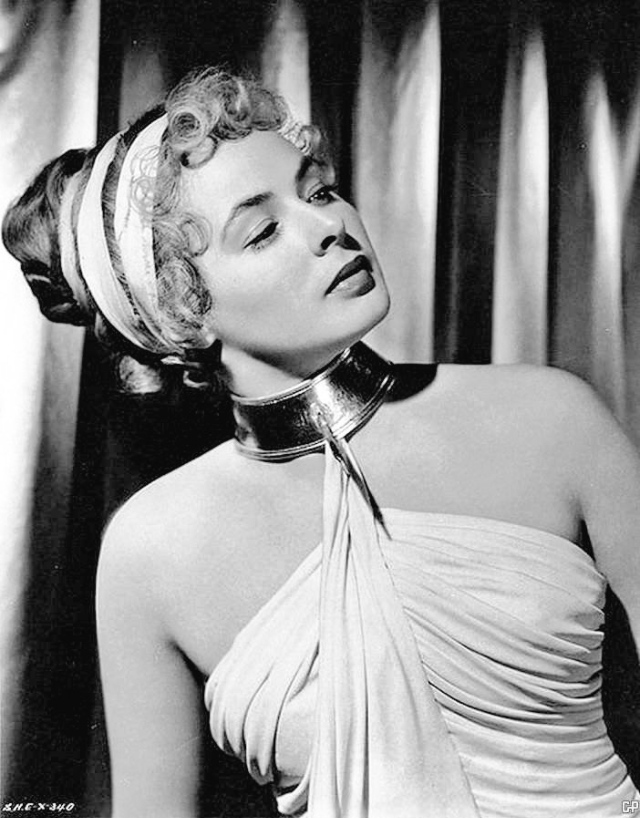 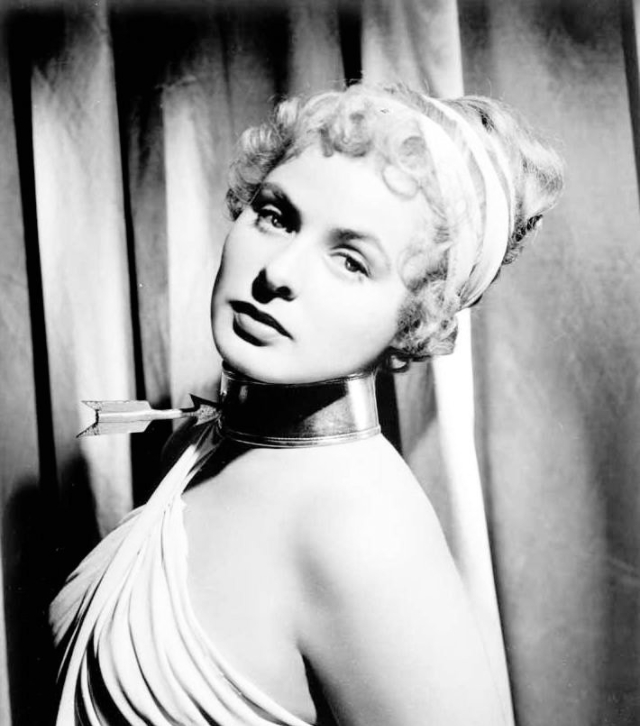 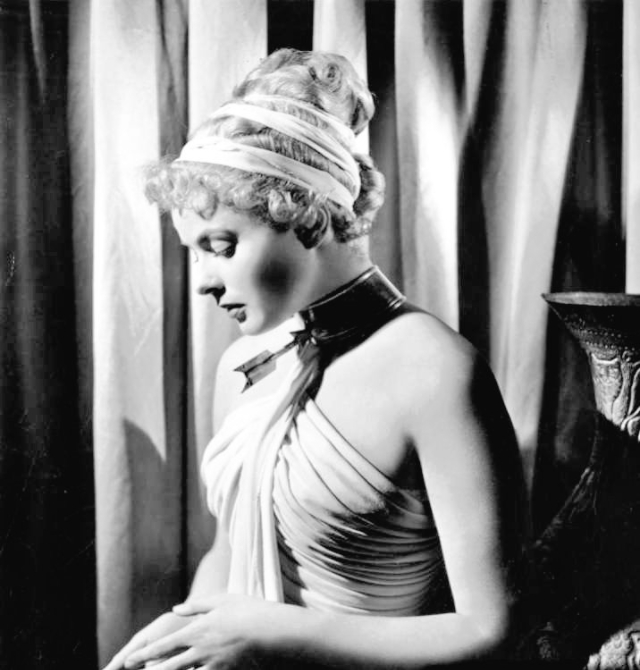 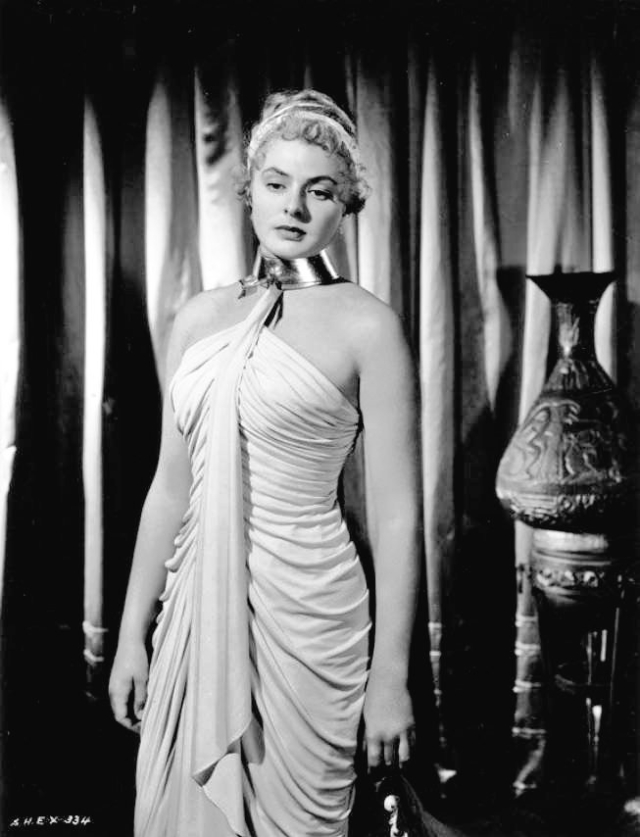