The Nemi ships were two ships, one larger than the other, built under the reign of the Roman emperor Caligula in the 1st century AD at Lake Nemi. Although the purpose of the ships is only speculated upon, the larger ship was essentially an elaborate floating palace, which contained quantities of marble, mosaic floors, heating and plumbing and amenities such as baths. Both ships featured technology thought to have been developed historically much later. It has been stated that the emperor was influenced by the lavish lifestyles of the Hellenistic rulers of Syracuse and Ptolemaic Egypt. Recovered from the lake bed in 1929, the ships were destroyed by fire during World War II in 1944.

Local fishermen had always been aware of the existence of the wrecks, and had explored them and removed small artefacts, often using grappling hooks to pull up pieces, which they sold to tourists. In 1446, Cardinal Prospero Colonna and Leon Battista Alberti followed up on the stories regarding the remains and discovered them lying at a depth of 18.3 metres (60 ft), which at that time was too deep for effective salvage. They damaged the ships by using ropes with hooks to tear planks from them. Alberti learned little more than the type of wood and that it was covered in lead sheathing.

In 1895, with the support of the Ministry of Education, Eliseo Borghi began a systematic study of the wreck site and discovered the site contained two wrecks instead of the one expected, these were named Prima nave & Seconda nave.

In 1927, the Italian dictator Benito Mussolini ordered the engineer Guido Ucelli to drain the lake and recover the ships with the help of his armed forces and regime contacts. The full process of recovery was fraught with calamity, from mud eruptions to subsidence in the lake floor that meant the ships weren’t fully recovered until 1932.

The first ship recovered was 70 meters (230 ft) long with a beam (width) of 20 meters (66 ft). The hull was divided into three “active” or main sections. The general shape of the hull appears wider at the stern and narrower at the bow. The superstructures appear to have been made of two main blocks of two buildings each, connected by stairs and corridors, built on raised parts of the deck at either end. This distribution gives the ship a discontinuous look and has no similarity to any other ancient construction.

The second ship recovered was the larger at 73 meters (240 ft) in length and with a beam of 24 meters (79 ft). The superstructure appears to have been made with a main section amidships, a heavy building at the stern and a smaller one at the prow. Seconda Nave contained elaborate quantities of marble, mosaic floors, heating and plumbing.

Both vessels were constructed using the Vitruvian method, a shell first building technique used by the Romans. They were steered using 11.3 meters (37 ft) long quarter oars, with the seconda nave equipped with four, two off each quarter and two from the shoulders while the prima nave was equipped with two.

The ships were destroyed by fire in World War II on the night of May 31, 1944. Several shells of the United States Army hit the museum around 8 pm, causing little damage but forcing the German artillery to leave the area. Around two hours later, smoke was seen coming from the museum.

Only the bronzes, a few charred timbers and some material stored in Rome survived the fire. Due to the destruction, research effectively stopped until the 1980s. The museum was restored and reopened in 1953. One-fifth scale models of the ships were built in the Naples naval dockyard and these, along with the remaining artefacts, are housed there. 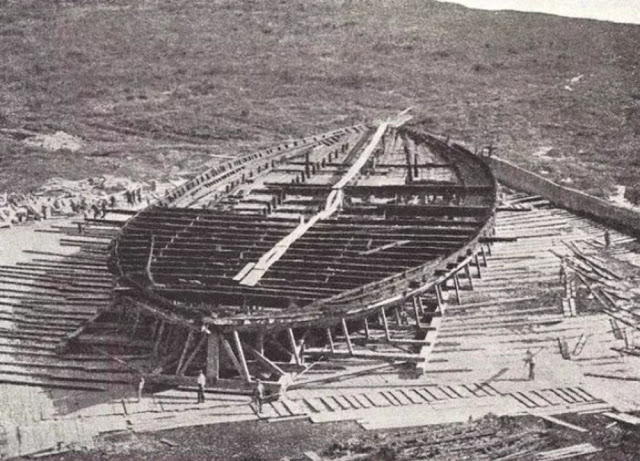 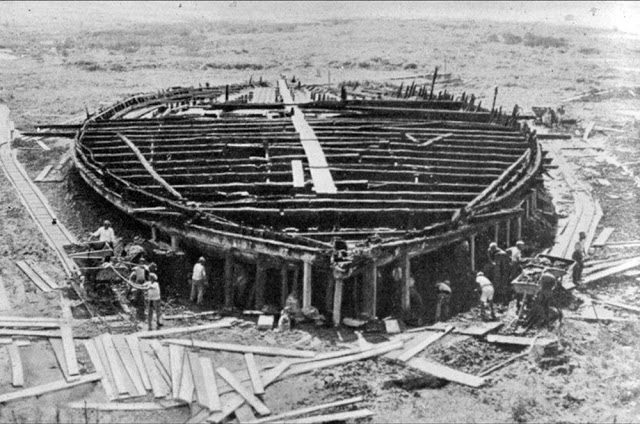 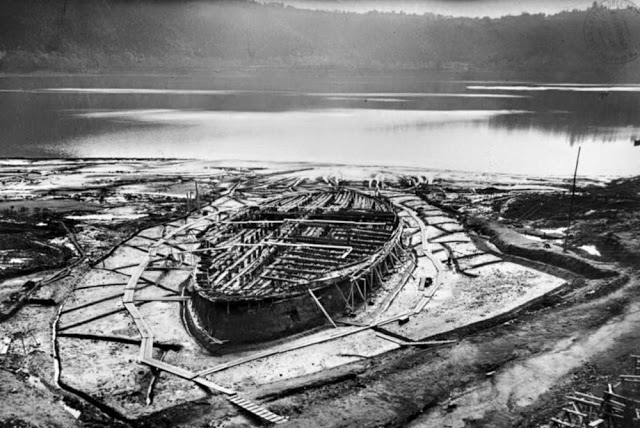 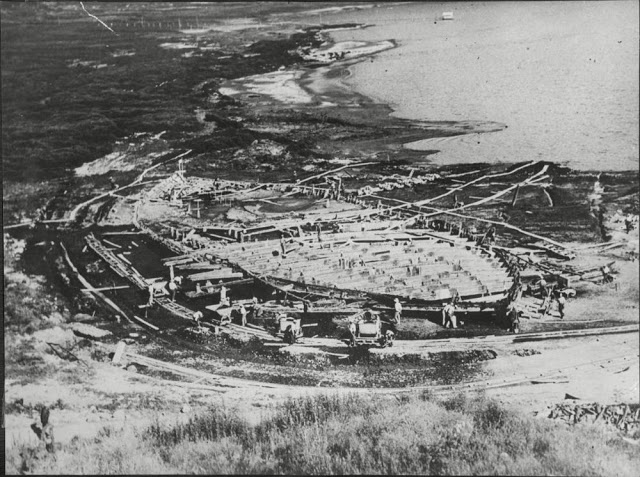 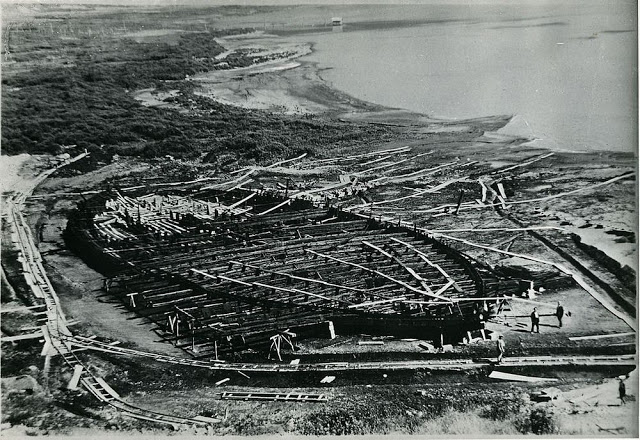