Automobile polo or auto polo was a motorsport invented in the United States with rules and equipment similar to equestrian polo but using automobiles instead of horses. The sport was popular at fairs, exhibitions and sports venues across the United States and several areas in Europe from 1911 until the late 1920s; it was, however, dangerous and carried the risk of injury and death to the participants and spectators, and expensive damage to vehicles.

The official inventor of auto polo is purported to be Ralph “Pappy“ Hankinson, a Ford automobile dealer from Topeka who devised the sport as a publicity stunt in 1911 to sell Model T cars. The reported “first“ game of auto polo occurred in an alfalfa field in Wichita on July 20, 1912, using four cars and eight players and was witnessed by 5,000 people.
Due to the nature of the sport, cars would often collide with each other and become entangled, with malletmen frequently thrown from the cars. Installation of rollcages over the radiator and rear platforms of the cars helped prevent injuries to players, but falls did result in severe cuts and sometimes broken bones if players were run over by the cars, though deaths due to auto polo were rare.
Most of the cars would usually be severely wrecked or demolished by the time the match was finished, leaving most players uninsurable for costly material and bodily damages incurred during the game. A tally of the damages encountered by Hankinson’s British and American auto polo teams in 1924 revealed 1564 broken wheels, 538 burst tires, 66 broken axles, 10 cracked engines and six cars completely destroyed during the course of the year. The sport waned in popularity during the late 1920s, mostly due to the high cost of replacing vehicles, but did have a brief resurgence in the Midwestern United States after World War II. 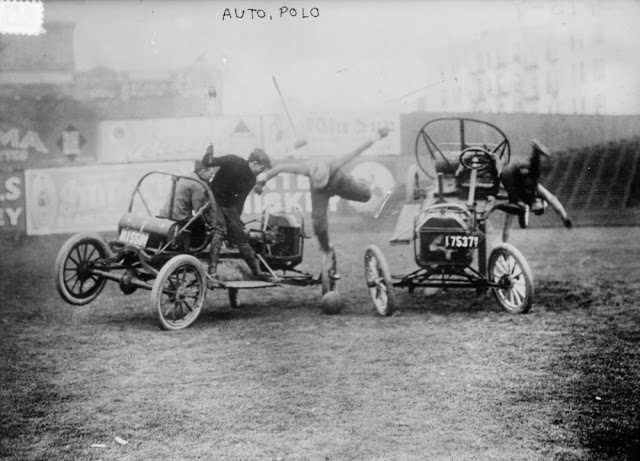 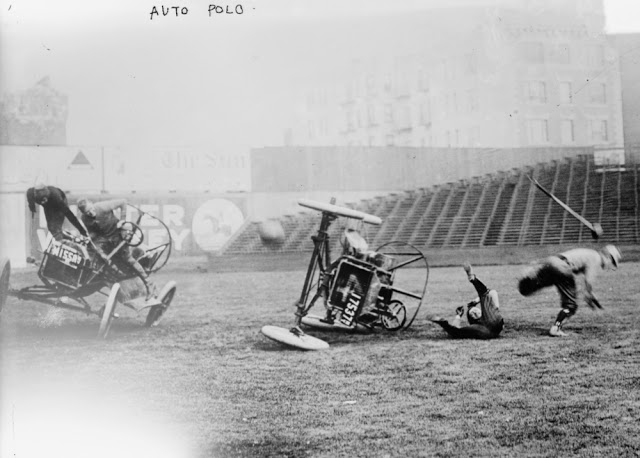 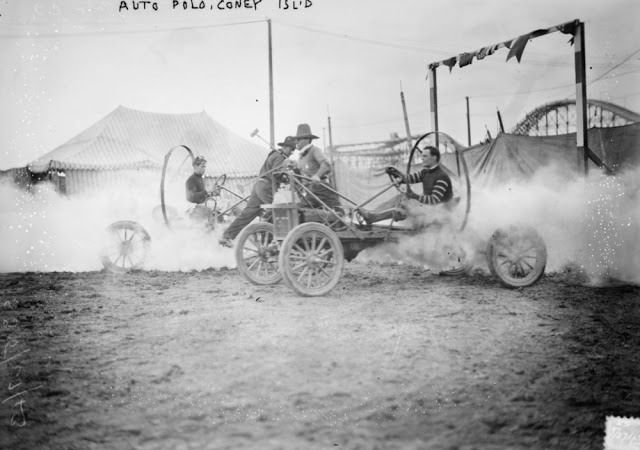 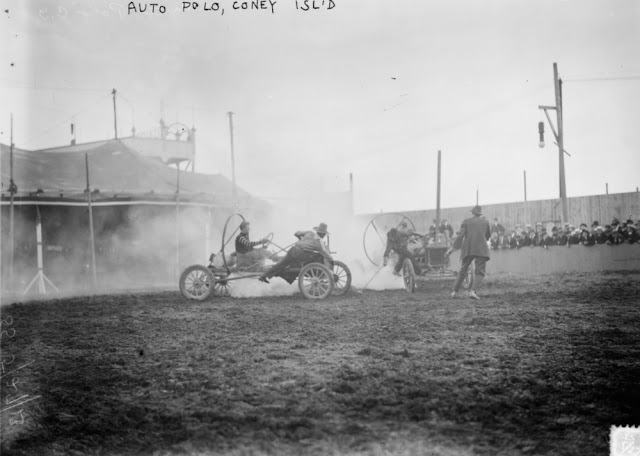 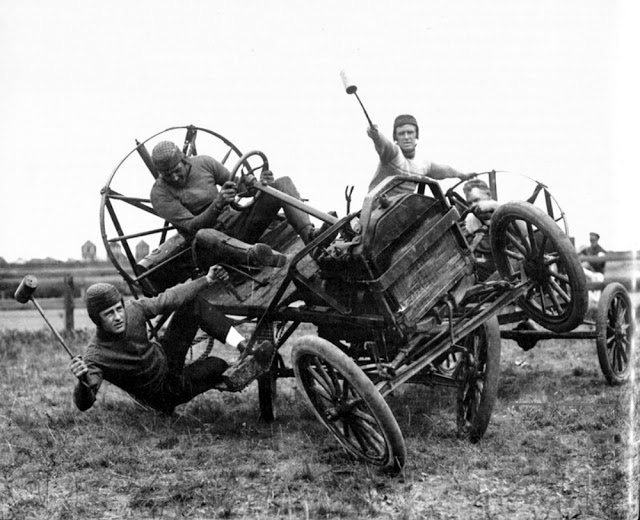