For centuries, people have been putting their faith in horoscopes. But how much of the science behind them is actually real? 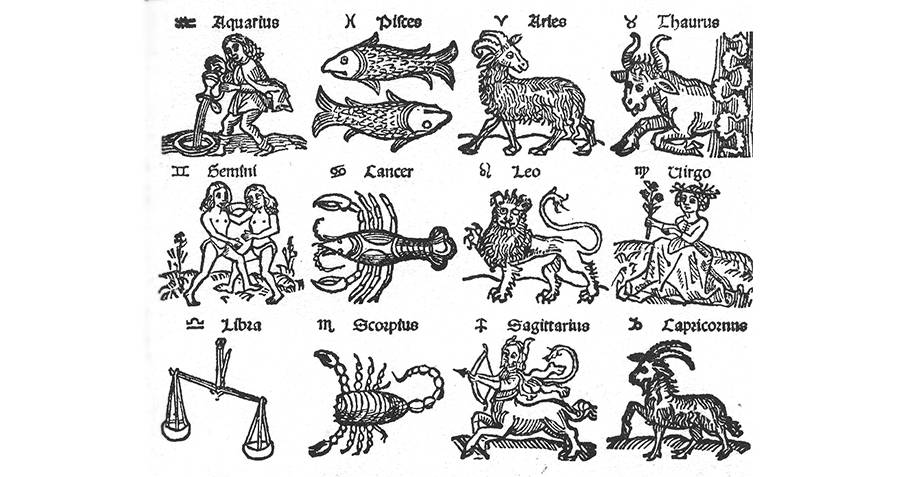 Wikimedia CommonsThe twelve signs of the of the zodiac, which denote your horoscope.

Have something interesting to say about horoscopes? Tell us below!

If you’re a Pisces, according to your horoscope today, now is apparently your time to shine. If you’ve been feeling like a job change lately, go with it. And if you’ve been feeling trapped in your relationship, take some time to spread your wings and fly. When communicative Mercury squares hyperactive Mars, who knows what could happen!

When it comes to horoscopes, there are generally two kinds of people; those who are skeptics, and those who are die-hards. If you found yourself suppressing a giggle at the phrase “hyperactive Mars,” consider yourself a skeptic.

If you found yourself thinking “why yes, I have been feeling like a job change recently,” then you’re probably a die-hard. And, you should probably base your employment on something more than “communicative Mercury.”

Skeptics’ main argument against horoscopes is their place in astrology. They are quick to point out that astrology classifies more as a pseudoscience than an actual scientific method.

At its core, astrology is the belief that the alignment and movements of the stars, planets, sun, and moon at the time of one’s birth profoundly influence the duration of their life.

Though they deal with similar things, astrology is not to be confused with astronomy, which is the study of celestial objects themselves and uses mathematics, physics, and chemistry. Basically, astronomy will tell you the position of the stars, and what they’re made of, but astrology will determine exactly what that position signifies.

Though there is little scientific basis for horoscopes, the die-hards do have a few things going for them – longevity, and constellations. Astrology is one of the oldest practices in the world, and actually follows some rules of astronomy.

Ironically, the zodiac part of horoscopes – the 12 little symbols which horoscopes follow – is rooted in astronomy, at least in part. According to astrology, each person has a star sign, which denotes the particular alignment of the planets and stars and celestial beings at the approximate time of your birth.

The ancient Babylons, who developed astrology and the horoscope more than 2,000 years ago, noticed that a calendar year as we know it was made of 12 lunar cycles. They also noted that the rotation of these lunar cycles seemed to follow a path in the sky, and cross through 12 constellations. 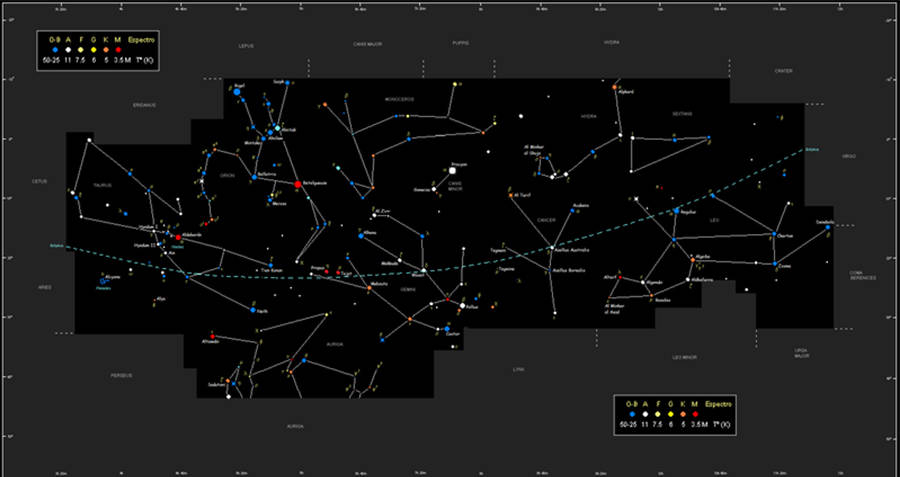 The zodiac signs and the earth’s path through them.

Your horoscope, in short, denotes which zodiac sign you were born under, and the position of the sun while it resides in that particular constellation. And, in some cases, it must work because it’s been practiced worldwide for thousands of years.

However, skeptical scientists wary of astrology have pointed out one major flaw in horoscopes – those who read horoscopes usually begin to put blind faith in them. In other words, they forget that correlation does not mean causation. For example, if their horoscope mentioned problem about to happen in a relationship, they begin to see signs of an issue, even if no real problems actually exist.

Due to the vague nature of horoscopes, which usually provide words of encouragement to do “that thing” that you’ve been wanting to do, they leave room for massive amounts of interpretation.

Thus, people can easily project their own experiences onto the words. Furthermore, when the horoscopes use broad terms and few acute descriptions, it becomes easier to see yourself as one of the people they’re talking about.

At some point, the message that the Babylonians hoped to convey, one of religious explanation, was lost, and horoscopes became simply another thing that papers could peddle to the masses. There are people all over the world who make it their life’s work to interpret the stars, though one can only wonder if they really believe in the hullabaloo or just enjoy their steady paycheck.

The horoscopes of today, the little blurbs that live in the back pages of Cosmo, are more for the reader’s enjoyment than the furtherment of astrological science. They are often contradictory, as one week you could be encouraged to finally settle down and the next encouraged to take a spontaneous vacation, and usually comprised of vague and nondescript buzzwords.

In reality, you probably believed what your horoscope had to offer last week because whoever wrote your horoscope used wild generalizations that apply to 80 percent of the population – not because Venus was in your third house and caused Jupiter to be judgy.

Next, take a look at what year it is according to the various calendars of the world. Then, learn more about astronomy by taking a look at these amazing images from the Hubble telescope.