Ice hockey is believed to have evolved from simple stick and ball games played in the 18th and 19th centuries in the United Kingdom, Ireland and elsewhere, primarily bandy, hurling, shinty and lacrosse. Arguably the games most influential to the early design of ice hockey were early forms of an organized sport today known as bandy, a sport distinctly separate from ice hockey. These games were brought to North America and several similar winter games using informal rules developed, such as shinny and ice polo, but would later be absorbed into a new organized game with codified rules which today is ice hockey.

Women’s hockey teams started forming early in the 20th century, though there wouldn’t be a professional league for a long time. Women still played casually hockey for fun, and so before long, they started getting organized.
The first formal women’s match happened in Ontario in 1891; however, women’s teams didn’t really get going until the 1910s and 1920s when college teams started to form in the US and especially in Canada. Below are some vintage photos of women’s ice hockey teams from between the 1900s and 1920s: 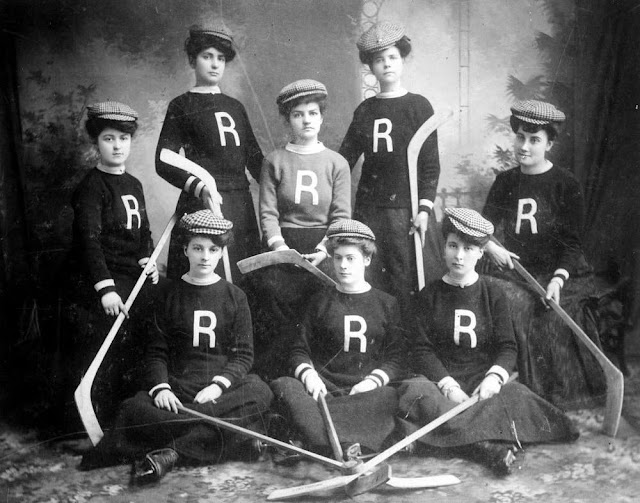 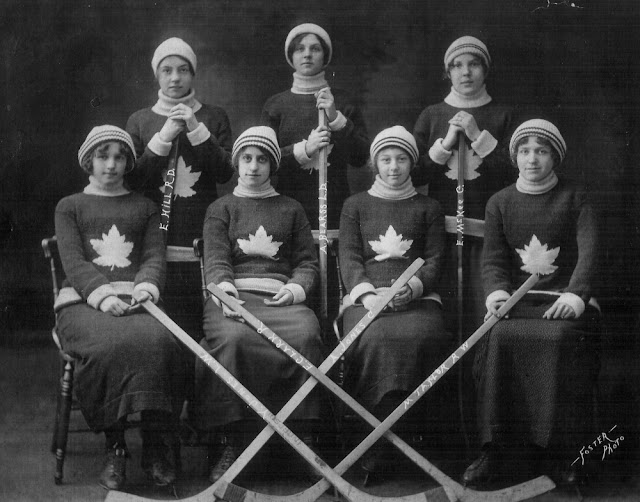 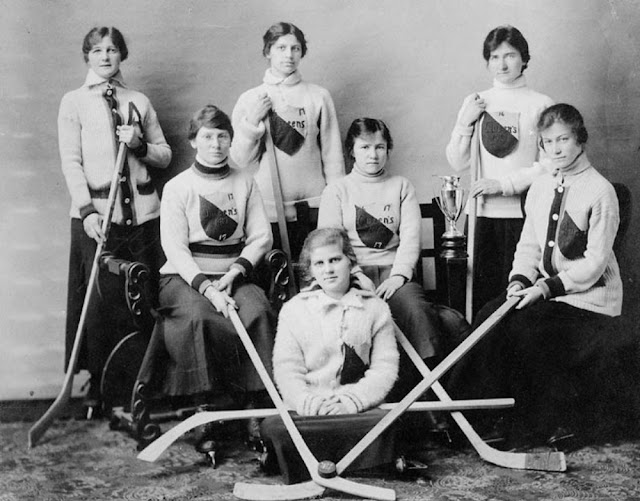 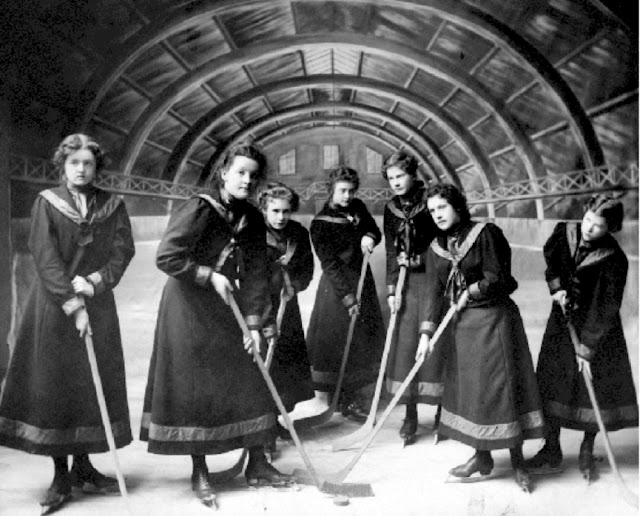 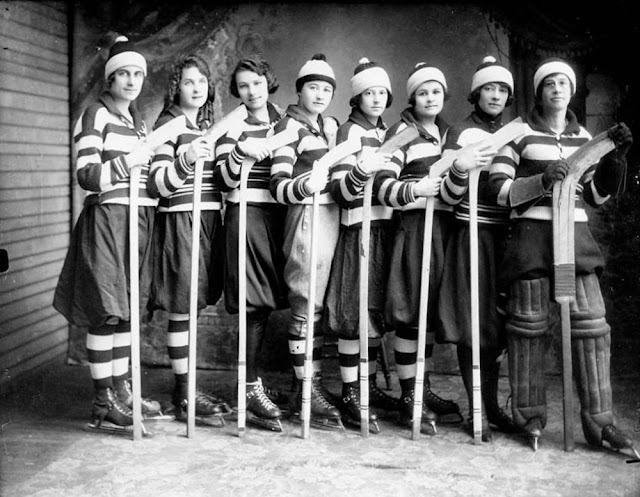