Goldie Hawn sailing around Shepperton Studios outside of London on her Moulton small-wheel bike. It’s 1970 and she’s in the UK starring opposite Peter Sellers in Columbia Pictures’ romantic comedy There’s a Girl in My Soup. 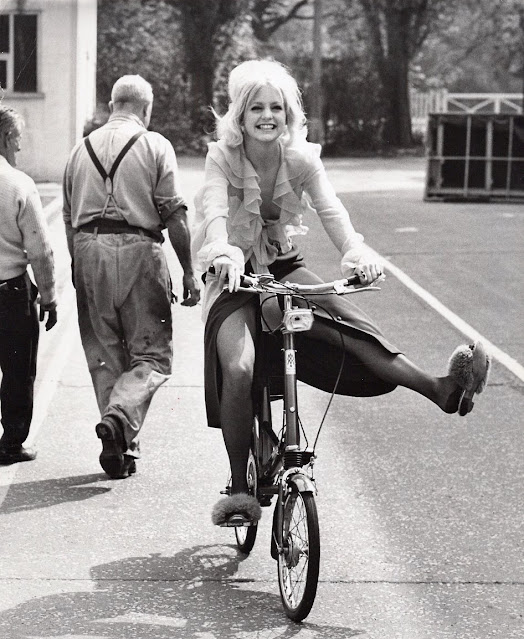 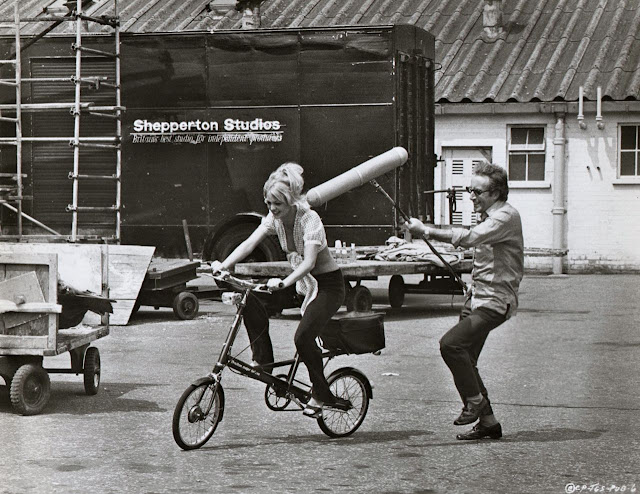 There’s a Girl in My Soup is a 1970 British romantic comedy film based on the long running stage play, directed by Roy Boulting and starring Peter Sellers and Goldie Hawn. The film is based on the stage comedy There’s a Girl in My Soup, written by Terence Frisby It ran for six and a half years in the West End, from 1966 to 1973, including three years at the Globe Theatre (now The Gielgud), breaking records to become London’s longest-running comedy. This record was later broken by No Sex Please, We’re British and then Run for Your Wife.

Film rights were bought in 1967 by Columbia and Nat Cohen. Eventually Mike Frankovich became producer and the Boultings directed. Goldie Hawn signed in January 1969. A novelization of the film, written by Raymond Hitchcock, was published in 1971.
(via Rides a Bike)