Lori Maddox was obsessed wth sex, drugs, and rock and roll, and they were just as obsessed with her – despite the fact that she was just 14 years old. 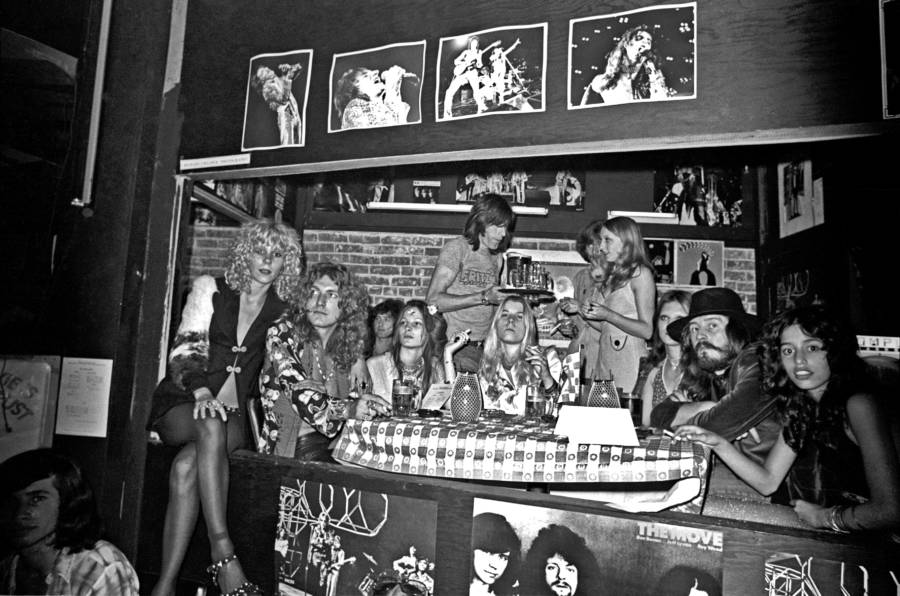 In 1970s Las Vegas, you were hard-pressed to find someone who wasn’t either a groupie or someone who wanted to be. The lifestyle was one people fantasized about, leaving home, living on busses, following legendary rock stars from city to city and getting just the faintest glimpse into their lavish lifestyles. Not everyone could handle it, and those who could became almost as famous as the stars. One, in particular, was Lori Maddox.

The only problem? Lori Maddox was 14 years old.

Fresh out of junior high school, Maddox met Sable Starr, who became known as the “queen of the groupie scene.” Starr, also underage at the time, pulled Maddox into her perverted world, the after-hours parties on the Sunset Strip.

She and Starr were at the E-Club, one of the nightclubs that dotted the strip and played host to rock stars, and turned a blind eye to drug use and girls that might not be of legal age. Bowie, eleven years her senior at the time, scared her at first. When asked about meeting Bowie, she described him as, “hair the color of carrots, no eyebrows, and the whitest skin imaginable.” She pretended she was with someone else to avoid going back to his hotel room with him.

By five months later, her fears had subsided, and she had lost her virginity to him.

When she wasn’t getting down and dirty with rockstars, Maddox could have been mistaken for any other teenage girl. During the week she went to school, lived at home with her mom, and hung out with her sisters. On the weekends, she snuck out while her mom was at work, and frequented seedy nightclubs with much older men. Despite what seems like an obvious problem, Maddox never considered her lifestyle unusual. In fact, she reveled in it.

Not too long after her tryst with Bowie, Maddox got a phone call from Jimmy Page, guitarist and founder of Led Zeppelin, the biggest rock band in the world at the time. He invited her to his hotel and even sent a limo to collect her. 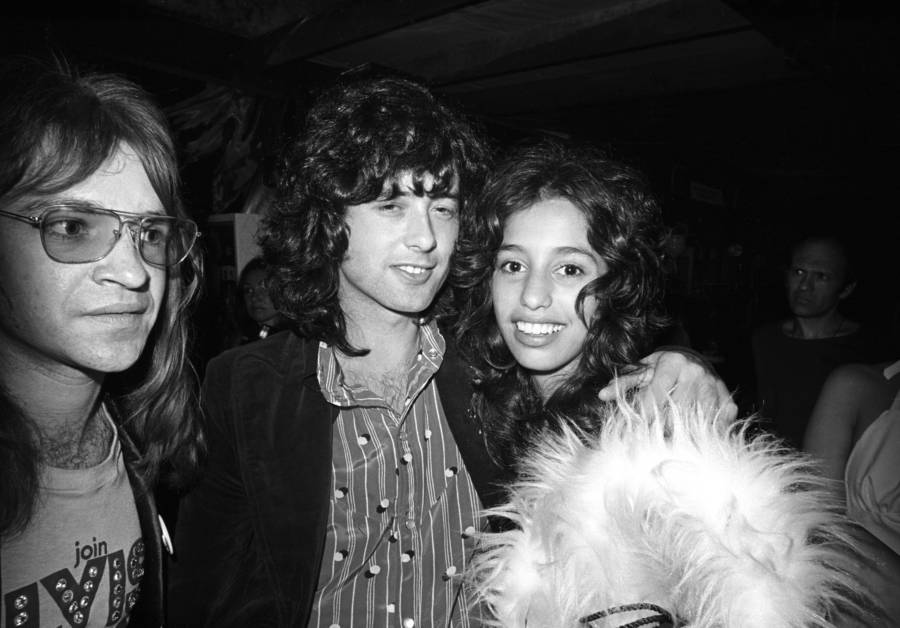 “I felt like I was being kidnapped,” she said. “I got taken into a room and there was Jimmy Page.”

If there were ever a time for it to click that her lifestyle was far from average, it should have been then, standing in the bedroom of a man quite literally double her age. But, despite the hostage-situation-like vibes, Lori Maddox didn’t run. Instead, she fell in love.

“It was perfect. He mesmerized me,” she said of the evening. “I fell in love instantly.”

Their relationship was secretive and tumultuous and constantly overshadowed by Maddox’s age. But, Page clearly didn’t care. As Maddox was underage she couldn’t travel state-to-state with the band in their jet, so she would sequester herself in Page’s hotel room, and wait for him to return. Eventually, her life outside of being a groupie began to suffer.

“My whole life was about waiting for Jimmy,” she said. “I tried going to high school, but I couldn’t concentrate. And after Jimmy Page and David Bowie, what was I going to do with a North Hollywood boy? I didn’t go to high school prom because I was too busy living the Hollywood prom.”

Then, suddenly, the fairy tale ended. As rock stars do, Jimmy Page eventually moved on, and one night after returning from a show, Maddox found him and Bebe Buell – eventual groupie/lover of Steven Tyler, and mother to his oldest daughter, Liv Tyler – in bed together. After that, her attitude changed. No longer was she there for love, she was there for fun.

Before she turned 18, Lori Madoxx would take shots with John Bonham, do several different drugs with Iggy Pop, have sex in a bathroom with Mick Jagger, and find herself in a bar fight between Paul McCartney and John Lennon.

Despite her foray into the illicit lifestyle of sex, drugs, and rock and roll all well before she reached adulthood, Maddox has no regrets. In fact, she says, she never felt better than she did all those years.

“I feel like I was very present,” she said. “I saw the greatest music ever. I got to hang out with some of the most amazing, most beautiful, most charismatic men in the world. I went to concerts in limos with police escorts. Am I going to regret this? No.”

Next, read about Cyntha Plaster Caster, a groupie who turned her rock stars into interesting pieces of artwork. Then, check out these groupies who changed music history.