In 1968 the choreographer and mime artist Lindsay Kemp let Bowie appear in his show Pierrot in Turquoise, it was said, in return for sex. Kemp was a fantastically camp character, very self-consciously avant-garde, and once described a performance of his at school.

“I first danced Salome in the dormitory of my boarding school, naked except for layers of toilet paper, heavily rouged with the red paint I’d rubbed off the wall. The boys in the top bunks played mouth organs, and I danced to entertain them. I was busted, of course, not for the decadence of my performance but for the wastage of school resources, namely the toilet paper.”

Kemp and Bowie had a very close working relationship and Kemp would become a huge influence on the future star especially in the creation of alter ego characters on stage. Thus Kemp, indirectly through Bowie, influenced an innumerable amount of performers and bands over the next twenty years or so.

After a few weeks of performing together in Pierrot in Turquoise Bowie disappeared one night with the artistic director of their show – a woman called Natasha Korlinov. Lindsay Kemp was devastated and tried to commit suicide by cutting his wrists, failing however in his attempt. Two months later Bowie returned back to Kemp, but unfortunately this time it was the turn of Natasha to try and kill herself, eventually surviving an overdose of sleeping pills.

In 1968 Bowie, as a solo mime artist, opened a show for Marc Bolan’s Tyrannosaurus Rex – the performance was apparently a version of the Chinese invasion to Tibet. Performing with Bolan meant that Bowie was introduced to Tony Visconti who was producing T-Rex at the time. Bolan and Bowie were at similar stages of their career – both incredibly ambitious but wavering between different musical styles and ideas – but desperately looking for an approach that would find them success. Visconti became the catalyst that realized this for both of them. 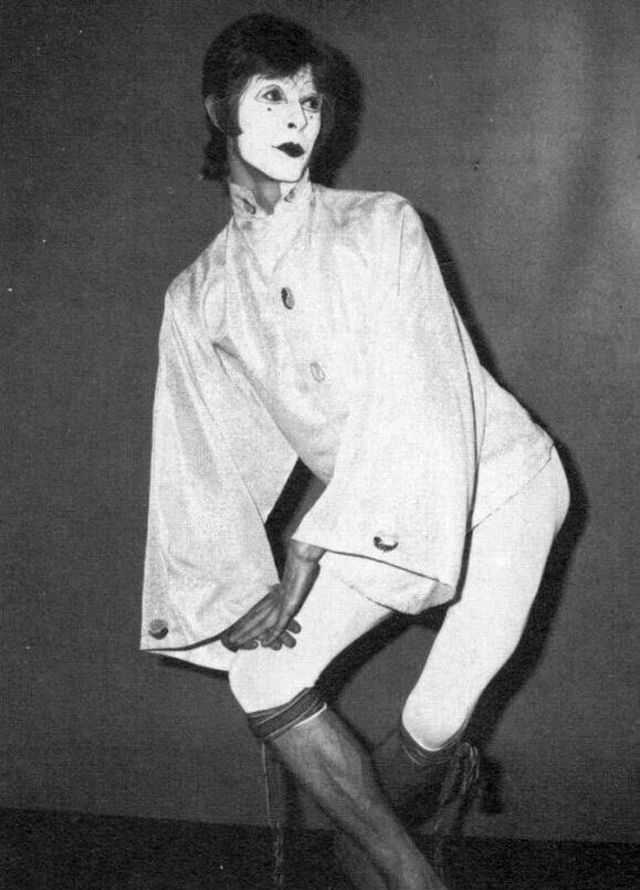 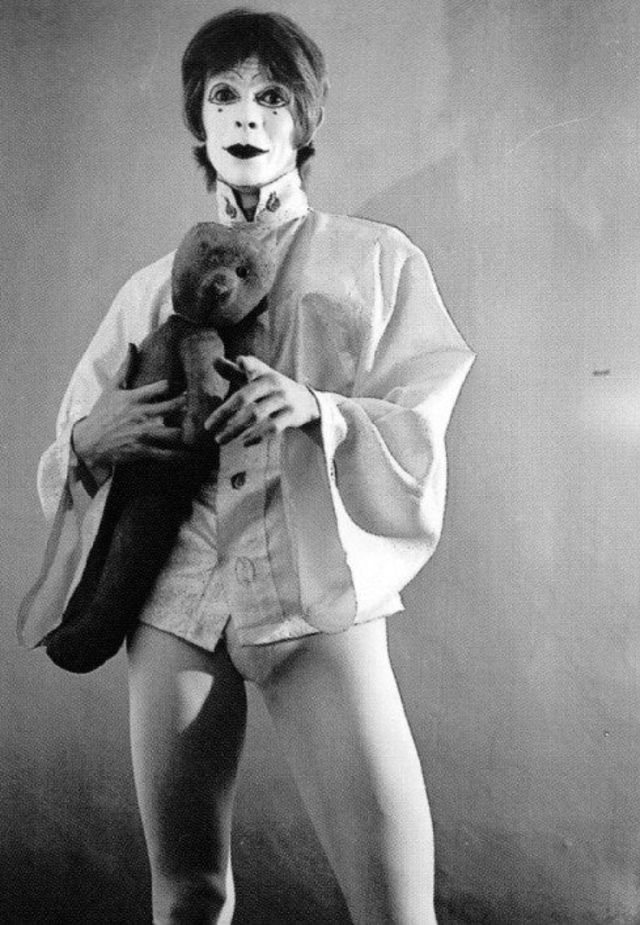 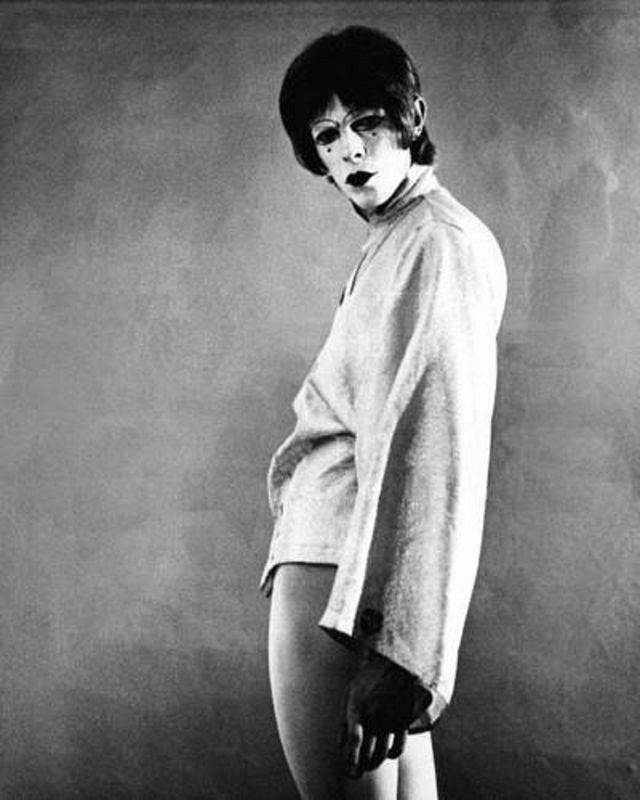 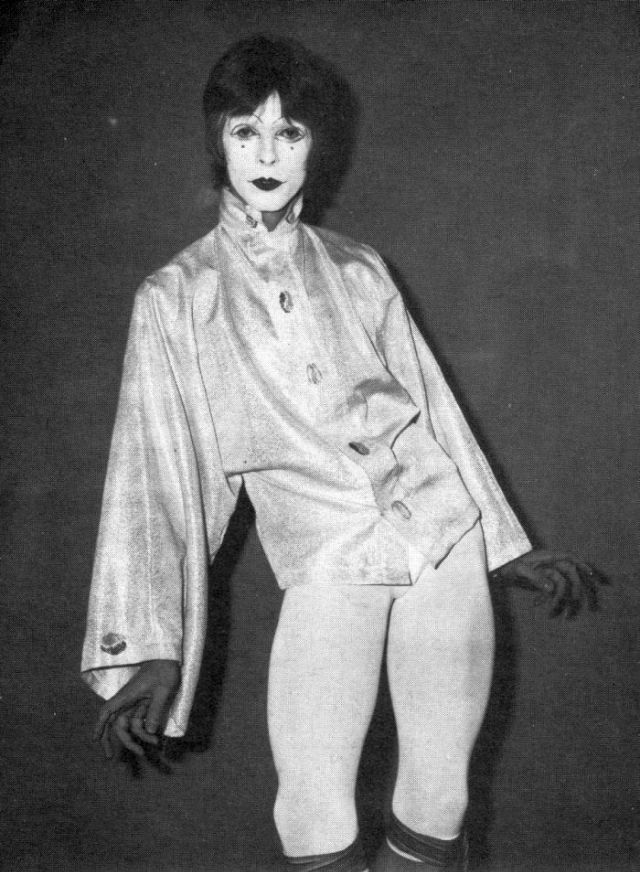 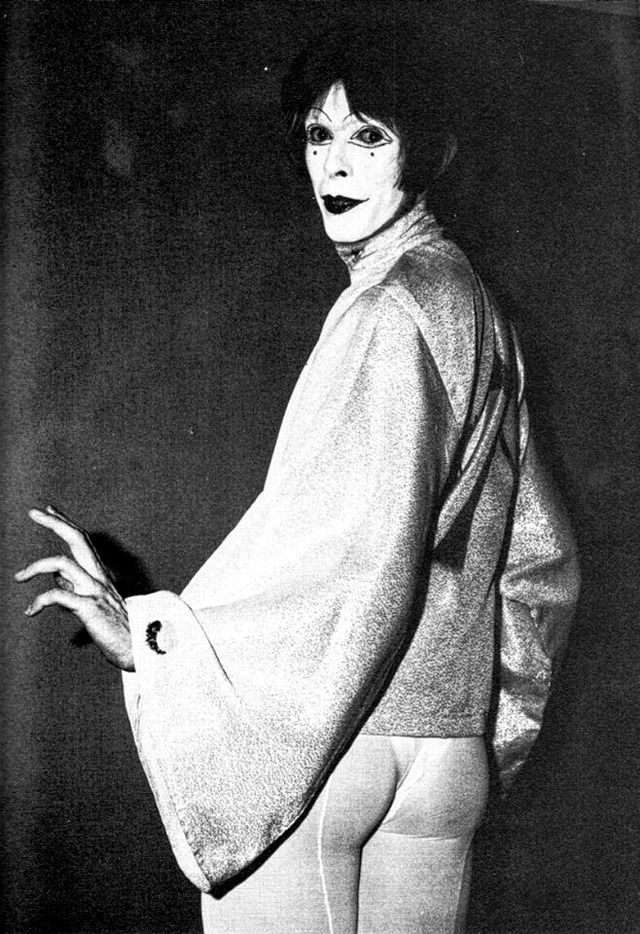