The city is home to several UNESCO World Heritage Sites, and is well known for its architecture and its display of Russian architecture, particularly its historic buildings such as the Saint Basil’s Cathedral, the Red Square, and the Moscow Kremlin

Moscow is served by a comprehensive transit network, most notably the Moscow Metro, the busiest metro system in Europe, and one of the largest rapid transit systems in the world.

With over 40 percent of its territory covered by greenery, it is one of the greenest cities in Europe and the world.

These fascinating color photos from Gorm Helge Grønli Rudschinat that captured street scenes of Moscow in 1955. 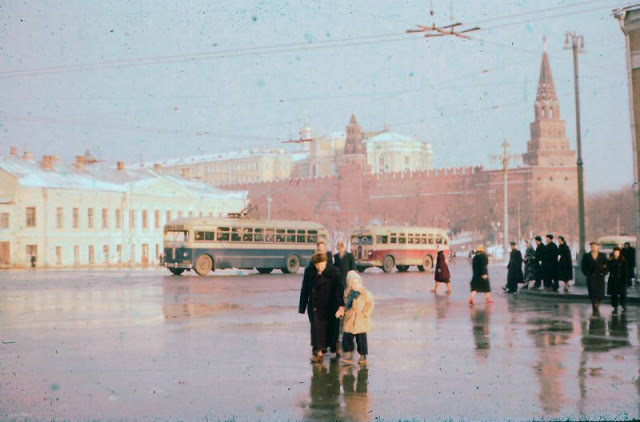 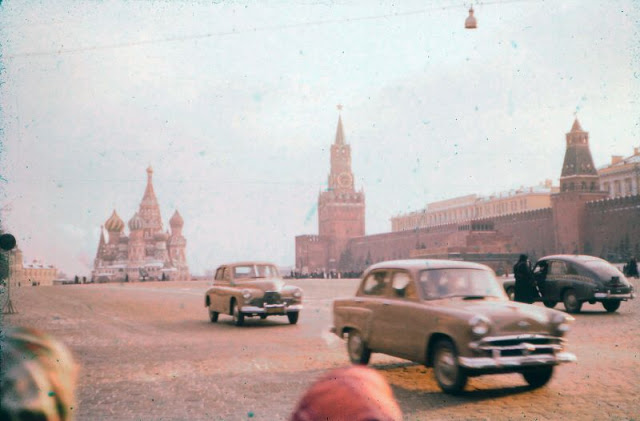 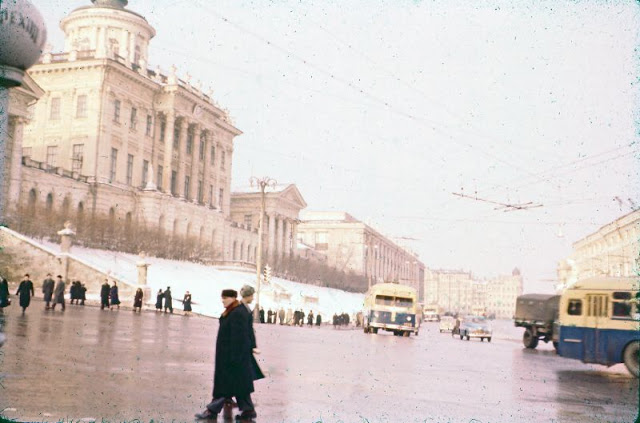 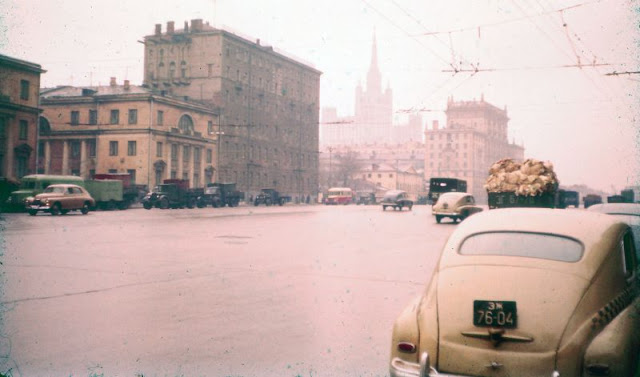