In 1907, Raphael Tuck and Sons published a series of postcards featuring animal couples having breakfast in bed. The happy looking animals are drinking tea and have foods they would presumably enjoy, such as a robin and mice for the cats, biscuits for the spaniels, porridge for the three bears and mushrooms for the frogs. Strangely the geese and chickens both have eggs on their trays.

The cards were sold in the USA and Great Britain, with some designs also being sold in Canada, Italy and France. The series must have been popular, because another series was released in 1908, and more sets appeared in later years. Some were plain, others were sold as Christmas or New Year’s cards, and others were sold as souvenir postcards at various British resorts. 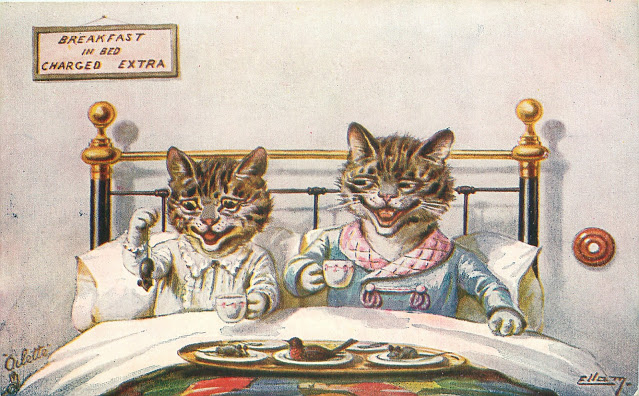 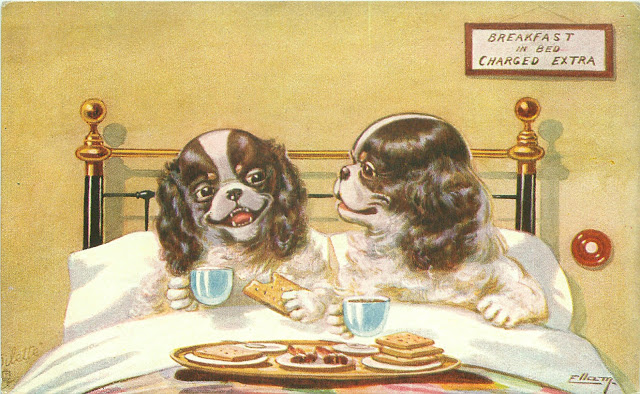 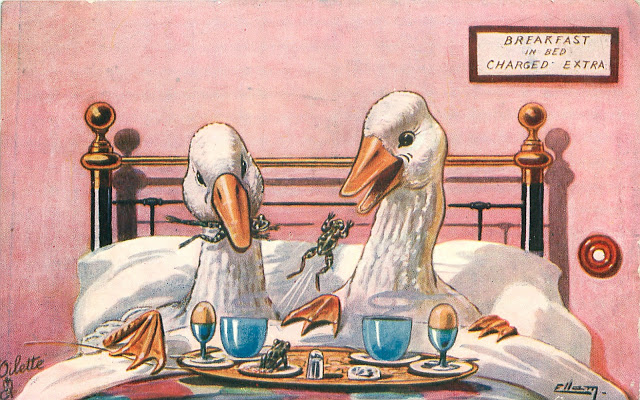 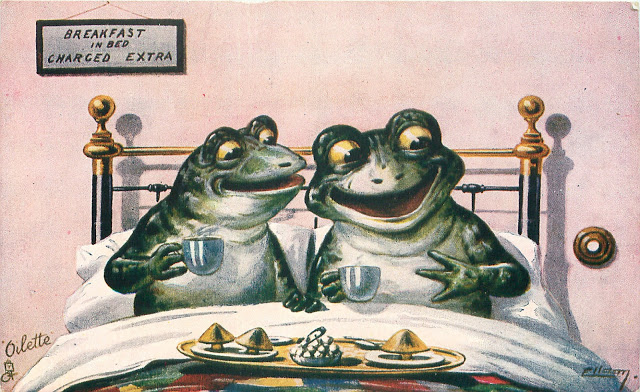 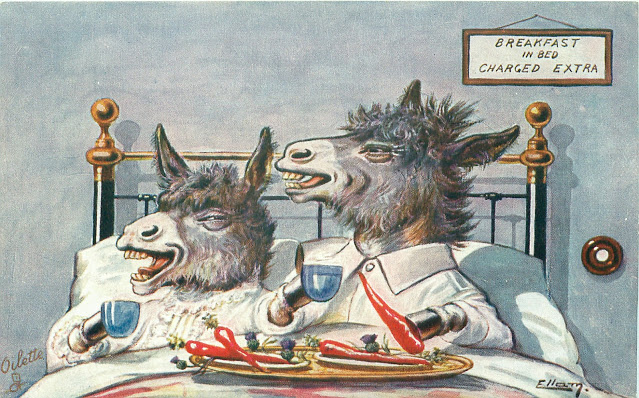