During the First World War, the size and scale of some of the weaponry produced devastating wounds and losses on soldiers. In order to provide some protection to the men in the front lines, armies explored the possibility of providing them with different types of armor. 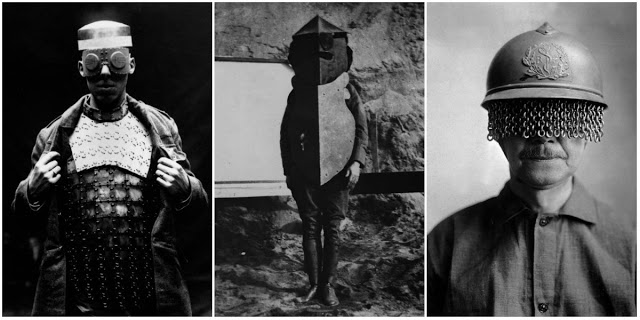 Soldiers in the British army at the outbreak of the war were not provided with much in the way of protective clothing. The British military uniform for the time was made of hard-wearing brown khaki which did, at least, provide a measure of camouflage in the fields of France and Belgium but was not designed to provide any protection to the body of the wearer.

The British and French armies began to equip men with steel helmets in 1915 in a bid to protect the heads, one of the most vulnerable parts of the body in trench warfare, of their men from falling debris and glancing blows from bullets or shrapnel. Despite the utility of these helmets, they still left something to be desired. The German-designed Stahlhelm provided better protection to both the head and the shoulders of their soldiers. These helmets became so synonymous with the German army that allied nations proved reluctant to design similar headwear in case it led to confusion in the trenches.