Of course, it didn’t have voice prompts and GPS, but we all need to start somewhere.

The principle is quite simple. The screen manually scrolls paper maps that are attached to a cable that similar to a modern mechanical speedometer. Thus, the scroll rate of the map is proportional to vehicle’s speed. The problem is, if a motorist made a turn, he would have to change the map and find it on his current location. Oh well. Nothing is perfect… 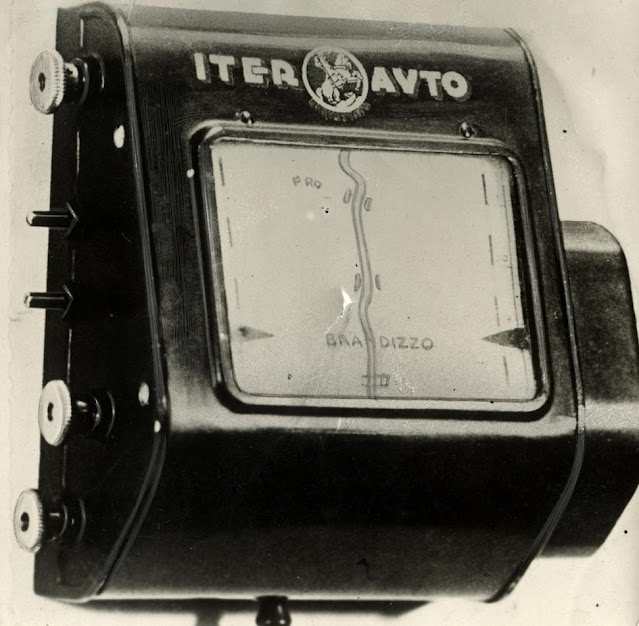 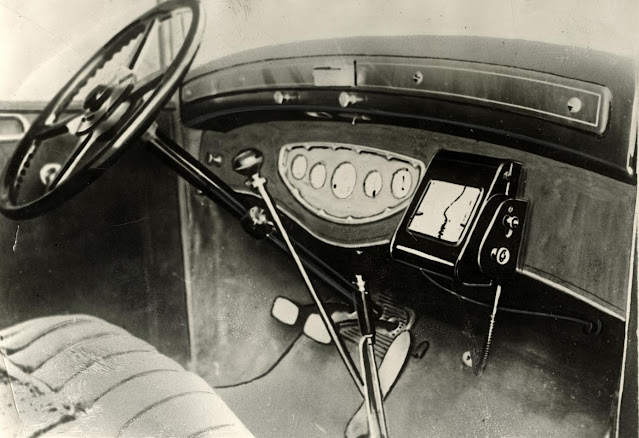 Developed by Touring Club Italiano, the Iter Avto added a level of automation by tethering the map scroll to the car’s speedometer. Users of this system would insert map scrolls for their chosen routes. Map routes would indicate any gas stations as well as road features likes bridges. The device was connected to a speedometer that kept the scrolling of the map in proportion to the speed of the car. This seems to be the first device that attempted to show a person’s position in real-time.
An advertisement (in Italian) of the Iter-Auto device. The translation of the advertisement (per Google Translate) is as follows:

The Trade Fair in Milan this year has seen the triumph of a manifestation of Italian genius and intelligence!
Technicians, amateurs, sportsmen all have fairly recognized and claimed the practicality and usefulness of „Iter-Auto” an elegant and practical motorway guide which each driver will feel the need to implement in a quick and easy step to the dashboard of his car!!!
Motorists, the Iter-Auto is your Patron Saint on earth who will guide you by the hand in your travels, showing with impeccable accuracy, by means of a route-map turning on in perfect sync with the progress of your car, the way ahead as well as any practical data or information of continuous need, such as: Junctions – Bridges – Bumps – Level crossings – Dangerous turns – Fuel stations – Aid stations – Garages – Hotels etc. advising the driver on time (about 3 km. before the danger) to slow down.
No more stopping to peer at the often illegible guideposts or check inconvenient maps which are often indecipherable to the layman.
No more breakdown due to lack of fuel. 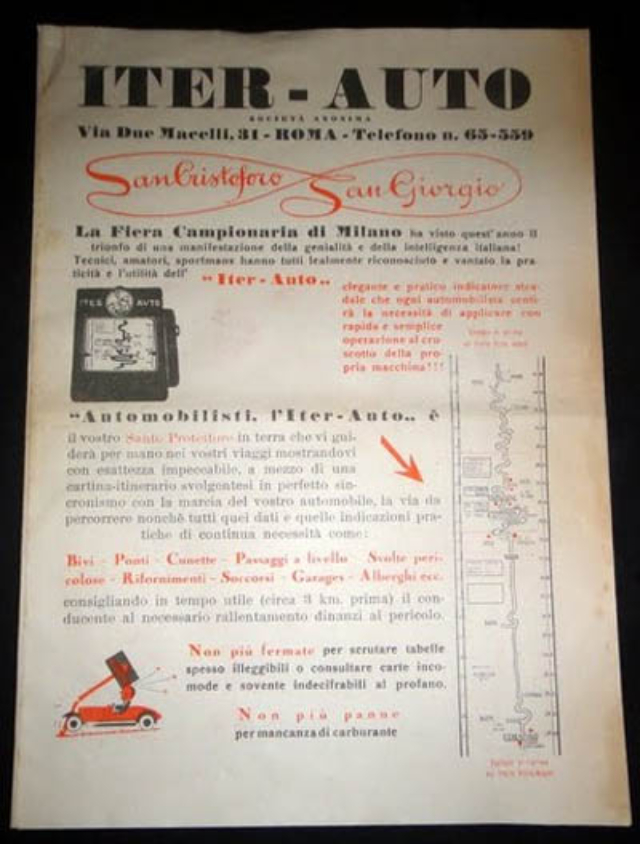