Spanning from approximately 1905 to 1915 in the United States, the golden age of postcards stemmed from a combination of social, economic, and governmental factors. Demand for postcards increased, government restrictions on production loosened, and technological advances (in photography, printing, and mass production) made the boom possible. In addition, the expansion of Rural Free Delivery allowed mail to be delivered to more American households than ever before. Billions of postcards were mailed during the golden age, including nearly a billion per year in United States from 1905 to 1915, and 7 billion worldwide in 1905. Many postcards from this era were in fact never posted but directly acquired by collectors themselves. 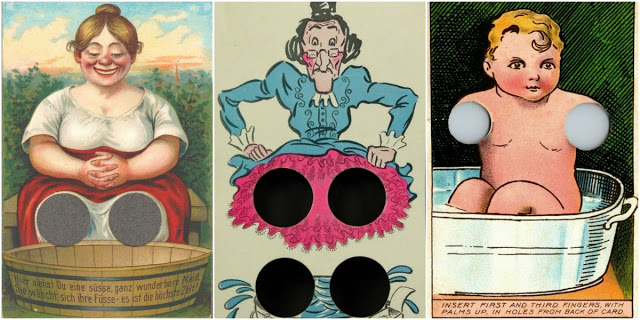 Despite years of incredible success, economic and government forces would ultimately spell the end of the golden age. The peak came sometime between 1907 and 1910 for the United States. In 1909, American publishers successfully lobbied to place tariffs on high quality German imports with the Payne-Aldrich Tariff Act. The effects of tariffs really started to make a large impact, and escalating hostilities in Europe made it difficult to import cards and ink into the United States. The fad may have also simply run its natural course. The war disrupted production efforts in Europe, although postcard production did not entirely stop. Cards were still useful for propaganda, and for boosting troop morale.
Here are some examples of novelty cards that have holes in which fingers can be inserted to make the postcard figures appear to have real arms, legs, or even a tongue: 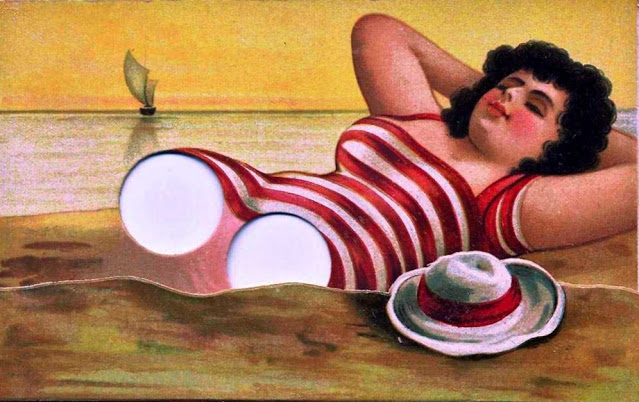 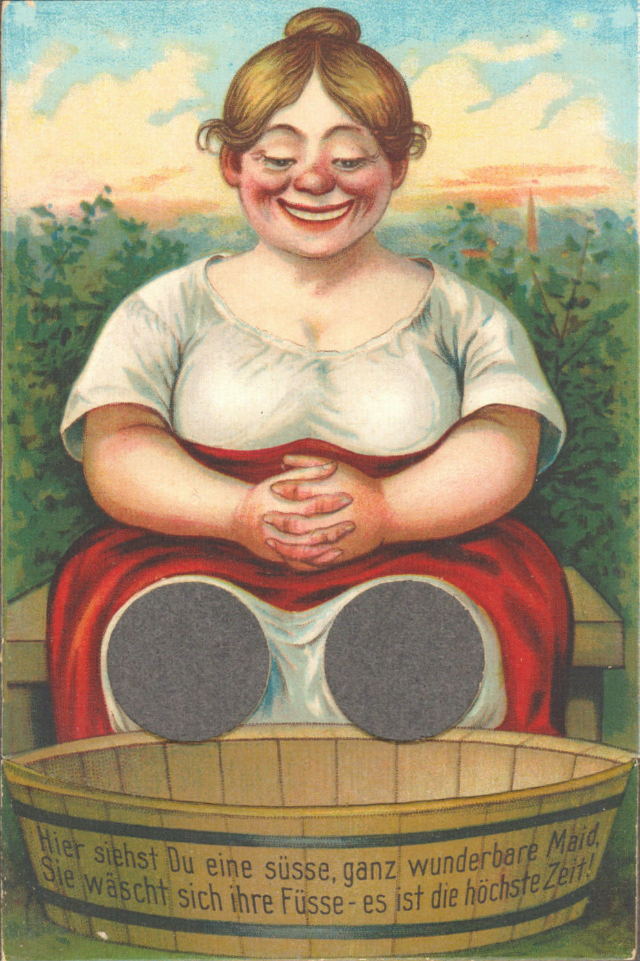 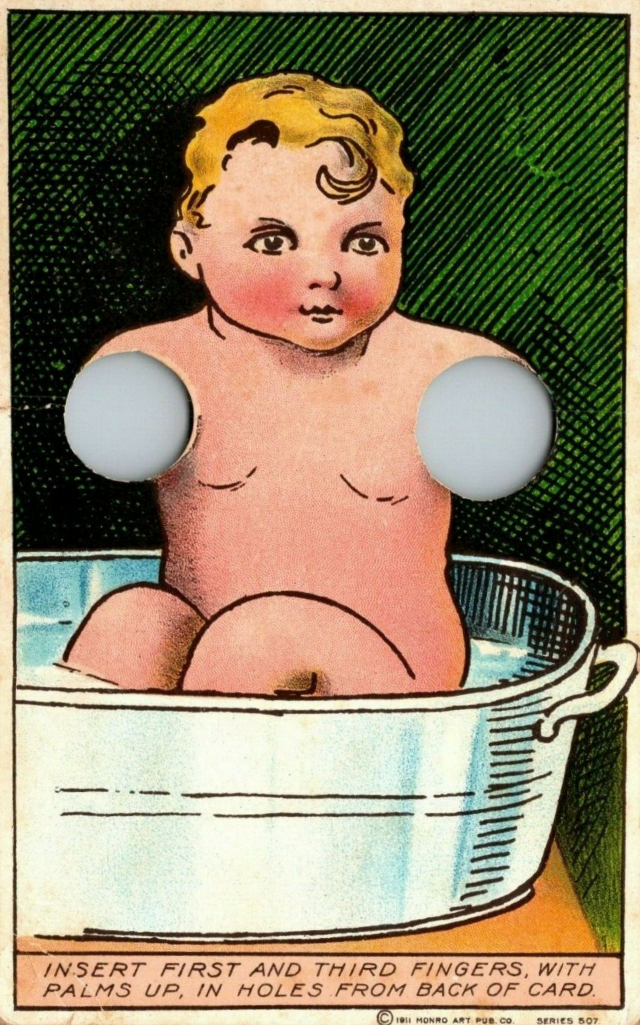 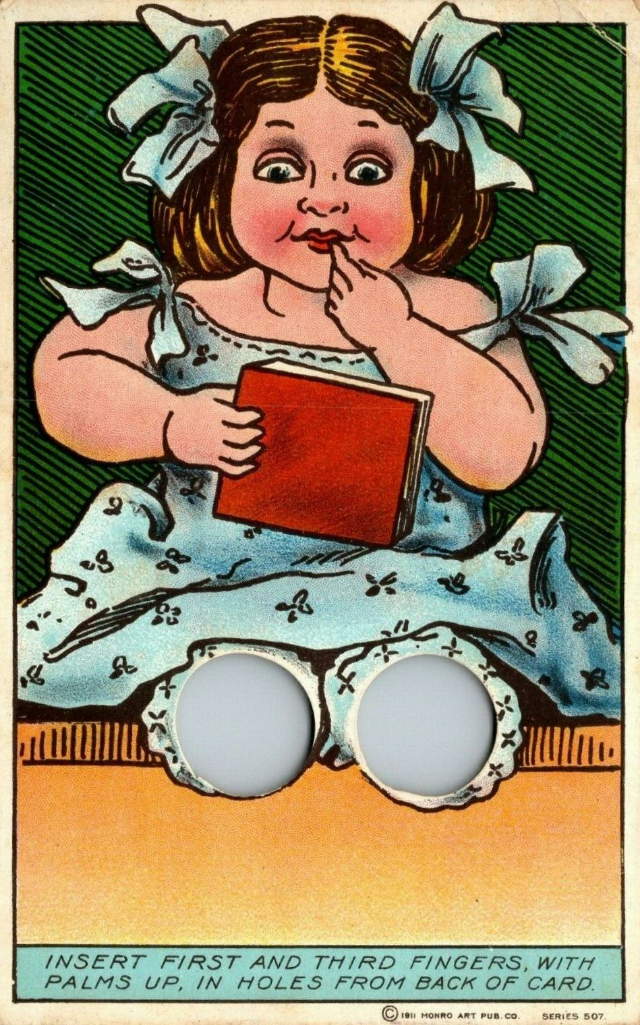 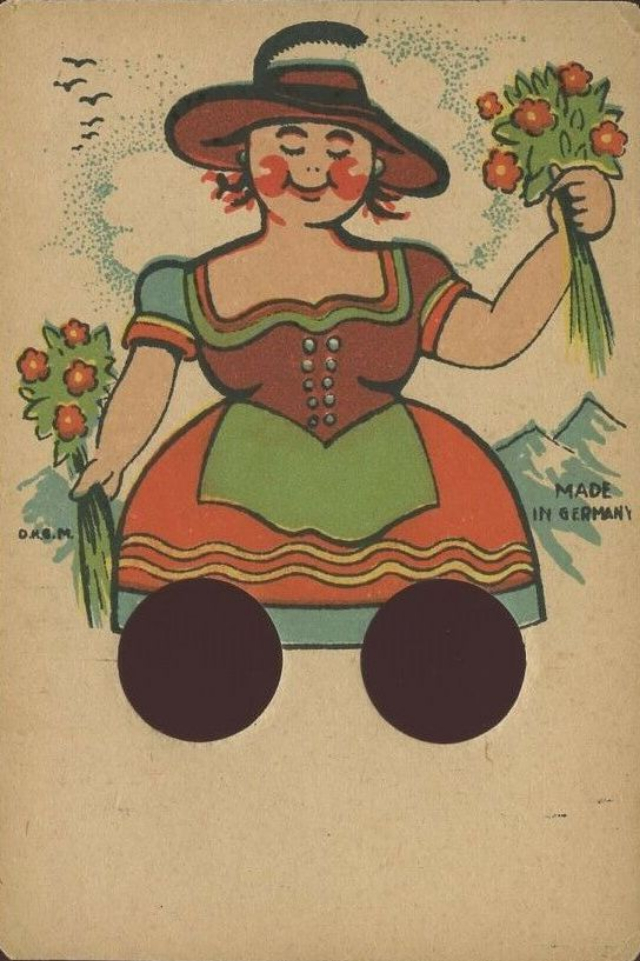