Lust for Life (1956) is an imaginative and beautifully photographed film that vividly captures the genius and personal torment of Dutch painter Vincent van Gogh during the last 12 years of his life. 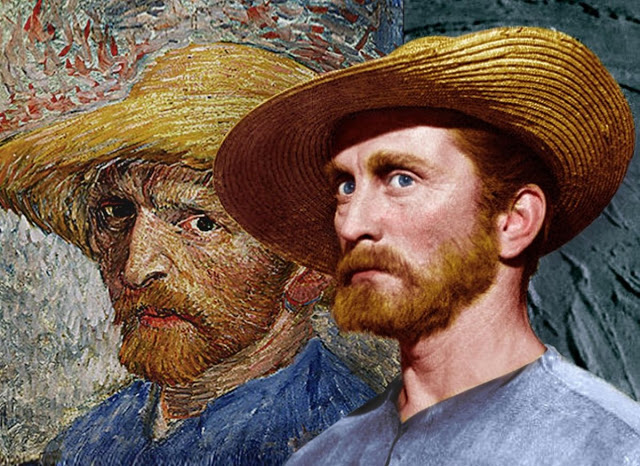 Kirk Douglas gives one of the most remarkable performances of his film career in the role of van Gogh. The actor’s effective portrayal of the anguished artist was rewarded with a best-actor award from the New York Film Critics Circle. However, the coveted Oscar eluded him the same year. That honor went to Yul Brynner for his portrayal of an egotistical monarch in The King and I.

The film’s production company, MGM, had been interested in filming Lust for Life since 1934, when the book of the same name by Irving Stone was published. However, it wasn’t until 1955 that the project was launched with John Houseman as producer and Vincente Minnelli as director. Houseman and Minnelli agreed that Douglas was the only man suited to play the role of van Gogh.

Houseman, Minnelli and Douglas had worked together previously in 1952 in The Bad and the Beautiful. It was during this production that the three had seriously discussed making Lust for Life.

Douglas, who bore a remarkable physical resemblance to van Gogh, took painting instruction from a French artist before filming of Lust for Life got under way.

As is his habit, Douglas immersed himself in the role of van Gogh, living it on and off camera. Douglas’ wife, Anne, later reported how her husband brought his role home each night during filming. “He came home in that red beard of Van Gogh’s, wearing those big boots, stomping around the house – it was frightening.”

Lust for Life was filmed on location in southern France and includes scenes at the asylum in Saint-Remy-de-Provence where van Gogh had himself institutionalized for 12 months in 1889 and 1890. Additional segments were filmed in The Hague, where van Gogh studied painting.

A madman, a failure, a suicide, dead at 37 — and yet, today, one of the most famous artists of all time. Van Gogh did not sell a single painting before his death in 1890. Now, his work is among the most expensive art ever to be sold at auction. And, as the photos below demonstrate, he had a doppelgänger in Kirk Douglas. 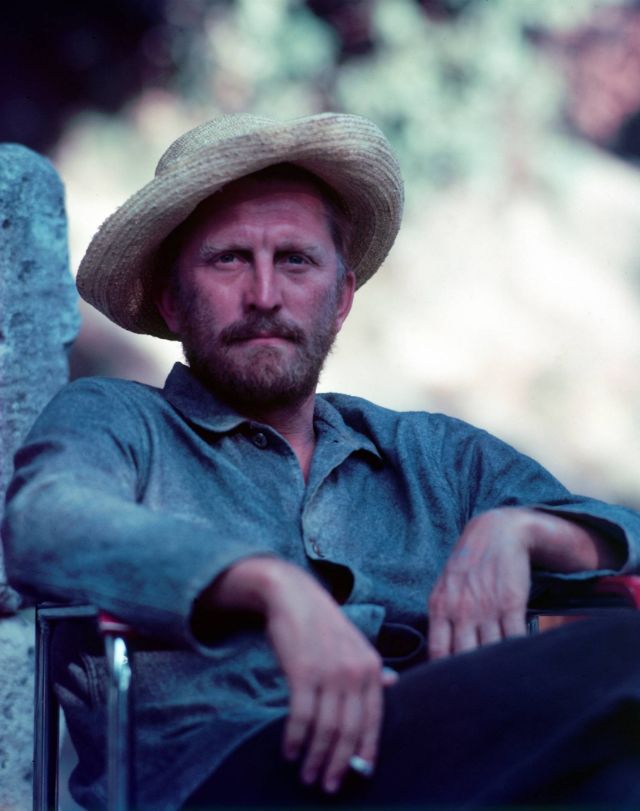 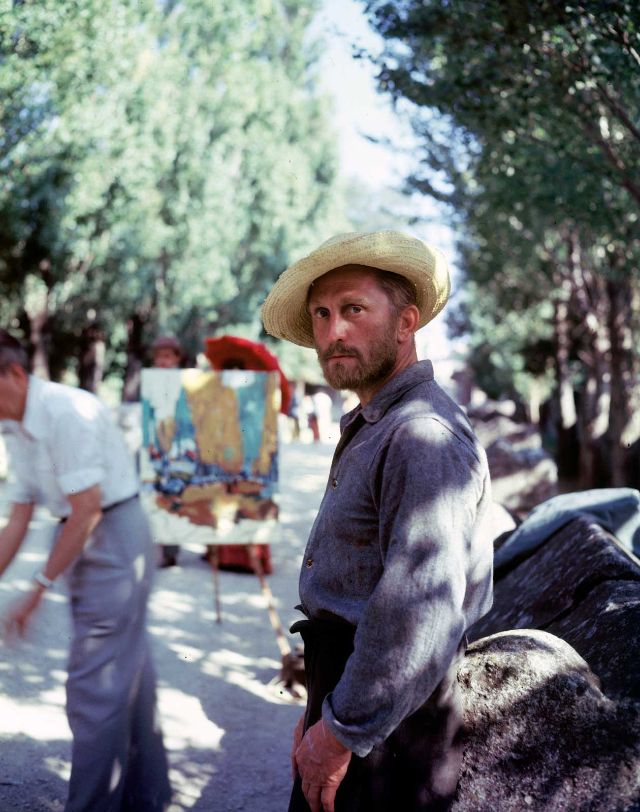 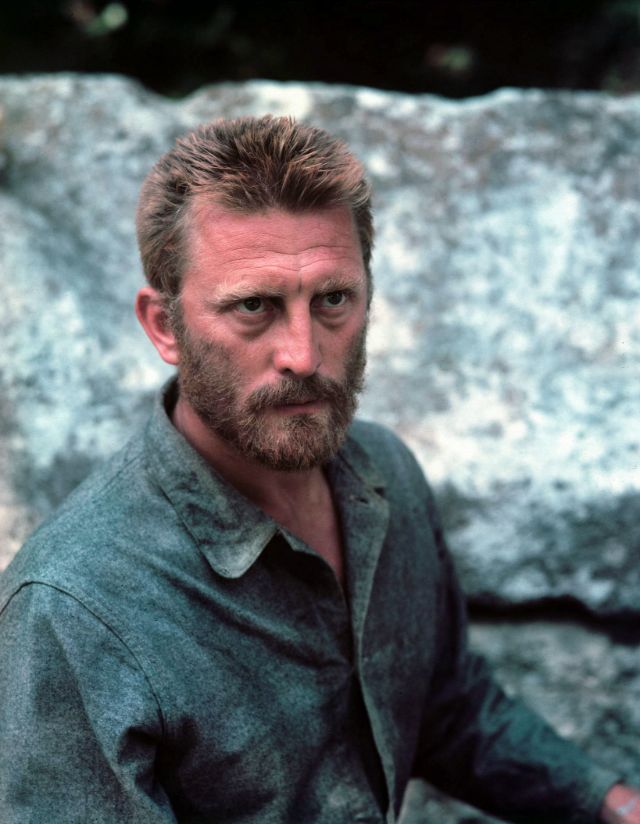 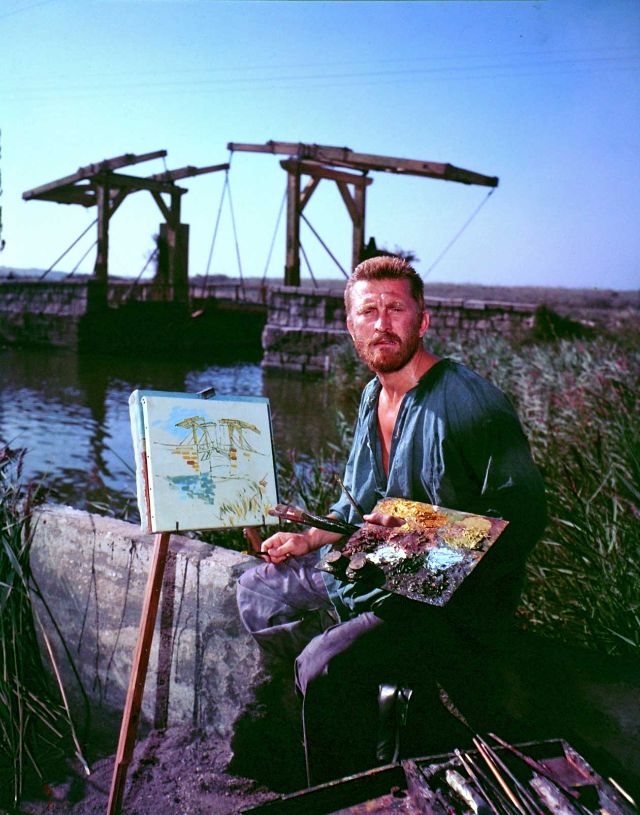 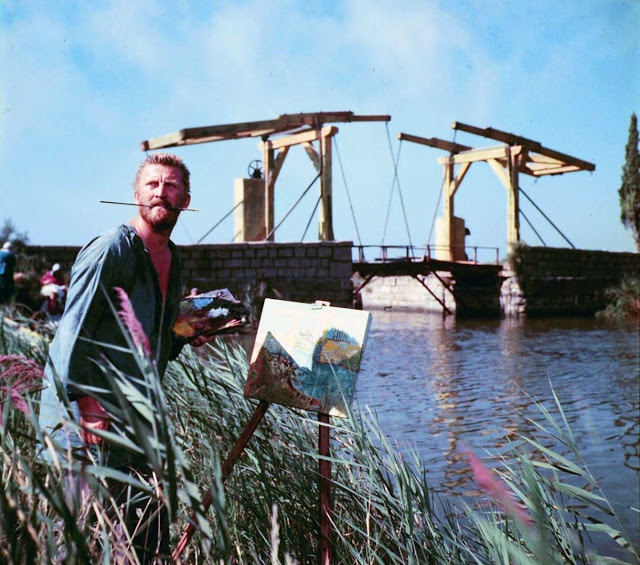