A set of amazing photos from Sten-Åke Stenberg that shows everyday life at a refugee camp in Småland, Sweden during WWII. 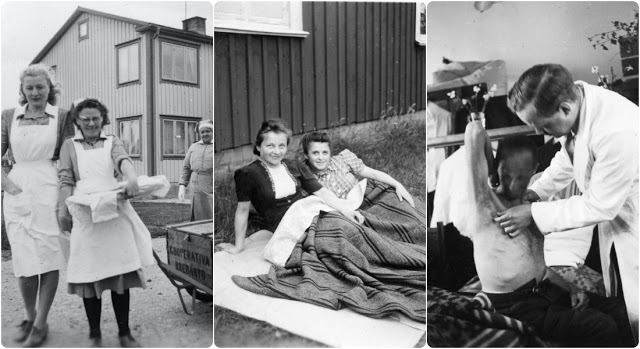 “I found a little album in my uncle’s (James Waldemar Stenberg) belongings. During a period of time he lived together with two sisters. One was Emma Johansson and she appears on the second photo in this set. They never told me very much about their lives, but this little album unveals that Emma worked in a refugee camp during the Second World War.”

“It is possible to see a box on one photo with the text Kooperativa Bredaryd. That is pretty close to were he and the sisters lived when I was a child (Smålandsstenar). It was a big refugee camp close to Bredaryd in Öreryd. It was mainly Norwegians that stayed there. The people on these photos look more like they are from East Europe.” 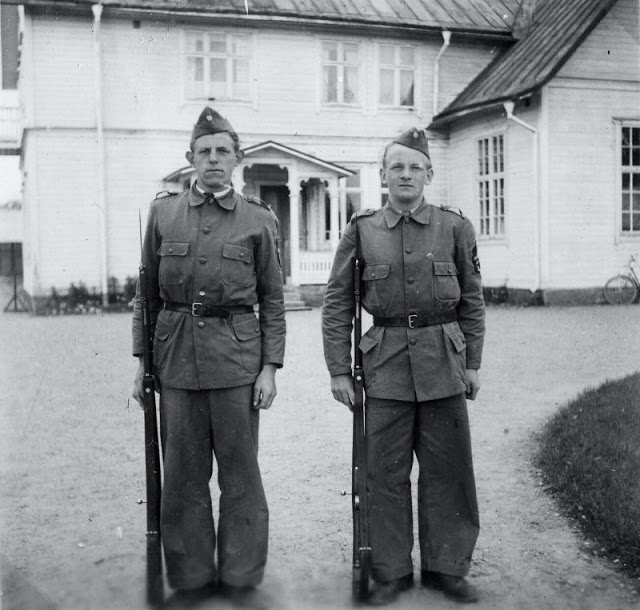 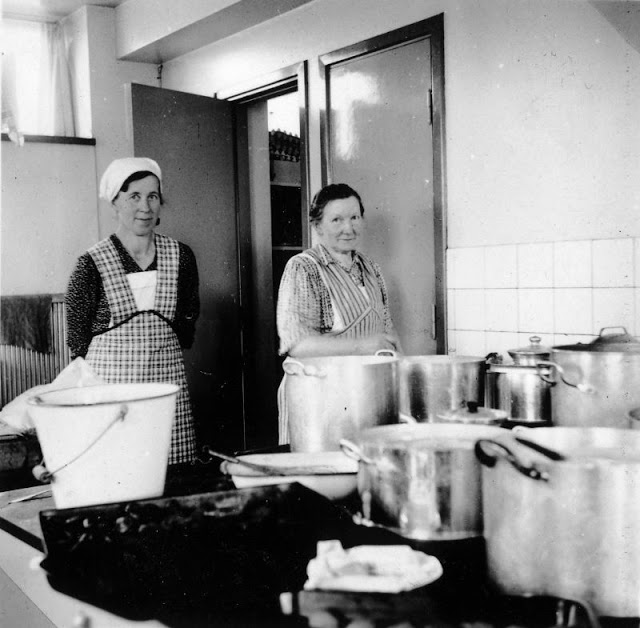 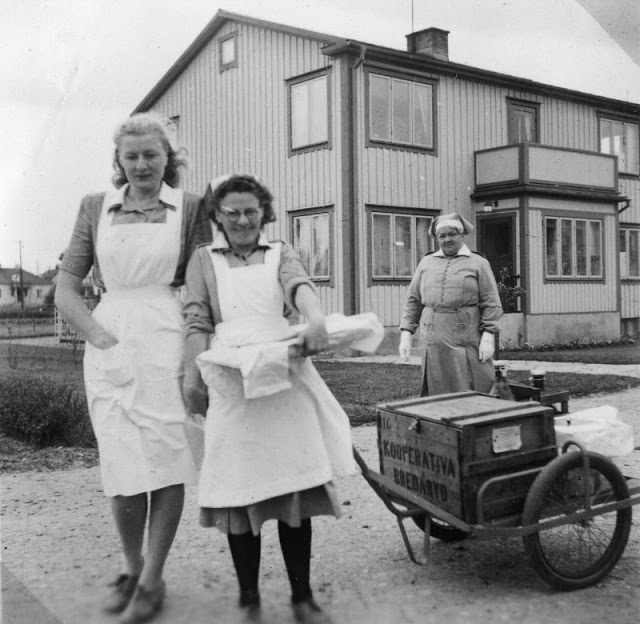 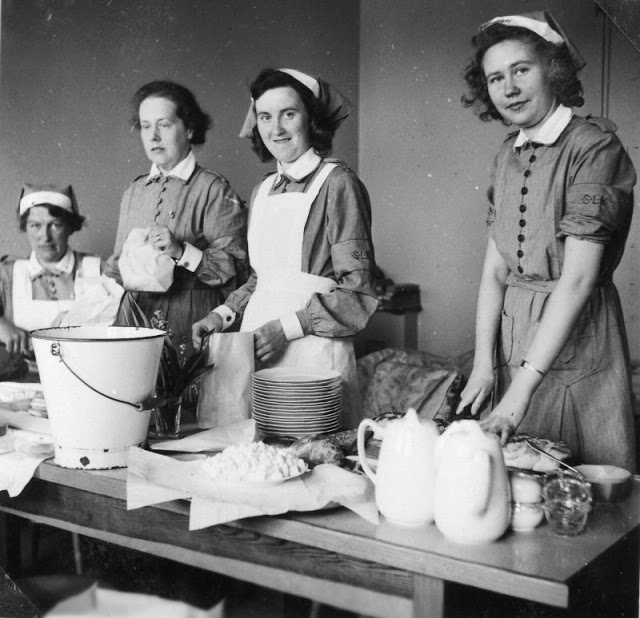 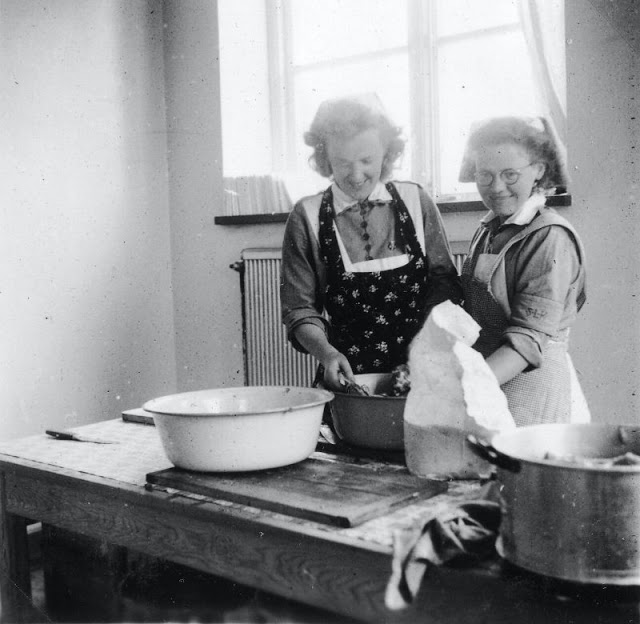