Jurgen Vollmer captured these images of George Harrison with wind-blown, slicked back hair during and after a ferry ride on Hamburg Lake in Spring 1961. By this time, The Beatles had adopted the brushed forward hairstyle worn by Vollmer, Astrid Kirchherr and Klaus Voormann. Vollmer recalled: “…occasionally George would comb his hair forward, but always combed it back again. He said the Rockers gave him funny looks.”

In 1960, Astrid Kirchherr took some superlative photos of The Beatles in Hamburg. She took none at all in 1961, scaling back her work to help out Reinhart Wolf. His other assistant Jurgen Vollmer made up for it. Early in this second visit he asked George to go out with him for a few hours for a solo session, and George agreed, slipping into his leather jacket and greasing back his quiff. The others showed their intrigue with nods and winks. They knew Jurgen had a crush on George; he sometimes wore an I LIKE IKE badge he’d altered to read I LIKE GEORGE. “It was chemical,” said Jurgen. “I liked George the most. He was very quiet and shy, like me, and also a dreamer.”
This was an experimental day, because Jurgen had never done a photo session before. He was using a Rolleicord camera borrowed from Wolf, probably the same one Astrid had used for her first shoot. The results were similarly excellent. He fired off a role of twelve black-and-white photos on the Alster ferry, and eight more frames on the landing stage at Winterhuder Faehrhaus, and George’s character and youth shine fresh from the spring images. 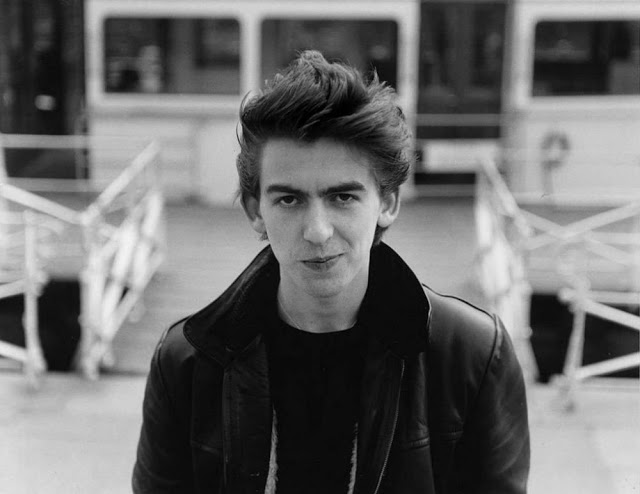 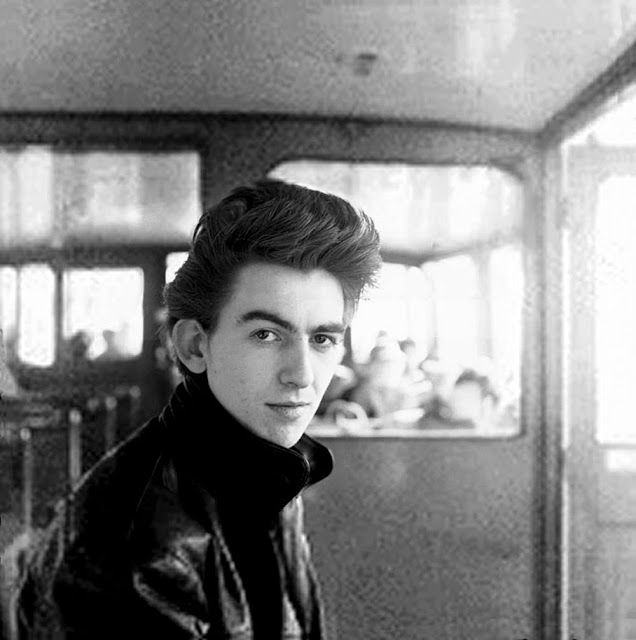 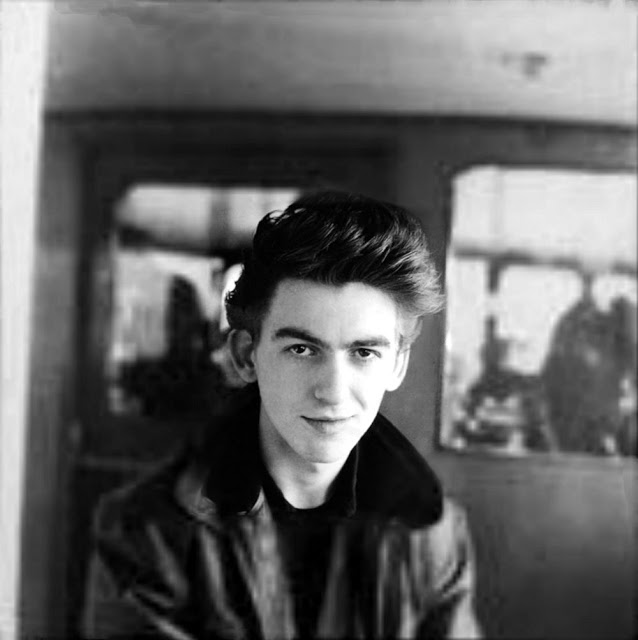 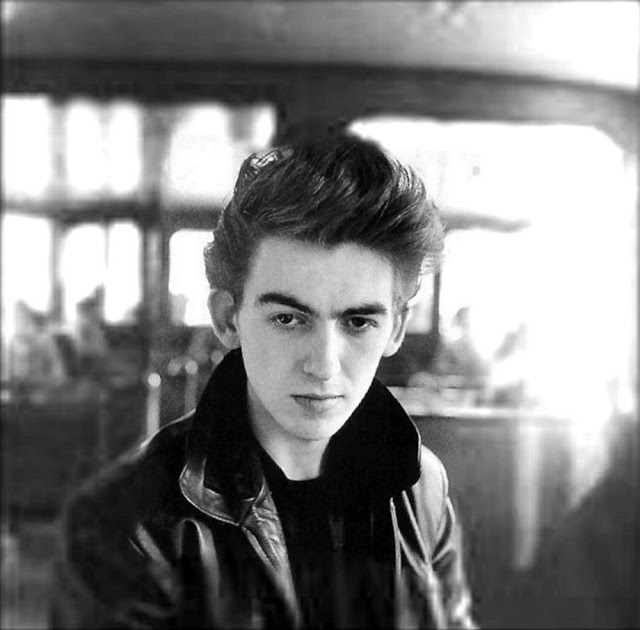 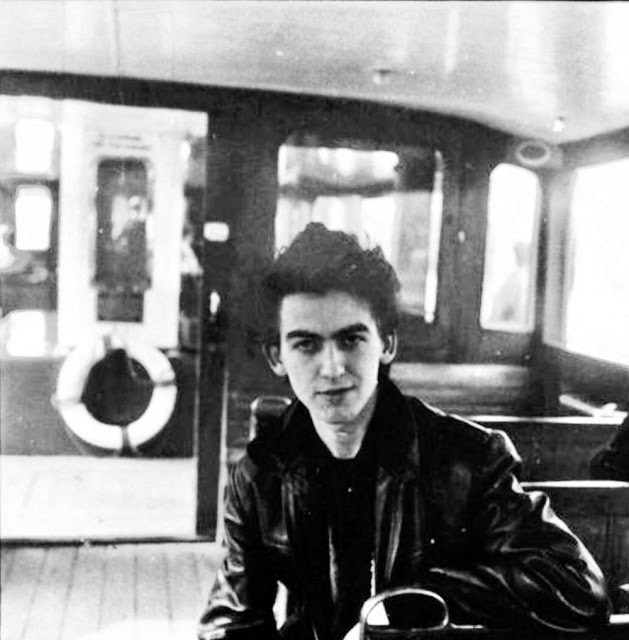 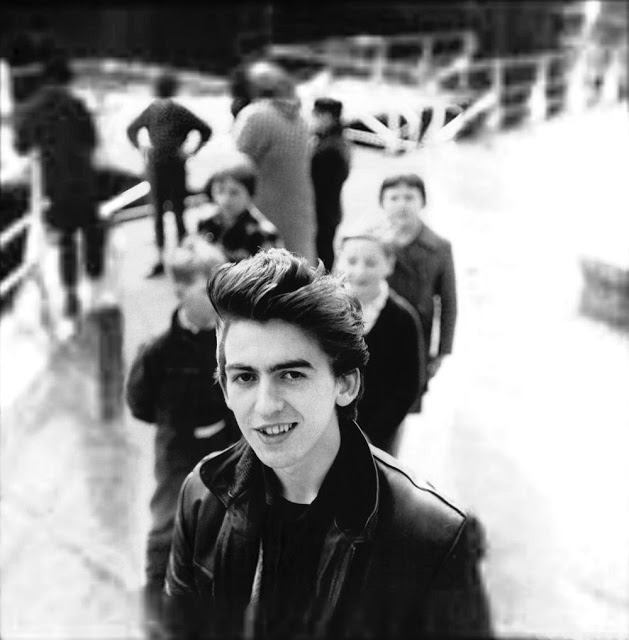