The use of mirrors to produce a photograph with five images of the sitter was originally published in Scientific American in the 1890s. It was reused in Encylopaedic Dictionary of Photography, 1896 and in Photographic Amusements. The sitter is photographed with two mirrors set at 75˚ producing 5 images.

By exposing a person’s face from every angle, the photo-multigraph was touted as a system which would enable “us to see ourselves as others see us.”
By the 1920s the photo-multigraph was a common novelty attraction at seaside, arcade, and boardwalk photo studios throughout America and Europe. As one author noted in 1931: “People on holiday will readily part with a dollar and a half or two dollars for a half dozen of these unusual five-in-one portraits.”
The practice had all but vanished by the 1950s. What is left are thousands of multi-photographs commissioned by portrait-sitters long gone whose images continue to serve as objects of reflection. 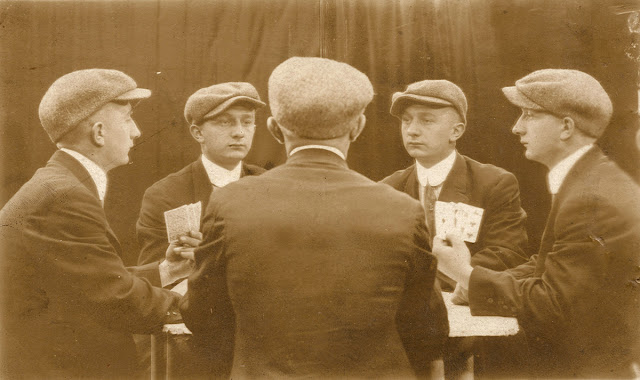 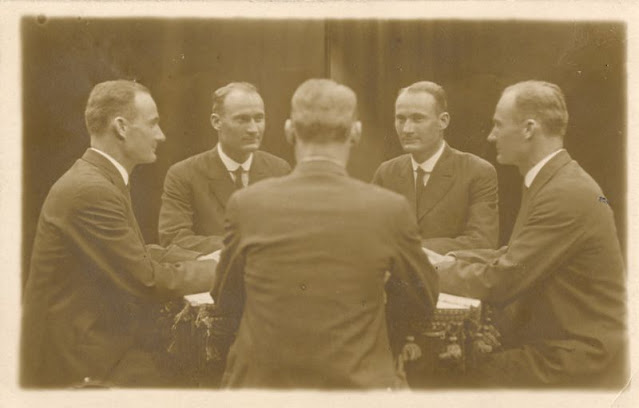 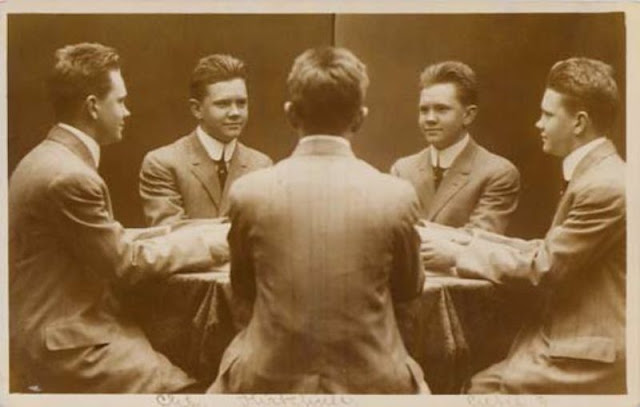 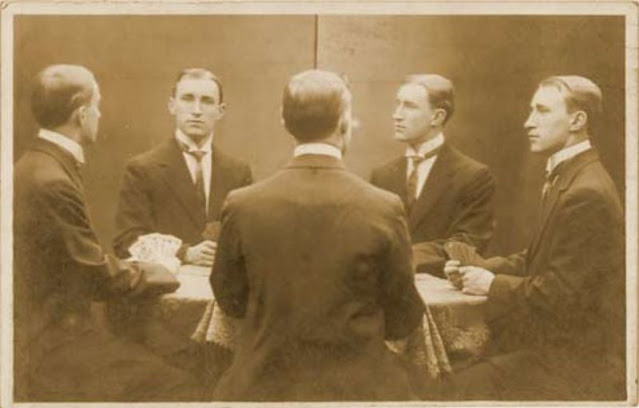 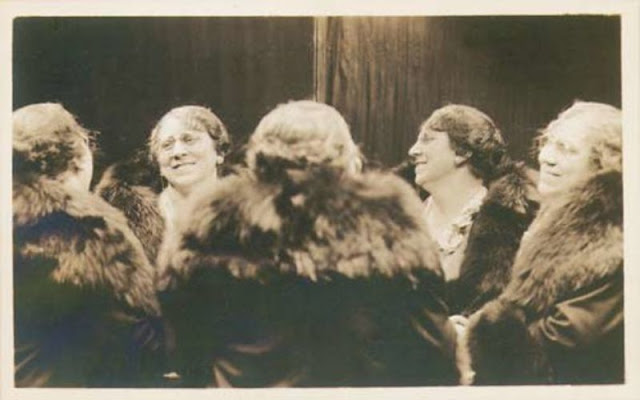