Audi F103 is the internal designation for a series of car models produced by Auto Union GmbH in West Germany from 1965 to 1972. To signify the change from a two-stroke to four-stroke engine, the DKW marque was dropped in favor of Audi, a name that had been dormant since before the Second World War.

The F103 bodyshell was a development of the earlier DKW F102. The engine compartment had to be extended so that the new four-cylinder engine could be accommodated. The front and tail were also cosmetically revised: Audi F103s sold in Europe all featured quasi-rectangular headlamps which were becoming fashionable at the time, whereas the F102 had used round headlamp units.
All Audi F103 models were offered as sedans with two and four doors. The two-door saloon/sedan, however, was not sold in markets such as Italy and Britain with little demand for two-door cars of this size.
During the early 1960s, Auto Union was in commercial retreat: the Audi F103 was a relative success when compared with recent Auto Union products, even if its commercial success was trumped by subsequent Audi models. In July 1967, it was reported that 100,000 Audis had been completed: production of the F103 had by now built up to a rate of almost 40,000 per year and the company was moved to deny speculation that another new Audi model would be presented at the Frankfurt Motor Show in the Autumn / Fall of 1967. 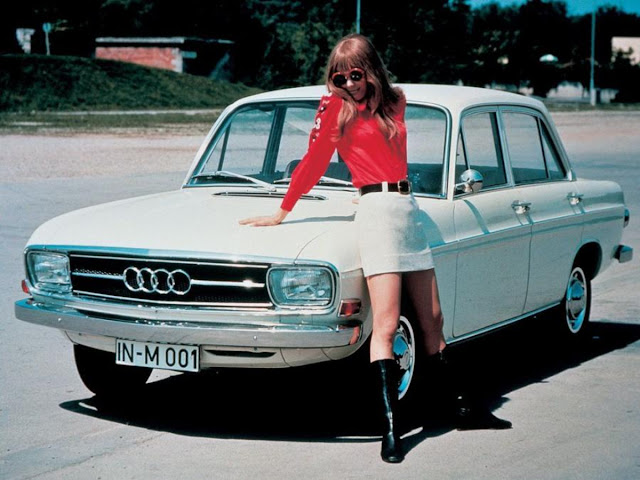 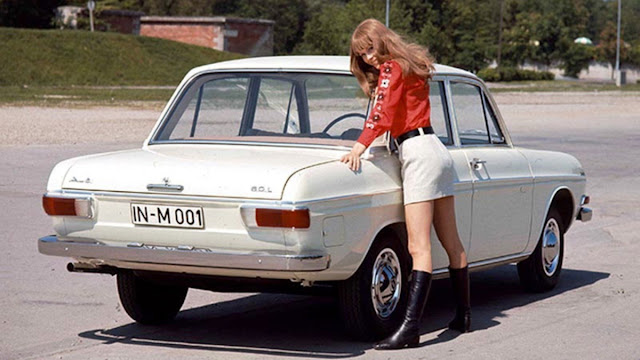 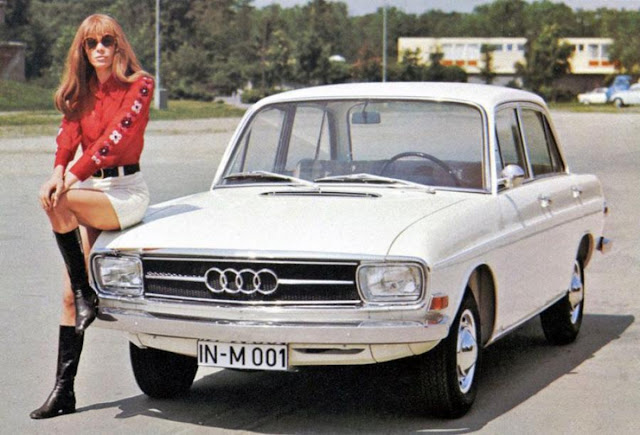 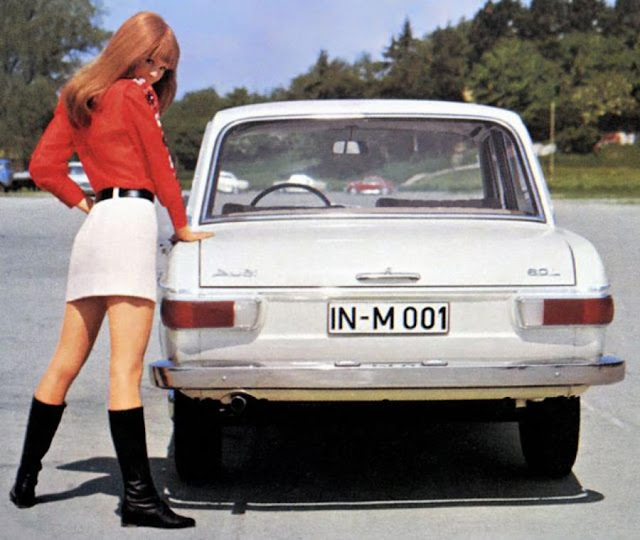