This post was originally published on this site
0
SHARES
ShareTweet
1990s were a pivotal time for South Korea. The nonmilitary government led by a civilian president ruled the country and liberalized the nation. The Korean pop music transformed with a burst of creativity and intensity which was a forerunner of the rise of Kpop.

People demanded better life and leisure/luxury so consumer sectors really boomed. The communism fell so South Korea seemed safer than before and they began trading with China which really enriched South Korea. People began to travel and study abroad and the English craze started around that time.

Back in the 1990s, there were less rebellious youngsters and people dressed more modestly. Young people believe one day their country will be a highly developed country and that they wanted to study as much as they can for the good of their country.
Today, South Korea is indeed a highly developed country. Brands like Samsung and LG are among the leading electronic manufacturers. Korean cars used to have poor quality, but thanks to some generous locals who were willing to buy their products, which helps to fund the company to improve, Korean car manufacturers today are able to compete with the international brands.
Below is a gallery of 50 amazing photographs, mostly taken in Seoul, that show street life of South Korea in the 1990s. 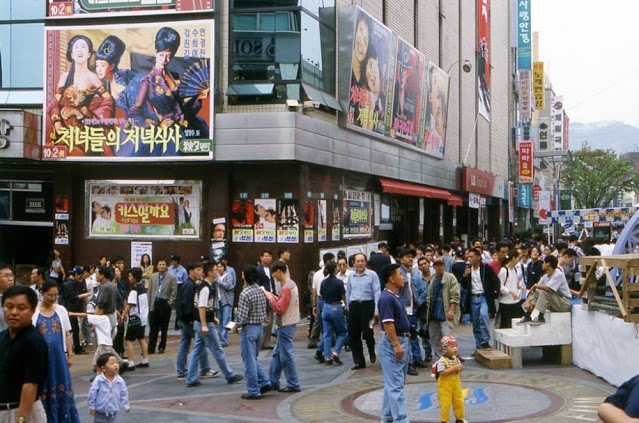 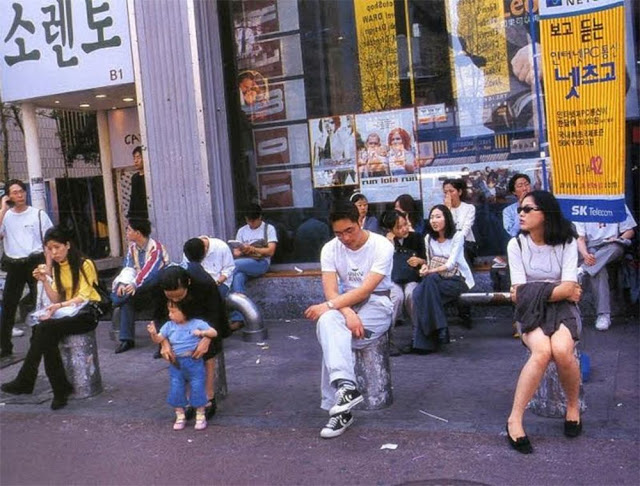 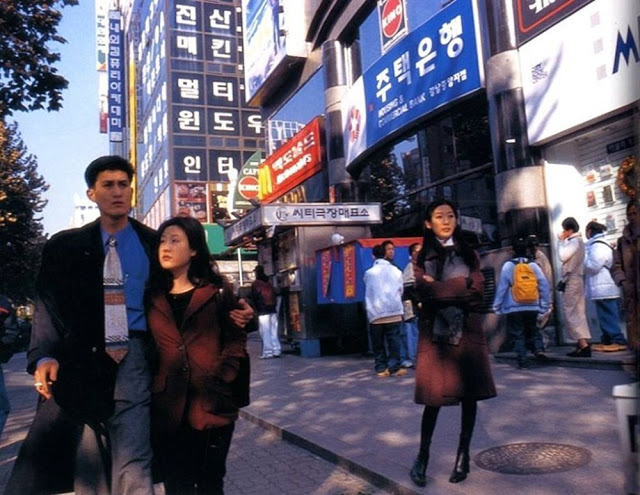 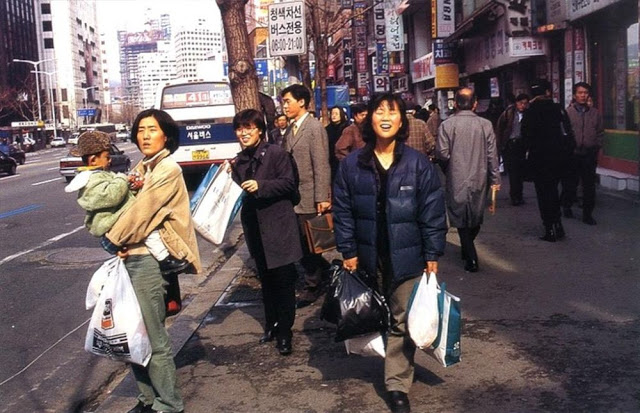