The first official account of ice cream in the United States comes from a letter written in 1744 by a guest of Maryland Governor William Bladen. The first advertisement for ice cream in this country appeared in the New York Gazette on May 12, 1777, when confectioner Philip Lenzi announced that ice cream was available “almost every day.” Records kept by a Chatham Street, New York, merchant show that President George Washington spent approximately $200 for ice cream during the summer of 1790.

Until 1800, ice cream remained a rare and exotic dessert enjoyed mostly by the elite. Around 1800, insulated ice houses were invented. Manufacturing ice cream soon became an industry in America, pioneered in 1851 by a Baltimore milk dealer named Jacob Fussell. Like other American industries, ice cream production increased because of technological innovations, including steam power, mechanical refrigeration, the homogenizer, electric power and motors, packing machines, and new freezing processes and equipment. In addition, motorized delivery vehicles dramatically changed the industry. Due to ongoing technological advances, today’s total frozen dairy annual production in the United States is more than 6.4 billion pounds.
Wide availability of ice cream in the late 19th century led to new creations. In 1874, the American soda fountain shop and the profession of the “soda jerk” emerged with the invention of the ice cream soda. In response to religious criticism for eating “sinfully” rich ice cream sodas on Sundays, ice cream merchants left out the carbonated water and invented the ice cream “Sunday” in the late 1890s. The name was eventually changed to “sundae” to remove any connection with the Sabbath.
Ice cream became an edible morale symbol during World War II. Each branch of the military tried to outdo the others in serving ice cream to its troops. In 1945, the first “floating ice cream parlor” was built for sailors in the western Pacific. When the war ended, and dairy product rationing was lifted, America celebrated its victory with ice cream. Americans consumed over 20 quarts of ice cream per person in 1946.
In the 1940s through the 1970s, ice cream production was relatively constant in the United States. As more prepackaged ice cream was sold through supermarkets, traditional ice cream parlors and soda fountains started to disappear. Now, specialty ice cream stores and unique restaurants that feature ice cream dishes have surged in popularity. These stores and restaurants are popular with those who remember the ice cream shops and soda fountains of days past, as well as with new generations of ice cream fans. 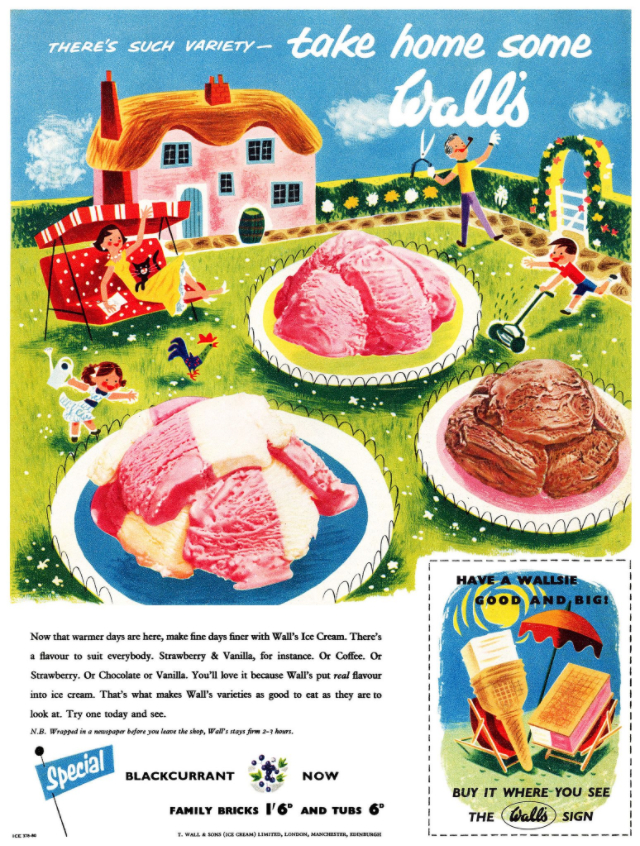 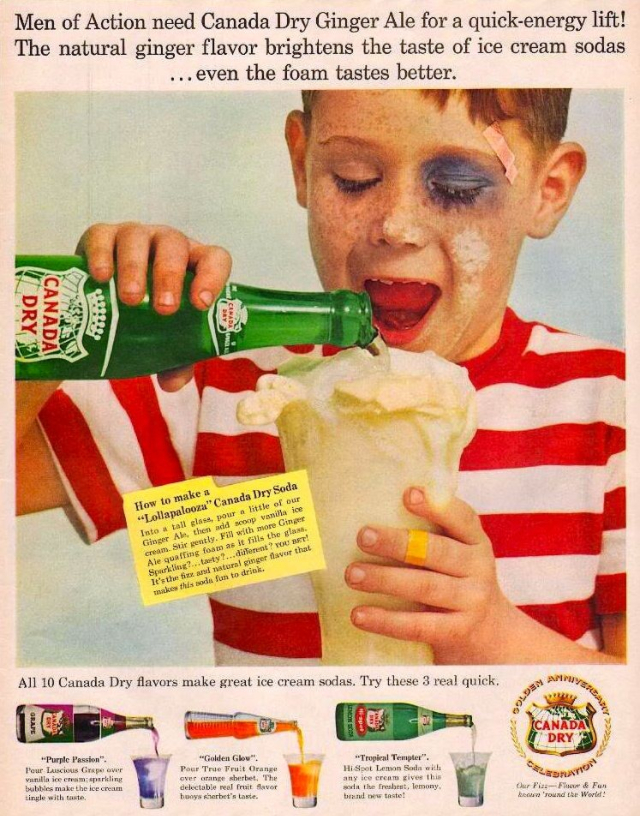 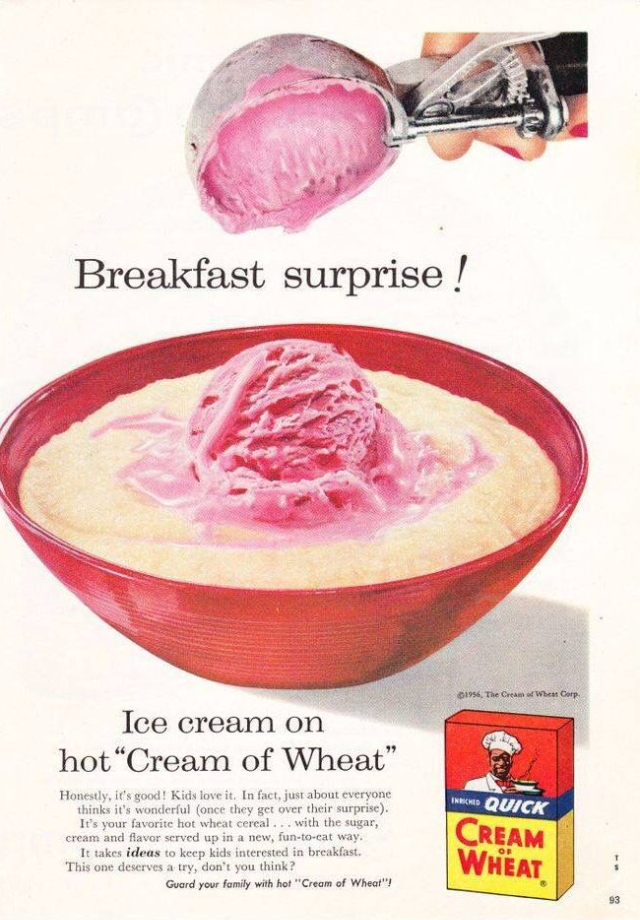 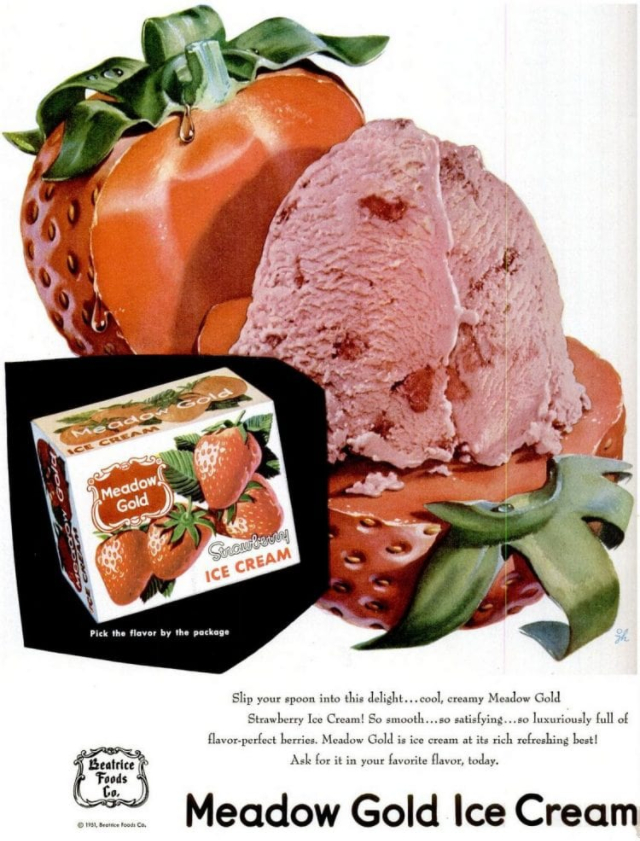 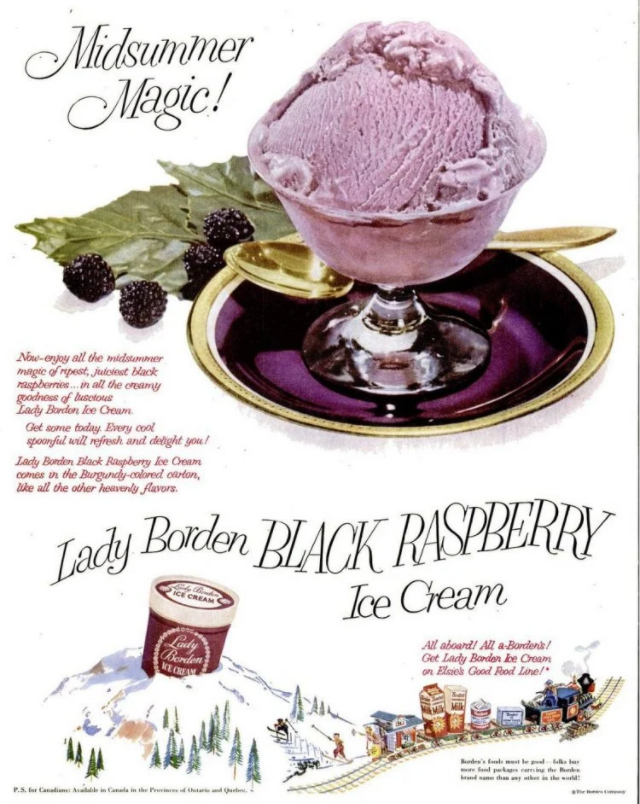