Trieste is a city and a seaport in northeastern Italy. It is towards the end of a narrow strip of Italian territory lying between the Adriatic Sea and Slovenia, approximately 10–15 km (6.2–9.3 mi) south and east of the city, Croatia is some 30 km (19 mi) to the south. 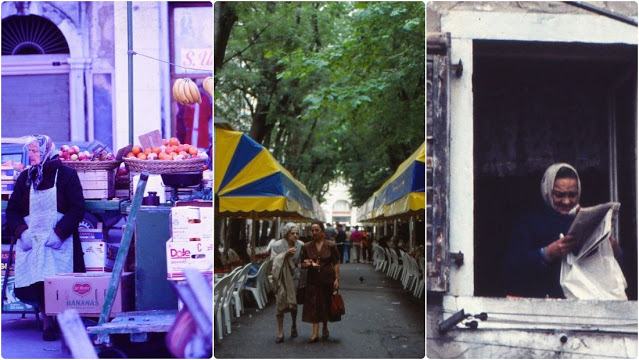 Trieste is at the head of the Gulf of Trieste and has a very long coastline, free sea access in Barcola and is surrounded by grassland, forest and karst areas. Being spared cold waves in winter by the maritime influence, the city has a subtropical climate rare for its relatively high latitude.
Trieste, with its deep-water port, is a maritime gateway for Northern Italy, Germany, Austria and Central Europe, as it was before 1918 and is considered the end point of the Maritime Silk Road with its connections via the Suez Canal and Turkey and the other Overland to Africa, China, Japan and many countries in Asia.
The city was also rated as one of the 25 best small towns in the world for quality of life and one of the ten safest cities in the world.
These fascinating photos were taken by Duccio Pugliese that show street scenes of Trieste in the 1980s.