The New Year is a time to let go of our bad habits and make some sort of effort to improve ourselves. It’s a time of optimism, when the new year spreads out before us as a blank slate. Any unpleasantness from the past year can be left behind. So it’s not surprising that people used to send New Year’s greetings that were filled with symbols of good luck and promise.

There are also quite a few depictions of bearded humanoids. The cards with dwarves were typically created for Scandinavians. These magical diminutive creatures are symbols of luck. Other European countries incorporated their magical creatures (elves, gnomes and the like) into their New Year’s cards.
The gnome is a class of legendary creatures throughout Europe and, by cultural transfer, in the United States that has taken on many different meanings, but most generally refers to very small people, often men, that live in dark places, especially underground, in the depths of forests, or more recently in gardens. Most European ethnic groups have had some kind of gnome legends with local variations. Modern traditions portray gnomes as small, old men wearing pointed hats and living in forests and gardens. 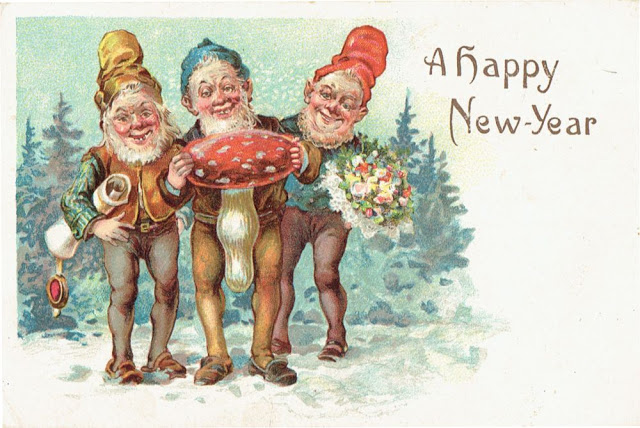 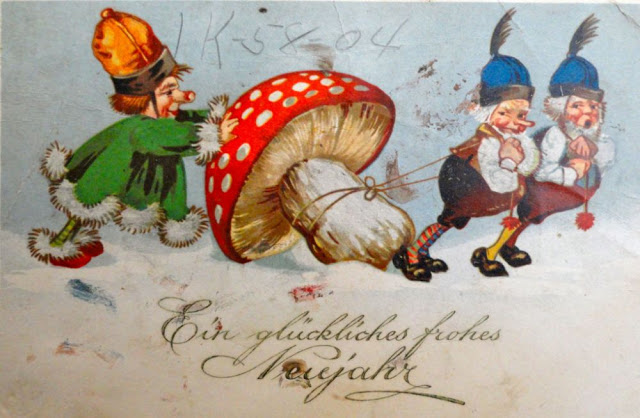 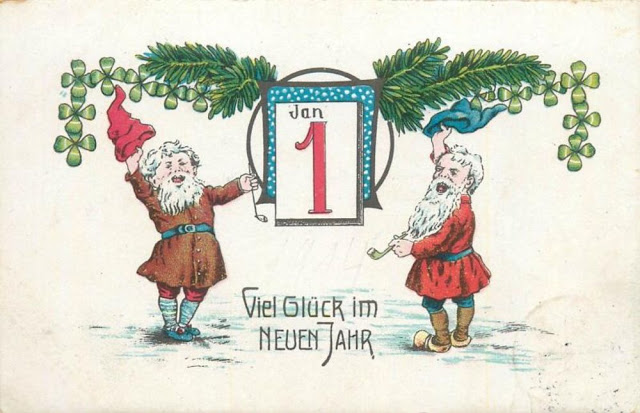 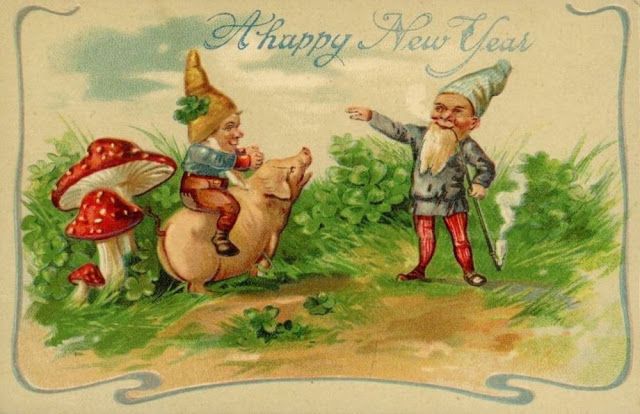 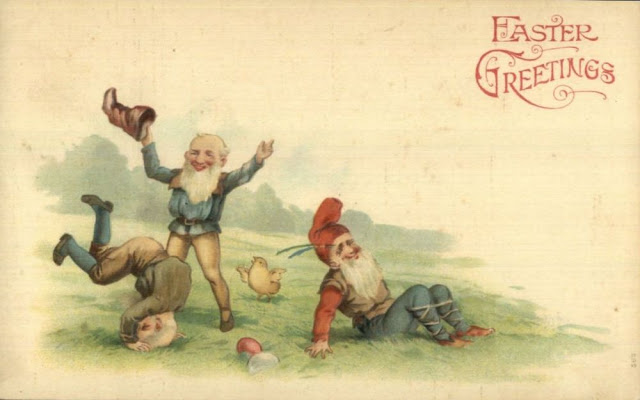