A folk costume (also regional costume, national costume, traditional garment, or traditional regalia) expresses an identity through costume, which is usually associated with a geographic area or a period of time in history. It can also indicate social, marital or religious status. 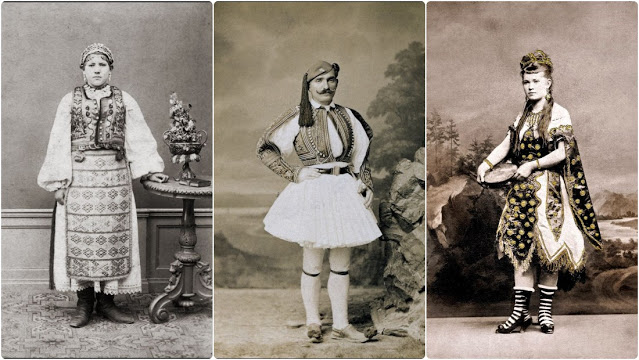 If the costume is used to represent the culture or identity of a specific ethnic group, it is usually known as ethnic costume. Such costumes often come in two forms: one for everyday occasions, the other for traditional festivals and formal wear.
Following the rise of romantic nationalism, the peasantry of Europe came to serve as models for all that appeared genuine and desirable. Their dress crystallized into so-called “typical” forms, and enthusiasts adopted that attire as part of their symbolism.
These amazing vintage photos from Wolfgang Wiggers captured portraits of people in their traditional costumes from between the 1860s and 1890s.