Weddings are a universal rite of passage, a process which requires one to separate from the old, pass from the old to the new, and finally, become a part of the new. The rituals and traditions for this process vary from country to country. Some cultures’ wedding ceremonies take place over a period of several days and involve several changes of clothing. The changes of clothing often represent the change in social status of the bride or groom. Sometimes the clothing changes reveal traditions and practices adapted from other cultures via trade, migration, or colonization.

In Korea, weddings have become a prosperous business with a steady clientele. Both cultures view marriage as a necessity to enter into adult society. The marriage ceremony changes reckless youths into responsible adults.

Traditional Korean bridal dress is based on the costume of royal princesses. The red skirt and yellow jacket are worn over full pantaloons and a long slip, and under a red robe with wide rainbow stripe sleeves. The headdress consists of a beaded crown with a dragon head pin in lacquered hair.

The groom wears a royal blue robe of a style worn by officials in dynastic times, with a stiff black hat associated with scholar’s or officials. A western style shirt and tie are worn under the robe.

Traditional Korean weddings and wedding dress fell out of favor during Korea’s rapid industrial growth and emergence onto the world marketplace in the 1970s and 1980s. In their place was a modern, new style wedding with Korean vernacular language, and western style dress. Many ceremonies today feature both traditional and modern forms of dress. 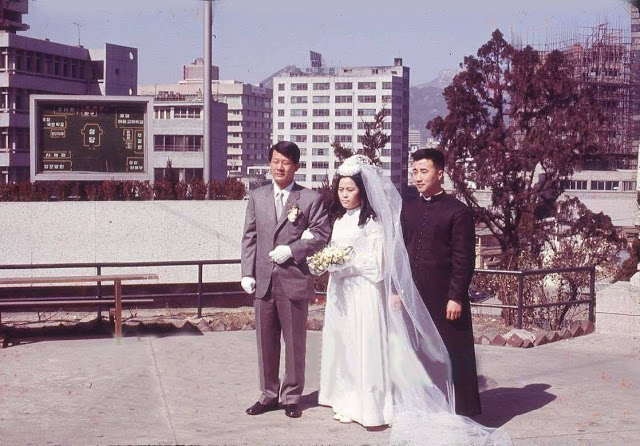 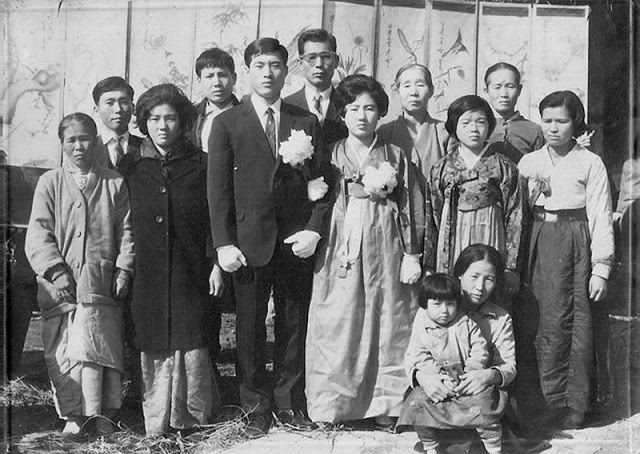 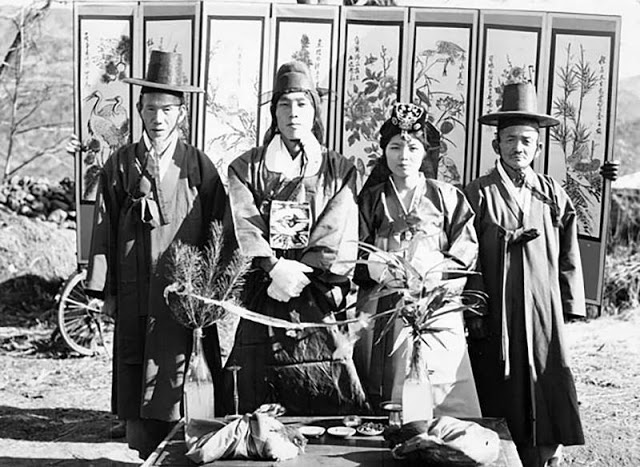 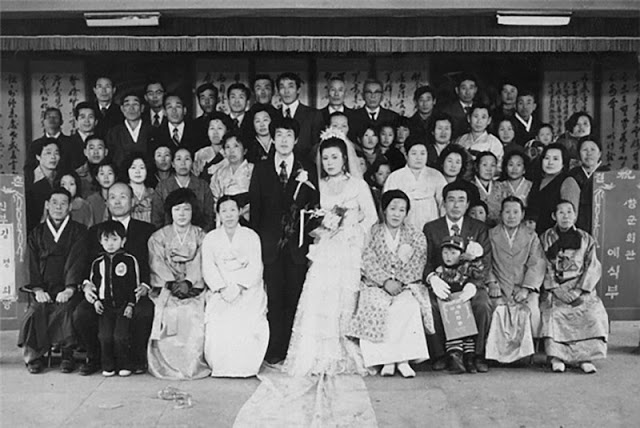 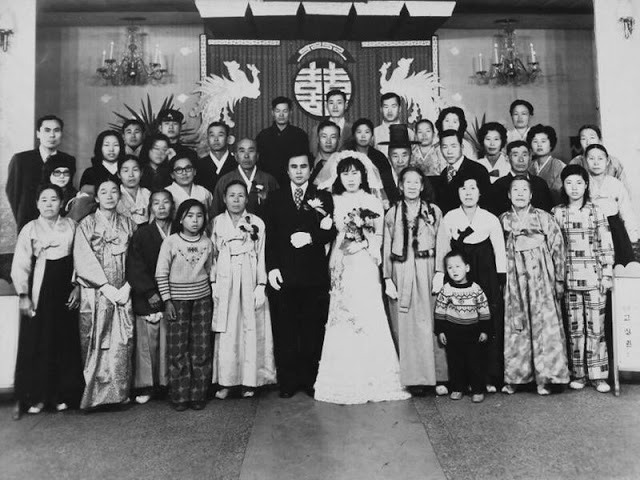