20th century bathrooms, even those that are fairly early, resemble in most respects the bathrooms we have today. Crane, Standard (later American Standard), and Mott are just a few of the names seen regularly. Lots of design inspiration here.

Take a look at these cool illustration pics from American Vintage Home to see what bathrooms looked like in the 1920s. 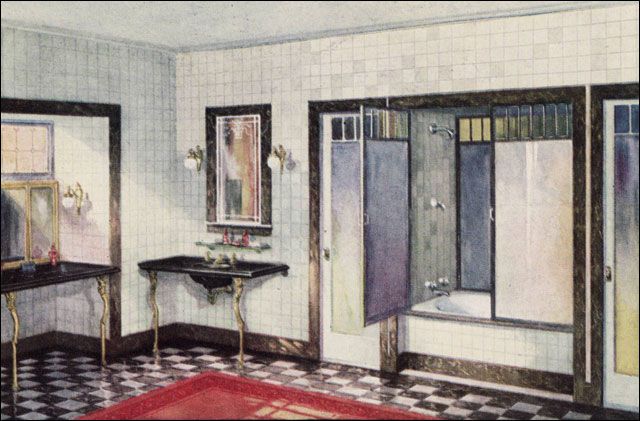 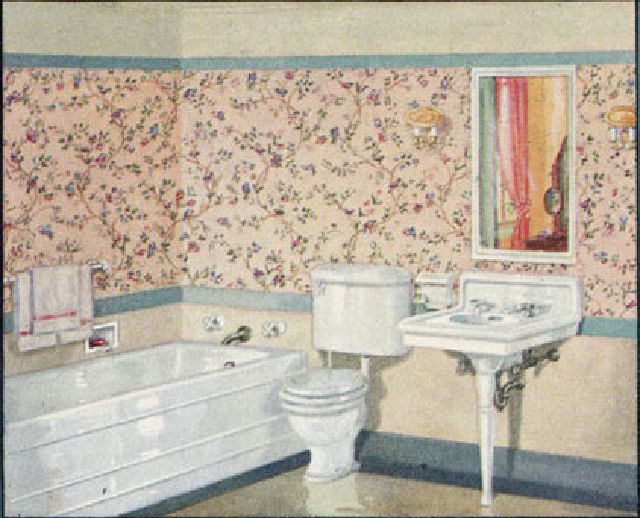 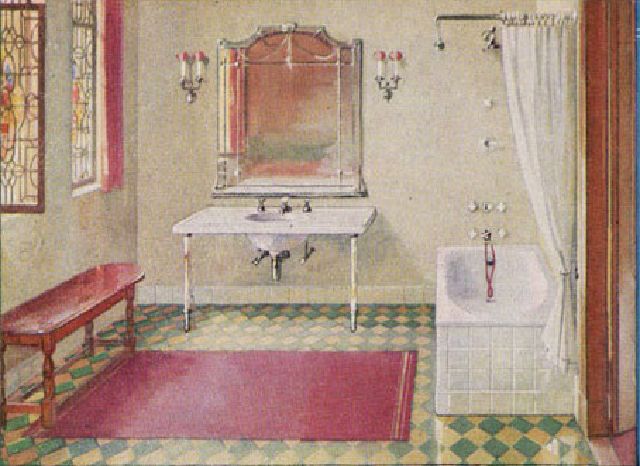 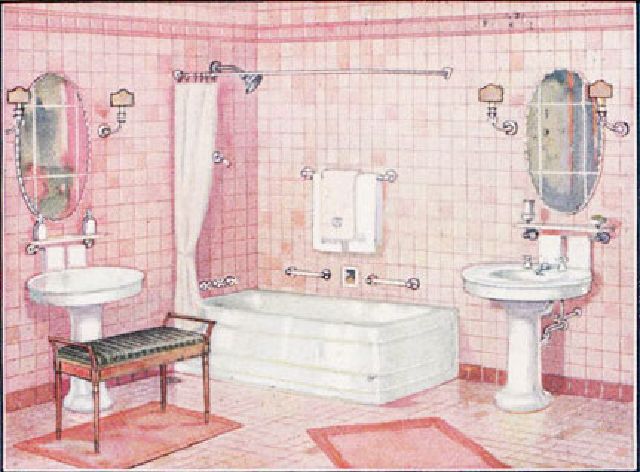 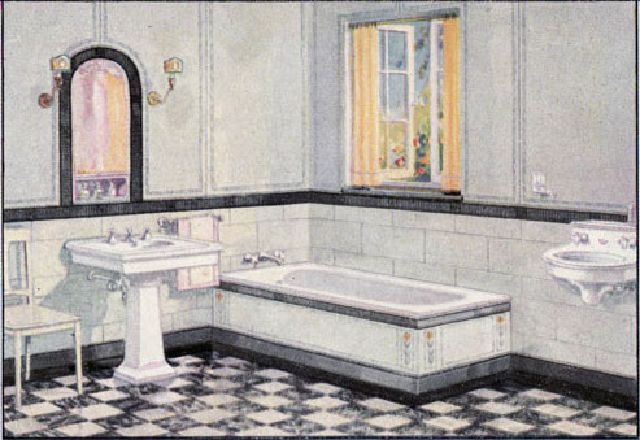