The hansom cab is a kind of horse-drawn carriage designed and patented in 1834 by Joseph Hansom, an architect from York. The vehicle was developed and tested by Hansom in Hinckley, Leicestershire, England. Originally called the Hansom safety cab, it was designed to combine speed with safety, with a low centre of gravity for safe cornering. Hansom’s original design was modified by John Chapman and several others to improve its practicability, but retained Hansom’s name. 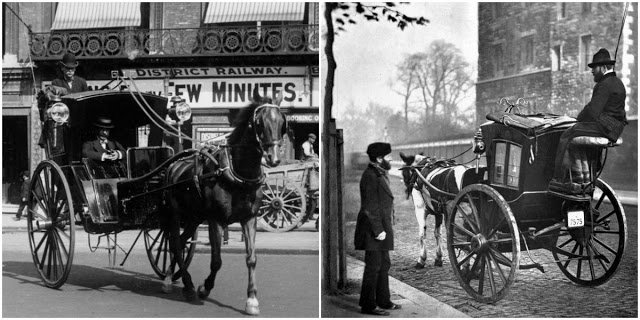 The cab, a type of fly, sat two passengers (three if squeezed in) and a driver who sat on a sprung seat behind the vehicle. The passengers could give their instructions to the driver through a trap door near the rear of the roof. They could pay the driver through this hatch and he would then operate a lever to release the doors so they could alight. In some cabs, the driver could operate a device that balanced the cab and reduced strain on the horse. The passengers were protected from the elements by the cab, and by folding wooden doors that enclosed their feet and legs, protecting their clothes from splashing mud. Later versions also had an up-and-over glass window above the doors to complete the enclosure of the passengers. Additionally, a curved fender mounted forward of the doors protected passengers from the stones thrown up by the hooves of the horse.

Hansom cabs enjoyed immense popularity as they were fast, light enough to be pulled by a single horse (making the journey cheaper than traveling in a larger four-wheel coach) and were agile enough to steer around horse-drawn vehicles in the notorious traffic jams of nineteenth-century London. There were up to 7500 hansom cabs in use at the height of their popularity and they quickly spread to other cities (such as Dublin) in the United Kingdom, as well as continental European cities, particularly Paris, Berlin, and St Petersburg. The cab was introduced to other British Empire cities and to the United States during the late 19th century, being most commonly used in New York City. 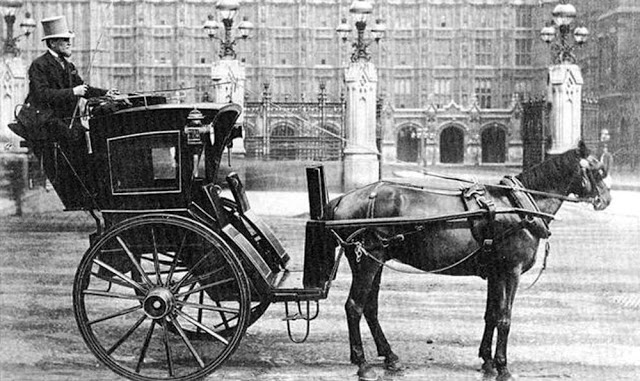 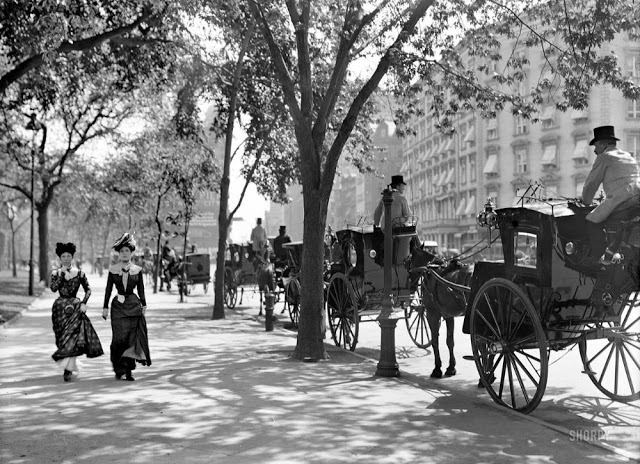 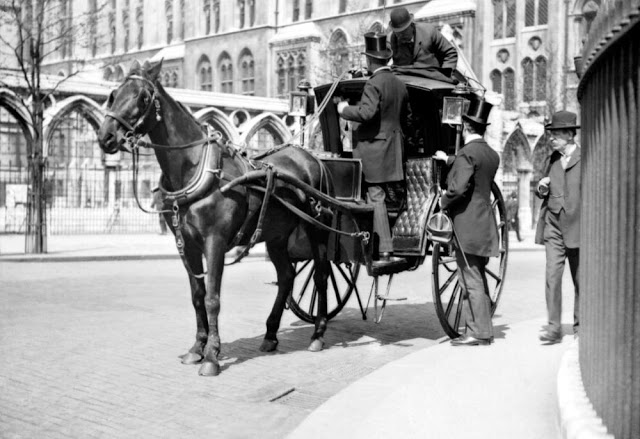 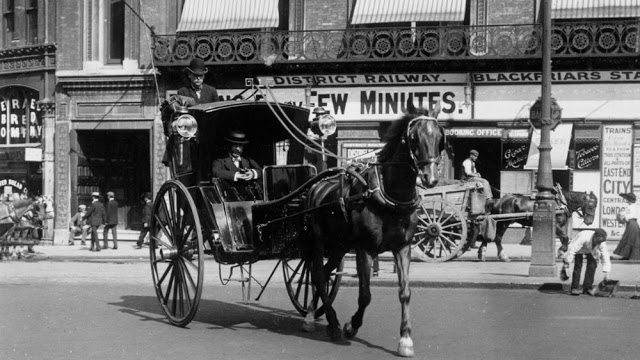 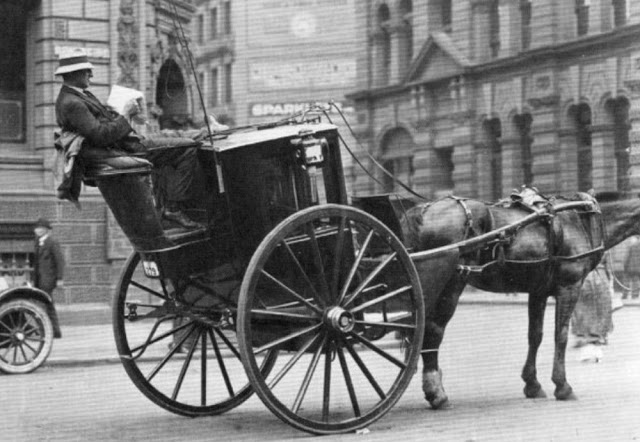