The expense of color film as compared to black-and-white and the difficulty of using it with indoor lighting combined to delay its widespread adoption by amateurs. In 1950, black-and-white snapshots were still the norm.

By 1960, color was much more common but still tended to be reserved for travel photos and special occasions. Color film and color prints cost several times as much as black-and-white, and taking color snapshots in deep shade or indoors required flashbulbs – an inconvenience and an additional expense.

By 1970, prices were dropping, film sensitivity had improved, electronic flash units were replacing flashbulbs, and color had become the norm for snapshot-taking in most families. Black-and-white film continued to be used by some photographers who preferred it for aesthetic reasons or who wanted to take pictures by existing light in low-light conditions, which was still difficult to do with color film. They usually did their own developing and printing.

By 1980, black-and-white film in the formats used by typical snapshot cameras, as well as commercial developing and printing service for it, had nearly disappeared.

Here below is a set of amazing color photos that shows portraits of couples from the 1940s. 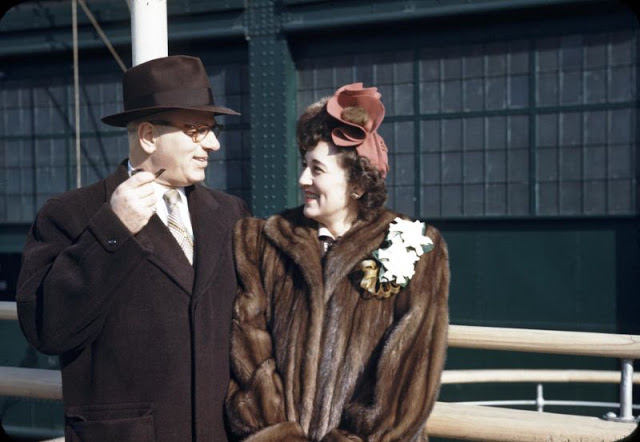 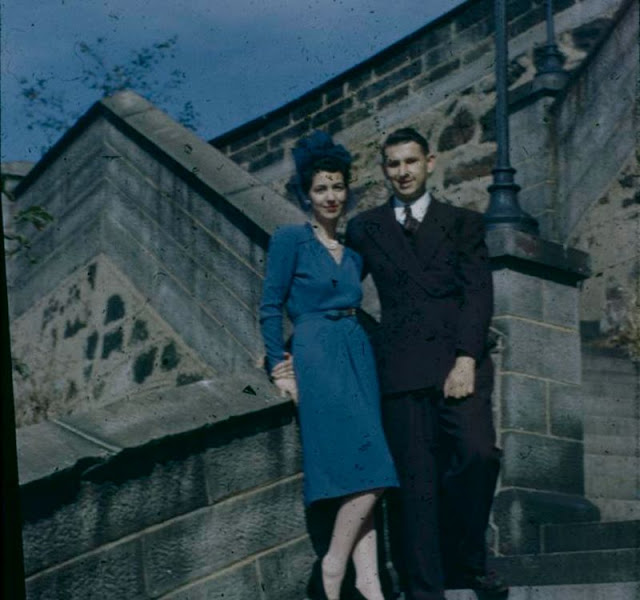 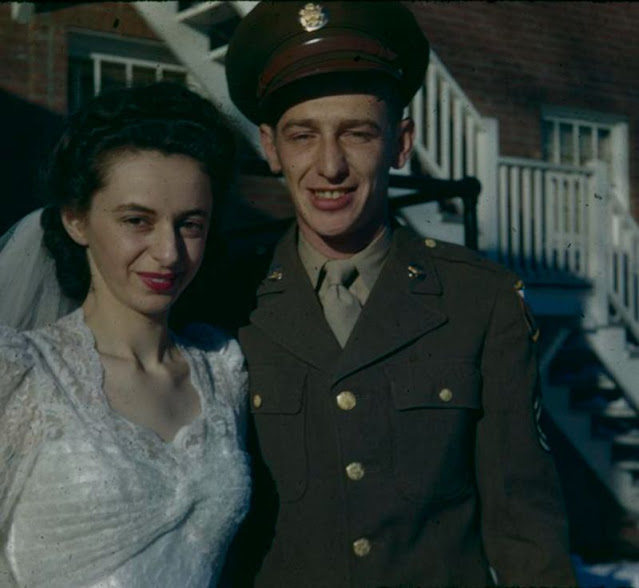