Hugh Grant and Elizabeth Hurley have one of the most unique relationships in Hollywood. They were one of the hottest couples in the 1990s. The two actors met on the set of the Rowing With the Wind back in 1987. Hugh Grant starred in the film as Lord Byron and Elizabeth Hurley played his former lover, Claire Clairmont. After hitting it off on set, they went out on a date and continued their relationship for more than a decade. 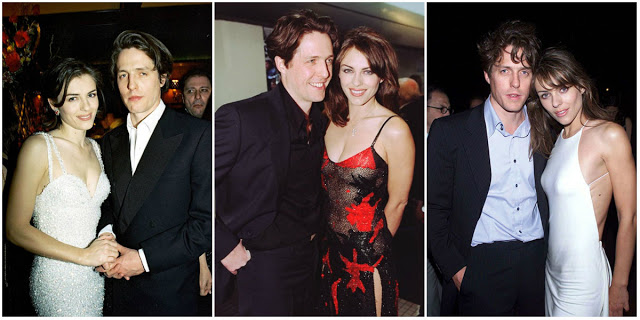 In 1995 when Hugh Grant was still in a relationship with Elizabeth Hurley, he was caught picking up a sex worker off Sunset Strip in L.A. Grant was arrested for lewd conduct, had his mug shot taken, and name dragged through the mud across all tabloids. You’d think this would be a deal breaker in a relationship, but he and Hurley stayed together! Not surprisingly, their relationship was plagued with rumors of infidelity for the next five years until they eventually called it quits in 2000.

Since then, though, Grant and Hurley have remained firm friends – so much so that Grant is the godfather of Hurley’s son, Damian. 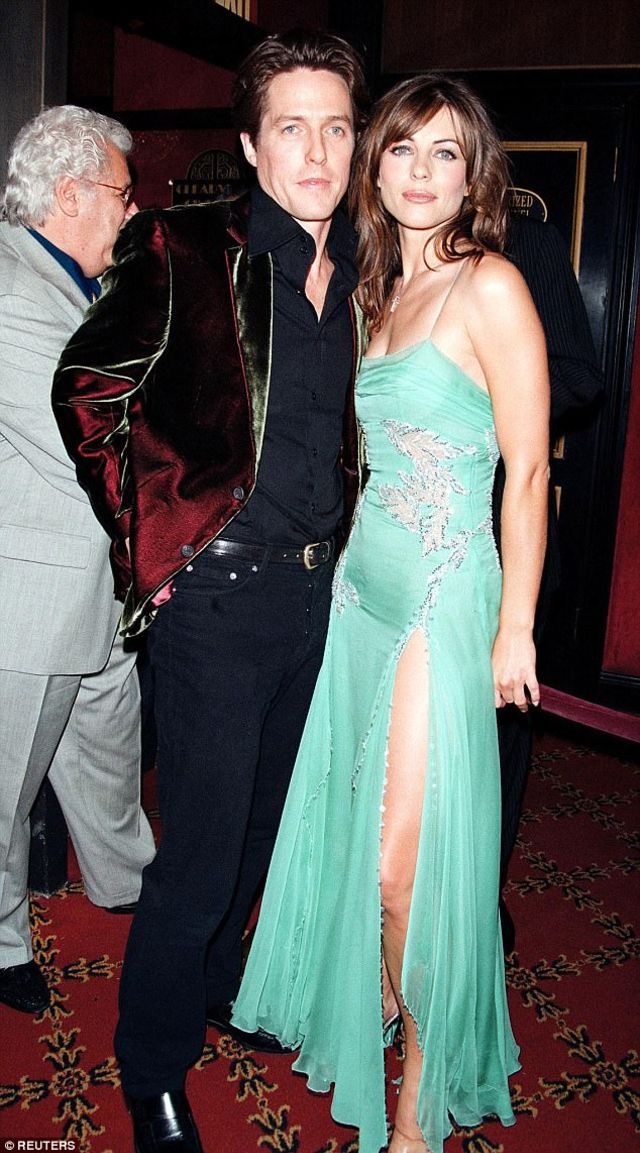 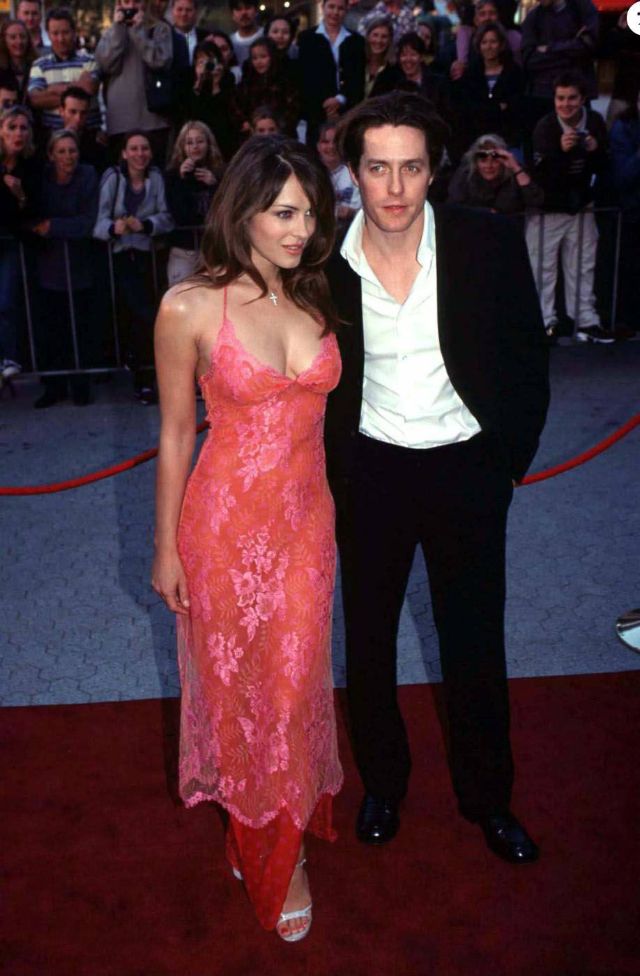 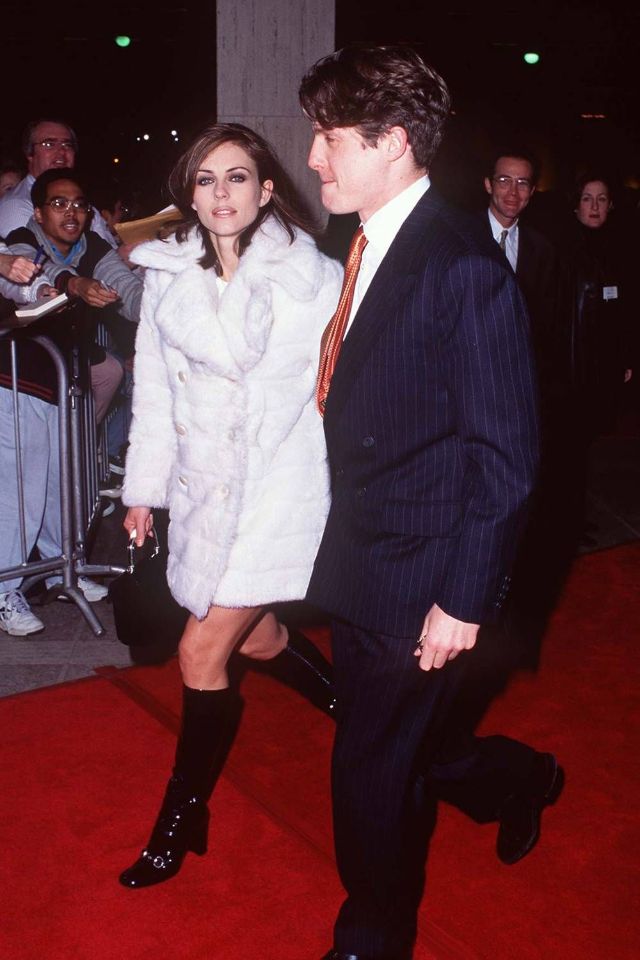 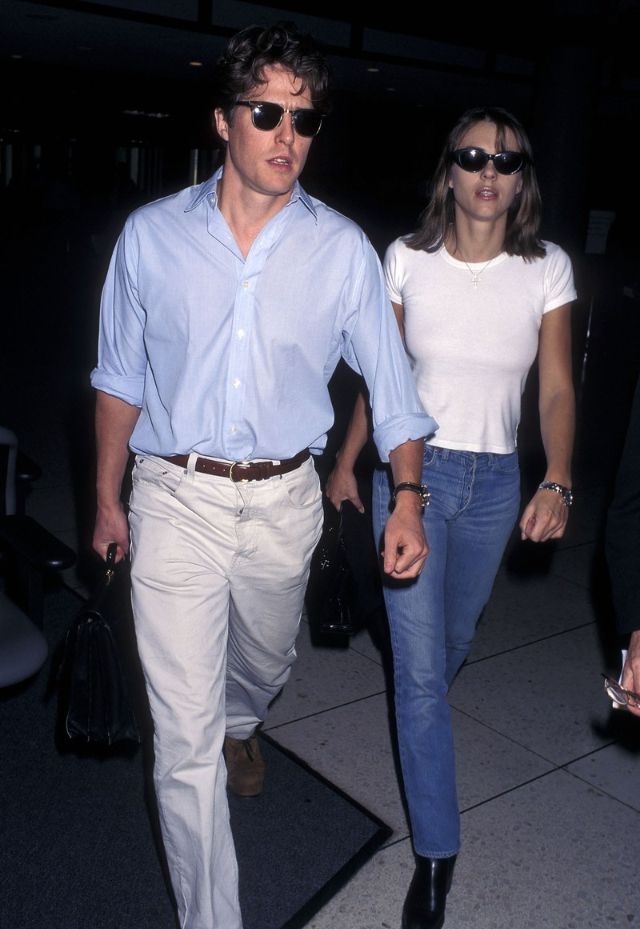 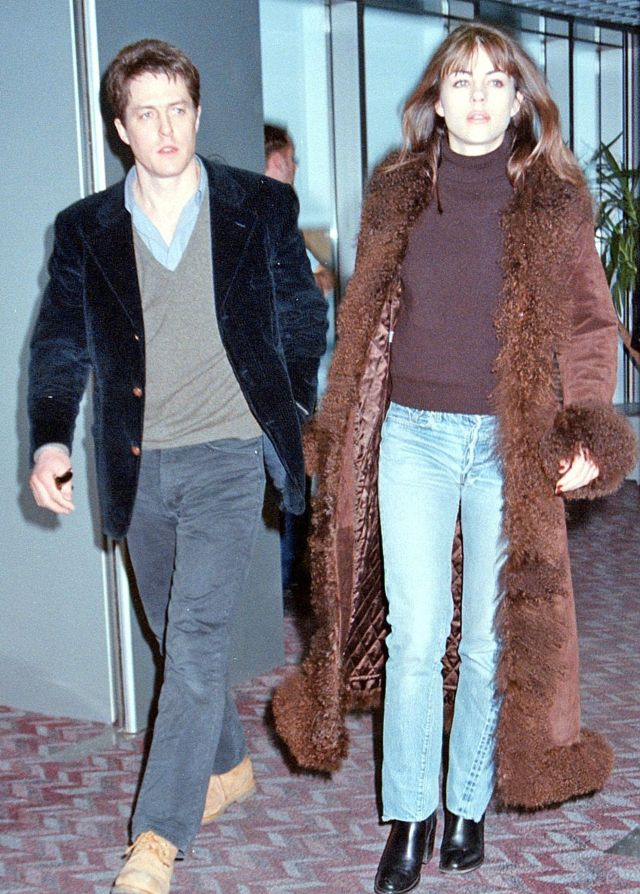