This post was originally published on this site
0
SHARES
ShareTweet
In 1900 the Broomell, Schmidt & Stacey Company of York, Pennsylvania were incorporated with a capital of $150,000. This company absorbed Broomell, Schmidt & Co. Ltd., and continued the manufacture of the American Fuel Economizer, Steam Heating Apparatus and Induced Draft Systems. They also produced an American automobile in 1903.
A. P. Broomell’s first car was a 6-wheeler built in York, Pennsylvania. The Pullman six wheeler was named after the popular Pullman Palace Car Company founder George Pullman who manufactured railroad cars beginning in the late 1800s.
The front and rear wheels were used for steering and were connected so that when the front wheels were steered to the right the rear wheels turned to the left, pivoting around the center power wheels.
However, this six wheel Pullman got stuck if the center wheels dropped in a low place in the road. It would then “see-saw” if the center wheels were on a high spot. The Pullman Six Wheeler was a very large automobile and was under powered with its 2 cylinder engine.
This six wheel model proved impractical and only a very few were made. By 1904 the manufacturing rights to the Pullman were sold to the York Motor Car Co. and four wheel automobiles were built from 1904 to 1917. 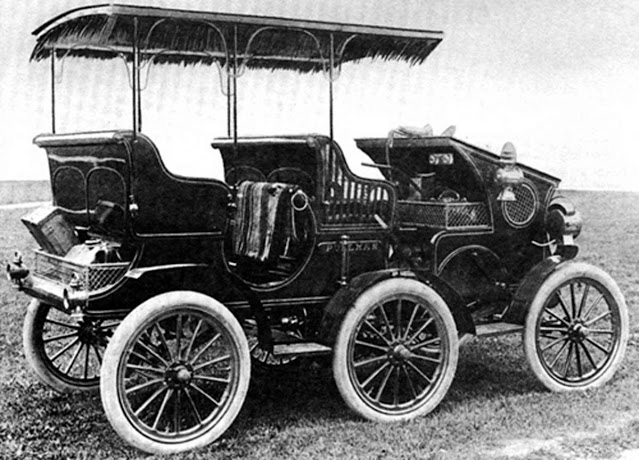 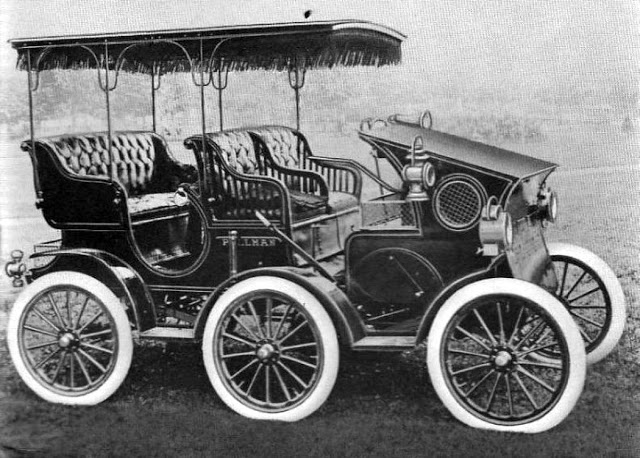 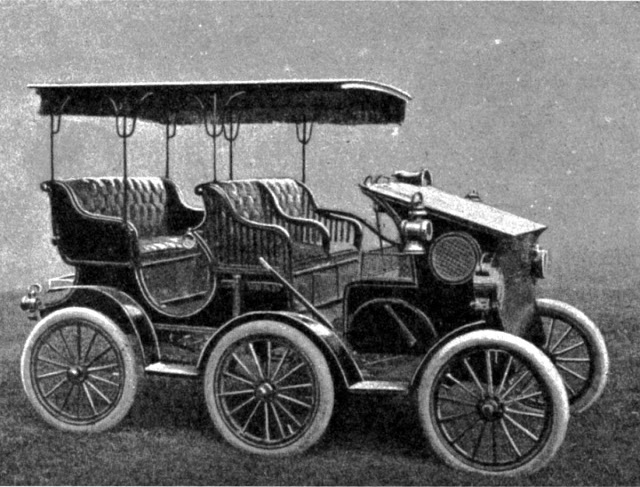