The buffet’s time had truly arrived in post-WWII America. Enjoying an unprecedented economic boom, the “table of plenty” fit perfectly within this period.  Gone were the Depression-era days of meager portions, and gone were the WWII days of rationing.  In Cold War America, tables bent beneath the weight of the mighty buffet.

Aside from Scandinavian immigrants, the word “smorgasbord” wasn’t a term known in the United States until the 1939 World’s Fair in New York, where it was served at the Swedish Pavilion.  From there, various restaurants started touting their own versions of the Smörgåsbord; until, by the mid-sixties, the term had become generalized to mean simply “buffet”. 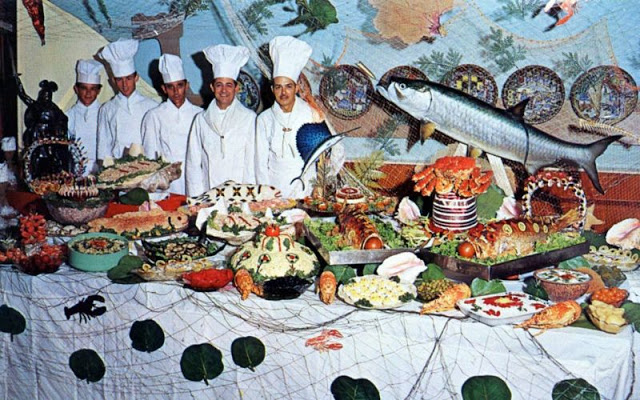 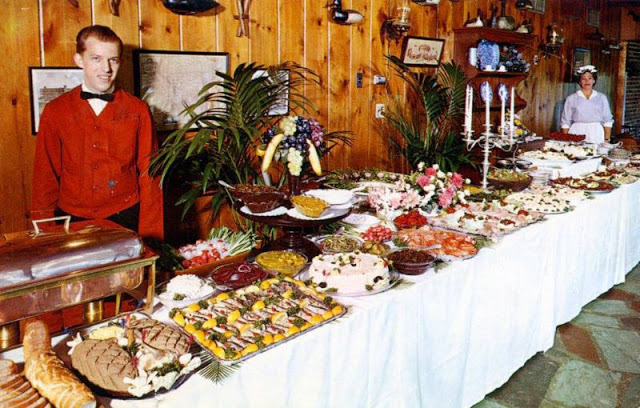 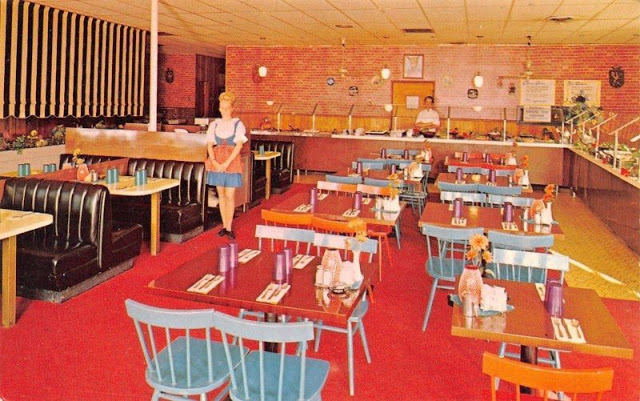 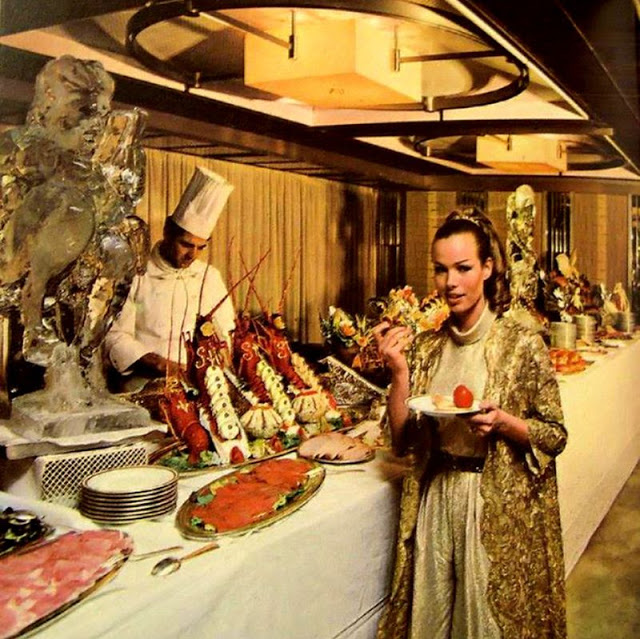 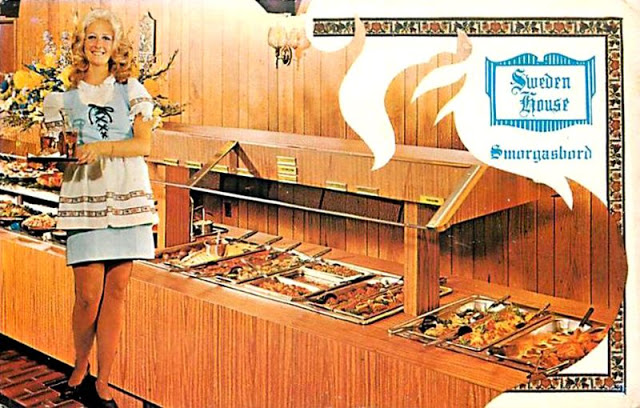