The world’s largest woman in 1922 next to the (billed) world’s smallest man: 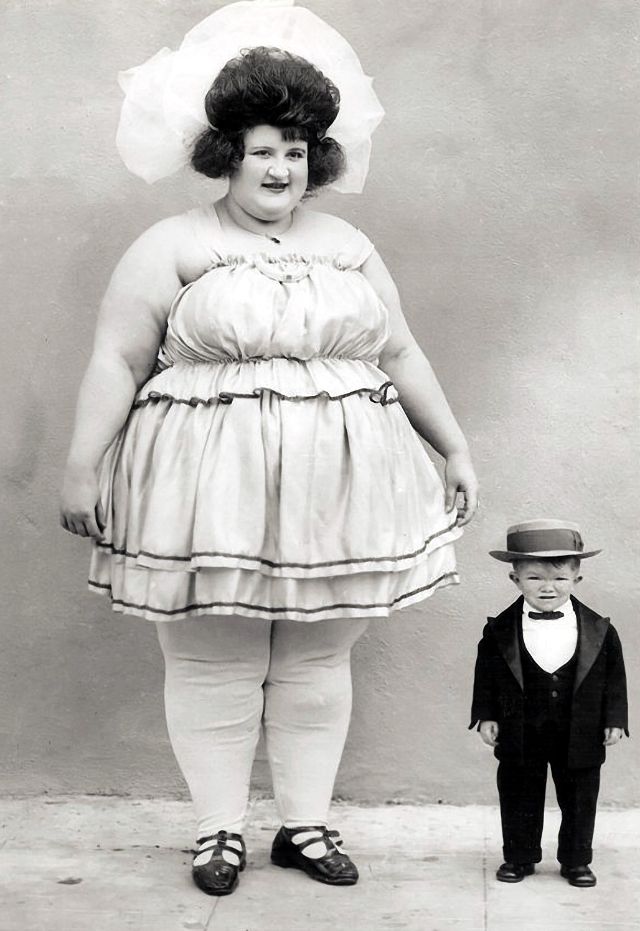 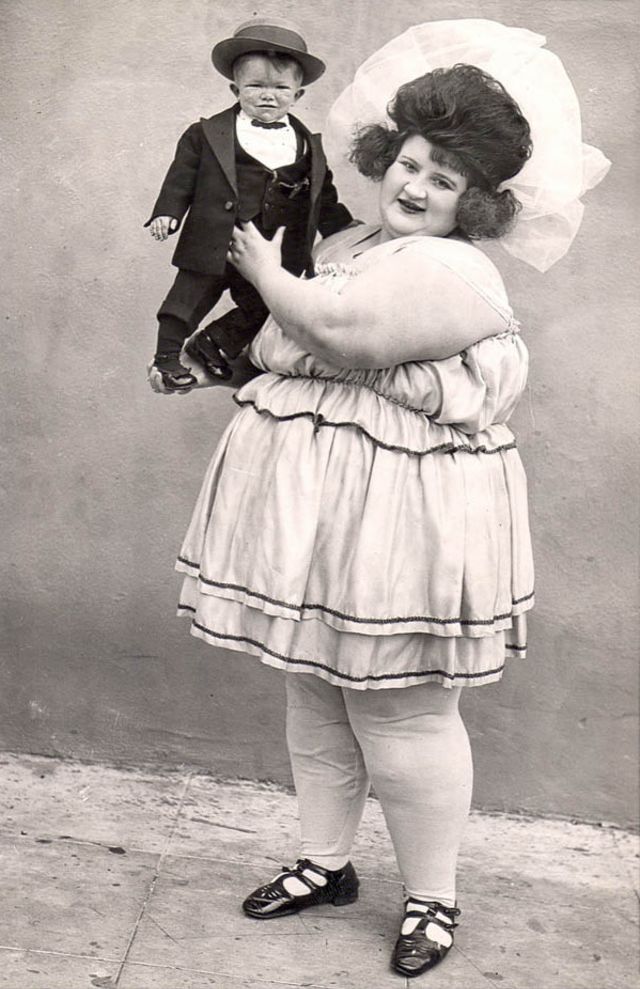 Nellie Blanche Lane (1898–1955) was born in West Virginia to parents Charles Lane and L. Jenny Showalter and had two brothers and one sister. She attended high school in Murray City, Utah, always being a big girl she was frequently the target of school bullies. Not letting the taunts get to her, she came to embrace her large size after joining the John Robinson Circus in 1918 as a sideshow attraction under the stage name: “Jolly Nellie” boasting a great size of 642 pounds. In 1923 Nellie made her way to Los Angeles where she naturally landed the role of the sideshow fat lady in the film Circus Days (1923) starring child star Jackie Coogan a silent film about a young boy who runs away from home to join the circus. Long considered a lost film until 2010 where a print was discovered in Russia and presented to the Library of Congress.
Clarence Chesterfield Howerton (1913–1975), also known as Major Mite, is actually only nine years old at the time of these photographs taken. He was an American circus performer who starred in the sideshow for over 25 years, 20 of which were with the Ringling Bros. and Barnum & Bailey Circus. He was 2 ft 4 in (0.71 m) tall and performed with several groups from the early 1920s through the late 1940s, billed as the smallest man in the world. His small physique was often contrasted alongside larger circus sideshow acts, such as the juvenile obese and the excessively tall. Regarded as a “highly successful sideshow [novelty]” and celebrity, Howerton visited the White House and represented recruitment efforts of the United States Marine Corps. He was featured in multiple films, including a role as a Munchkin in 1939’s The Wizard of Oz. He retired in 1949.