The 1920s had a boom in fat-reducing soaps, which promised women that they didn’t have to work out or diet to minimize their dress size. All you had to do was take a bath and lather up with the soap, and you would shrink in size.

La Mar Reducing Soap was a coconut-oil soap tinged with potassium iodide and sassafras that claimed to melt away fat while shrinking skin so that there would be no excess skin after the weight was lost. It sold at 50 cents per bar, and customers hoping to become thin could purchase the accompanying Slenmar Reducing Brush for an additional $3.

“The new discovery. results quick and amazing,” ads for the so-called Reducing Soap said. “No dieting or exercising. Be as slim as you wish. Acts like magic in reducing double chin, abdomen, ungainly ankle, unbecoming wrists, arms and shoulders, large busts, or any superfluous fat on body.”

As these print ads for La-Mar Reducing Soap reveal, lathering up used to be marketed as a workout replacement, offering a “magic” solution to unwanted double chins and tummy fat. Another popular cellulite-reducing soap was the aptly named Fatoff, but alas—the ingredients in these so-called body-fat-busters were nothing more than potassium chloride and other useless impurities.

According to Mental Floss, at its height, the company sold 200 to 300 soaps per day, though it reportedly spent $120,000 advertising the product against just $150,000 in annual receipts. The head of the AMA’s investigative wing called the product “unadulterated hokum,” and in 1926, it was declared a fraud by the U.S. Postmaster General and the company was barred from advertising or processing sales through the mail. 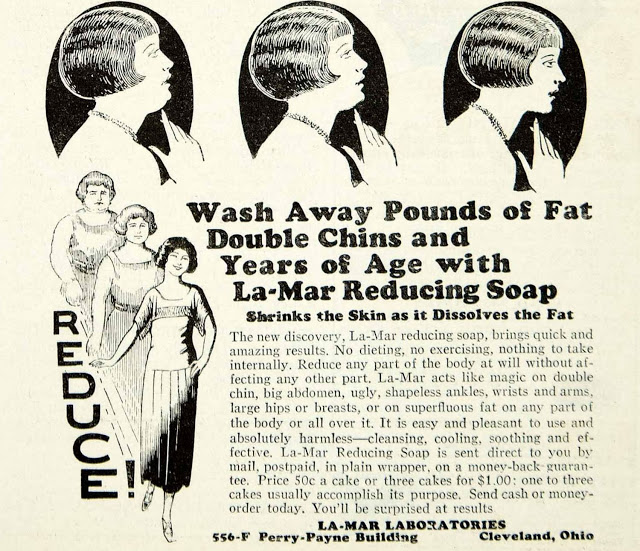 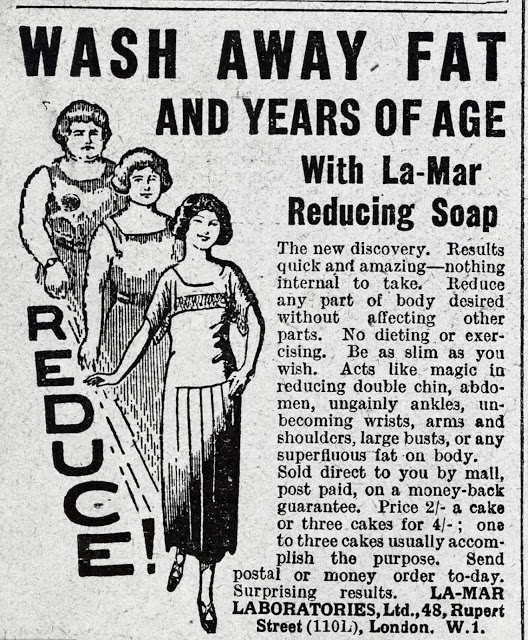 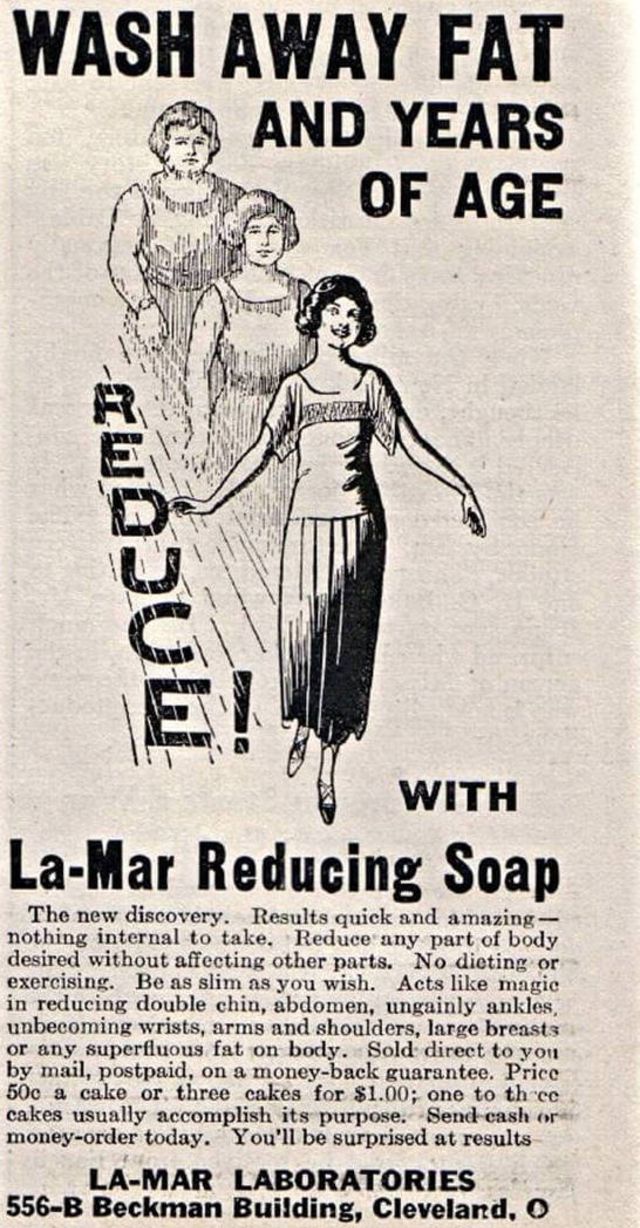