Born 1916 in Sunrise Township, Minnesota, American actor Richard Widmark made his debut as a radio actor in 1938 on Aunt Jenny’s Real Life Stories. He appeared on Broadway in 1943 in F. Hugh Herbert’s Kiss and Tell and in William Saroyan’s Get Away Old Man, directed by George Abbott, which ran for 13 performances. 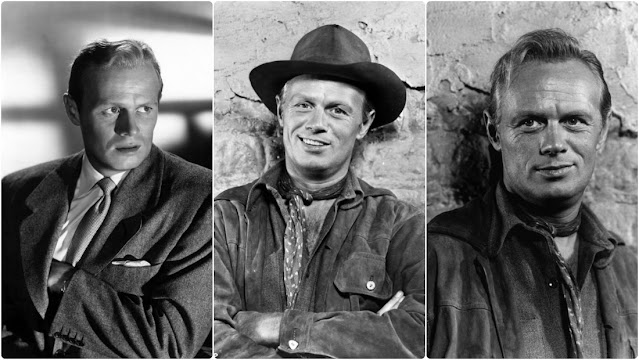 Widmark’s first movie appearance was in the 1947 film noir Kiss of Death. The film was a commercial and critical success: He won the Golden Globe Award for New Star Of The Year – Actor, and was nominated for the Academy Award for Best Supporting Actor for his performance.
Early in his career, Widmark was typecast in similar villainous or anti-hero roles in films noirs, but he later branched out into more heroic leading and supporting roles in Westerns, mainstream dramas, and horror films among others. He retired in 2001.
For his contributions to the motion picture industry, Widmark has a star on the Hollywood Walk of Fame at 6800 Hollywood Boulevard. In 2002, he was inducted into the Western Performers Hall of Fame at the National Cowboy & Western Heritage Museum in Oklahoma City, Oklahoma.
Widmark died after a long illness in 2008, at his home in Roxbury, Connecticut at the age of 93. Take a look at these vintage photos to see portraits of young Richard Widmark in the 1940s and 1950s. 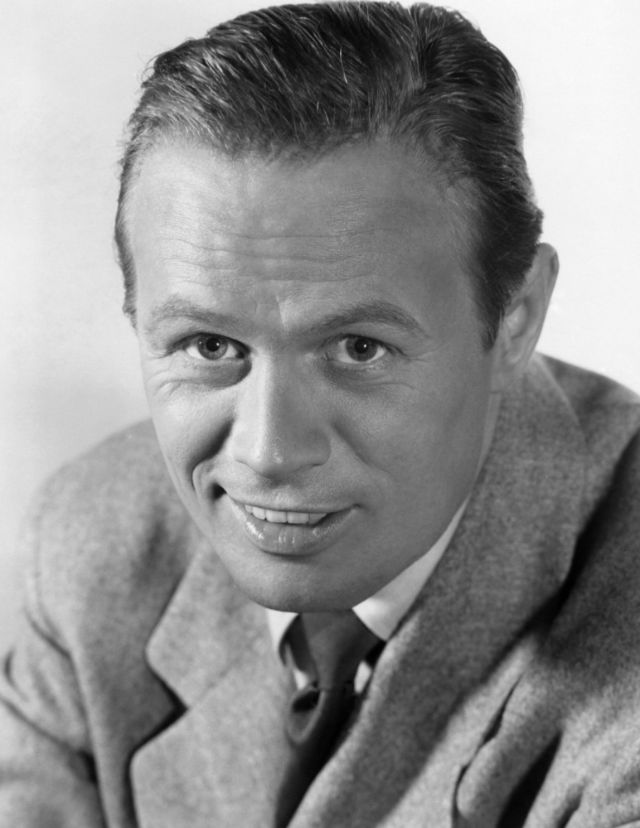 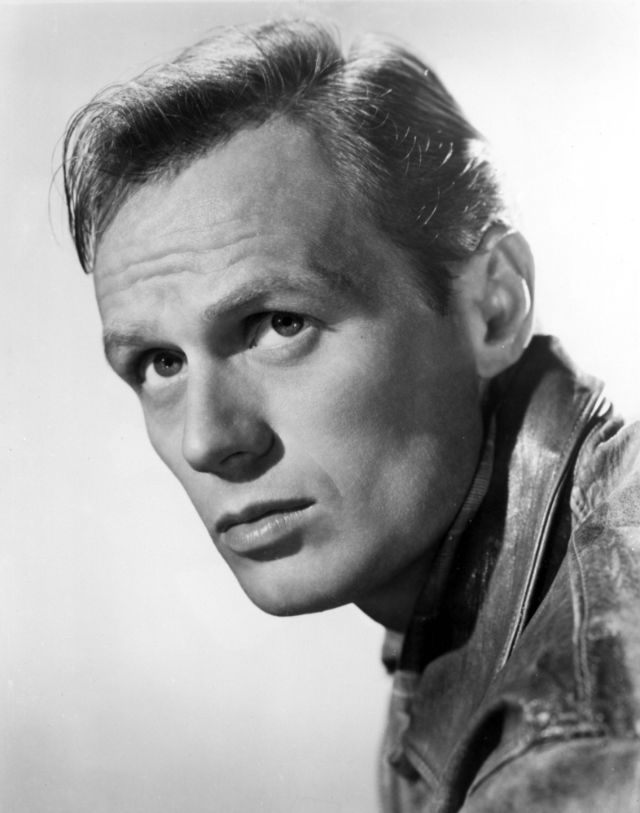 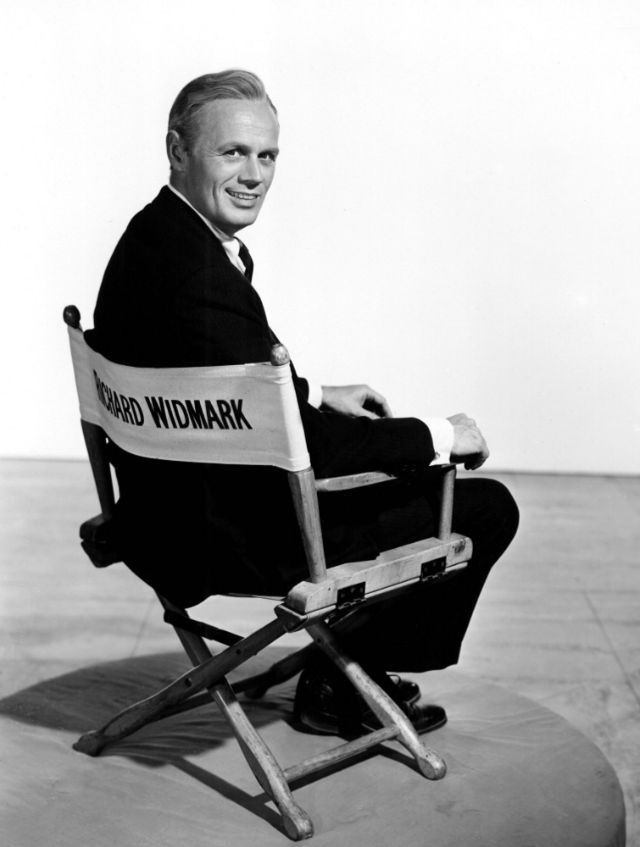 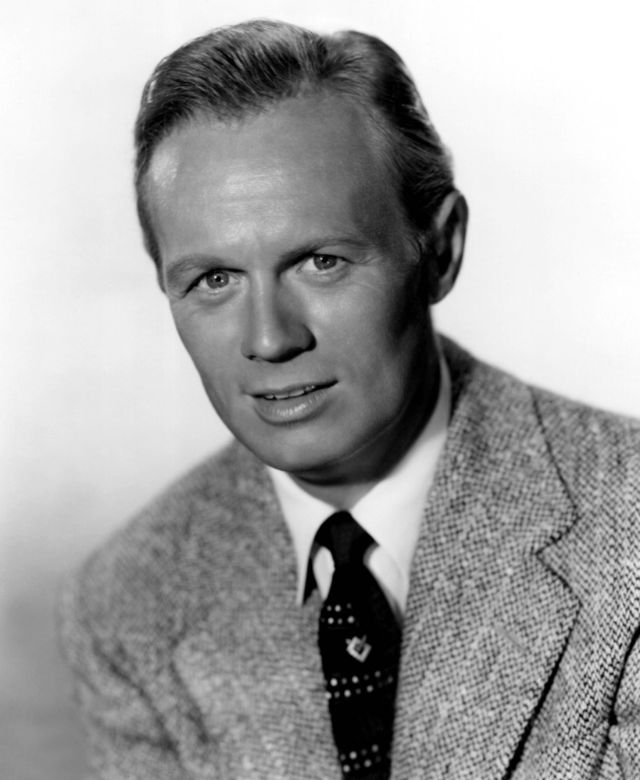 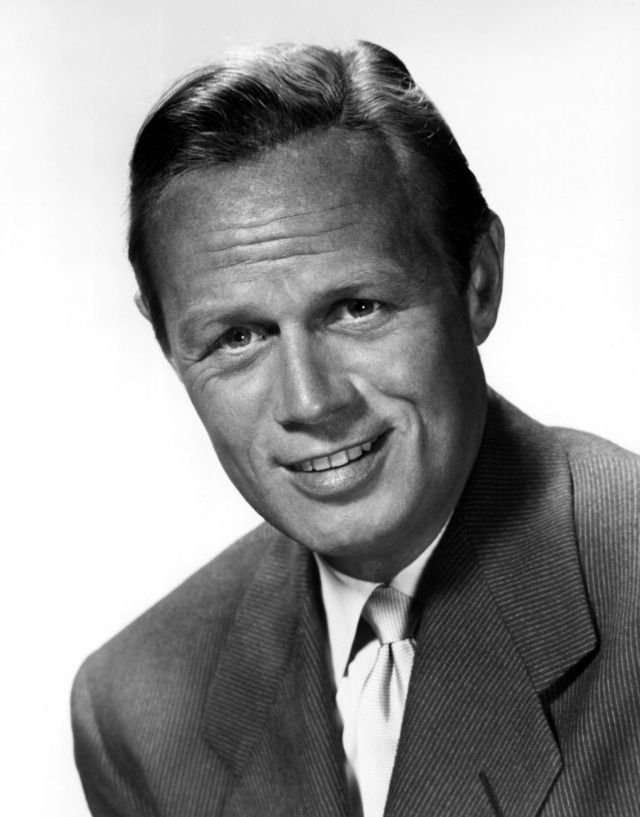