Described by the Hungarian-British archaeologist Aurel Stein as “the bold rainbow-like arch surviving from a bridge thrown across the Wadi al Murr near Eski Mosul,” these photographs of a Roman bridge in Iraq were taken from between the 1920s and 1930s: 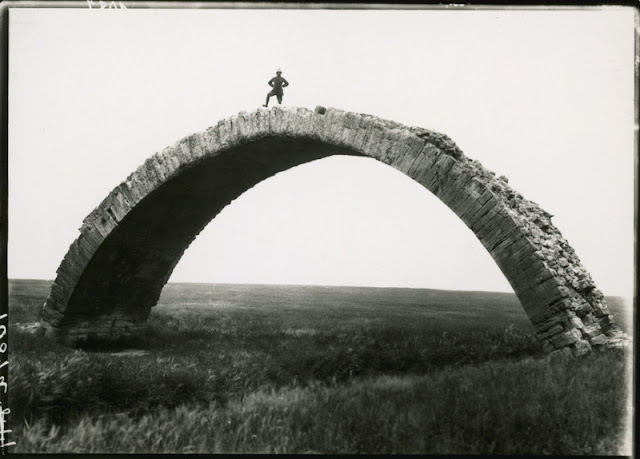 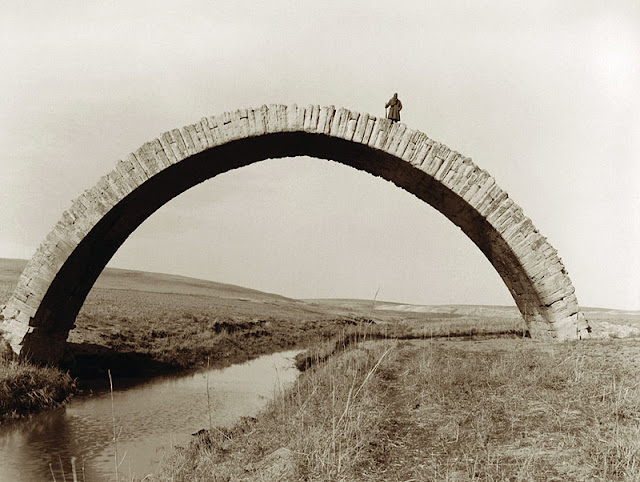 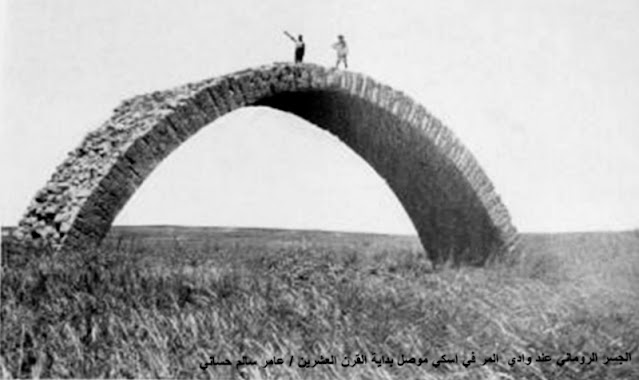 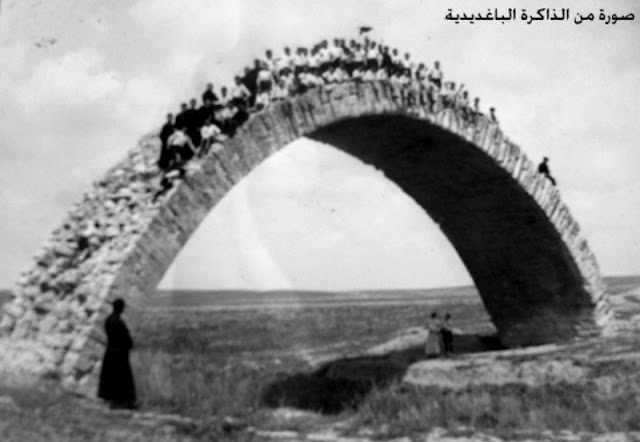 The Romans began organized bridge building to help their military campaigns. Engineers and skilled workmen formed guilds that were dispatched throughout the empire, and these guilds spread and exchanged building ideas and principles. The Romans also discovered a natural cement, called pozzolana, which they used for piers in rivers.
Roman bridges are famous for using the circular arch form, which allowed for spans much longer than stone beams and for bridges of more permanence than wood. Where several arches were necessary for longer bridges, the building of strong piers was critical. This was a problem when the piers could not be built on rock, as in a wide river with a soft bed. To solve this dilemma, the Romans developed the cofferdam, a temporary enclosure made from wooden piles driven into the riverbed to make a sheath, which was often sealed with clay. Concrete was then poured into the water within the ring of piles.