The original bad girl of burlesque, and the dancer who popularized the use of live snakes, Zorita was a 1940s glamour girl. Known for her original and raunchy dances, Zorita was recognizable by the blonde streaks she often had in her black hair. 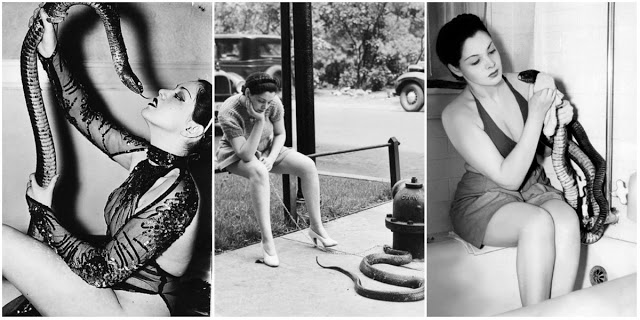 Born Kathryn Boyd in Youngstown, Ohio in 1915, she was adopted by a strict Methodist couple. She was said to be “built to the hilt” for her age, and by the time she was 15 she began working at stag parties and nudist colony events at the San Diego Worlds Fair. Boyd also entered beauty pageants and by the time she was 20 she was turned onto the burlesque world.

Zorita became well known for her unique and naughty acts. In one number she danced in front of a rhinestone spiderweb, while the hands of an unseen spider gradually removed her clothing. Another act was a kinky take on a vaudeville staple – the Half and Half. Taking gender bending to new levels, she dressed one half of her body as a male groom, and the other as a female bride. Always keeping one profile to the audience, the groom and bride gradually removed each others clothing, leading to a climactic “wedding night” romp. 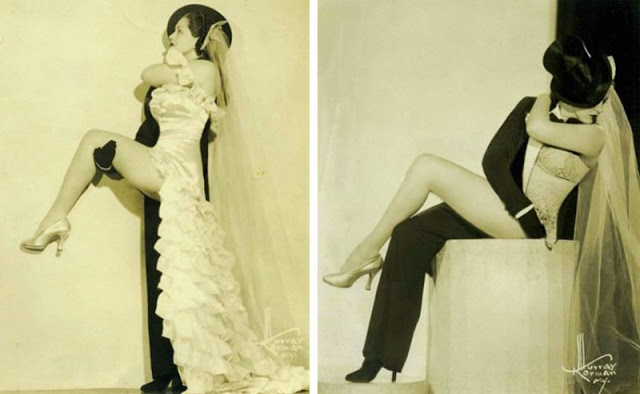 With her exotic fierce looks it is no wonder Zorita became popular, and adding the danger and eroticism of the snakes, the audiences just went wild. She used the movement of the snakes, named Elmer and Oscar, to emphasize her own. In her popular act “The Consummation of the Wedding of the Snake”, she stripped while holding an 8 foot boa constrictor.

What she did with these snakes eventually landed her in trouble. Possibly as an attempt to censor Zorita’s acts, in February 1949 she was arrested by the New York ASPCA claiming she had been cruel to animals. In the above photo she sits in a courtroom with her 10-foot rock python and 20 month old daughter Tawny (who was said to have been put in a drawer while her mother performed in order to keep her safe). The claim was that Zorita had taped the mouths of her snakes before each performance. She was released on $1500 bail, but all her snakes were confiscated.

Although Zorita dated men, and admitted she only spent time with the ones she could use, she was a lesbian and never married. Her unrequited love was fellow performer Sherry Britton, who she pursued relentlessly to no avail.

Retiring from burlesque in 1954, Zorita kept herself busy owning several burlesque clubs in New York and Miami, often passing on tips and tricks. While she taught burlesque routines to others, she refused to tell the secrets of her signature snake stripteases. She quite the scene entirely in 1974, and moved to Florida where she bred Persian cats. 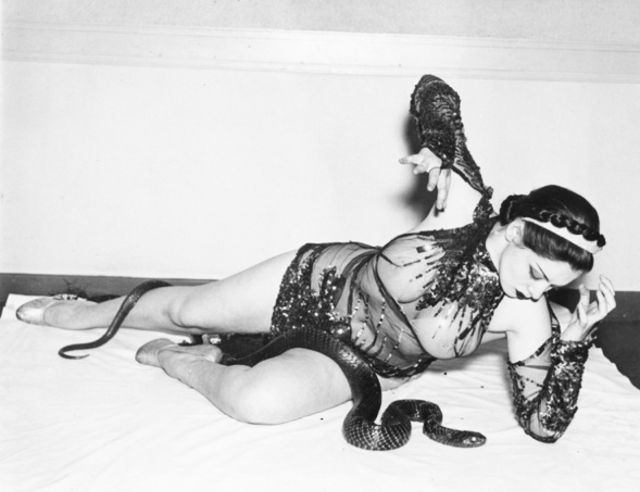 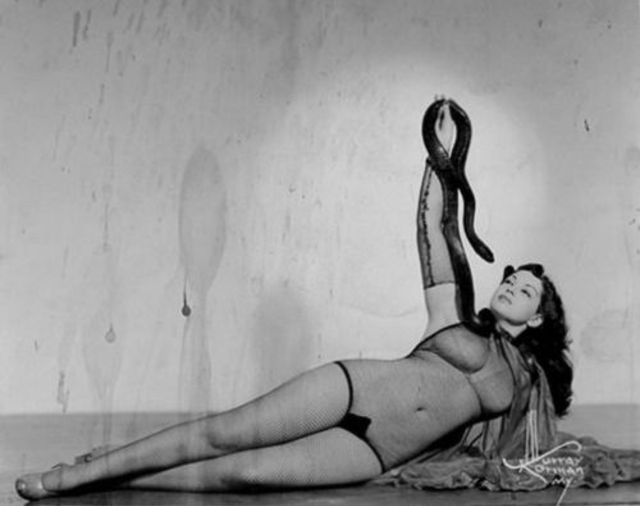 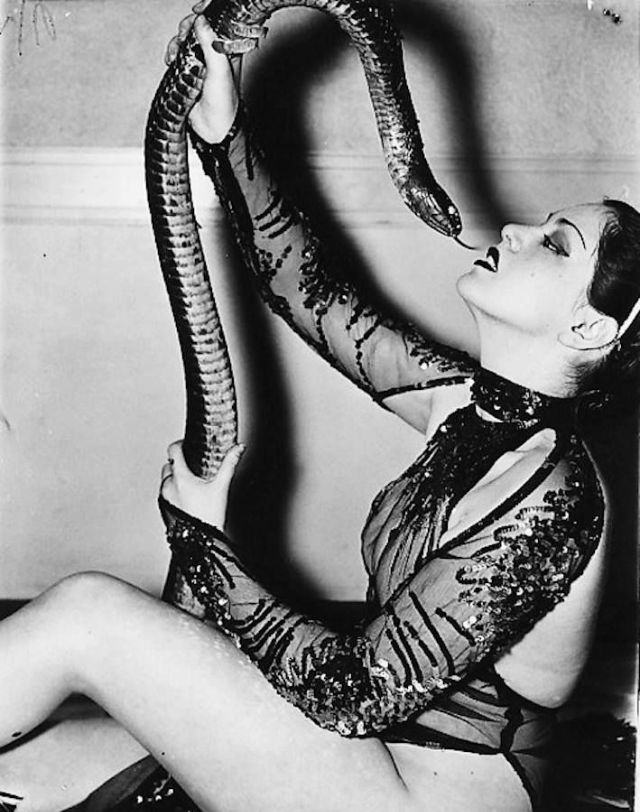 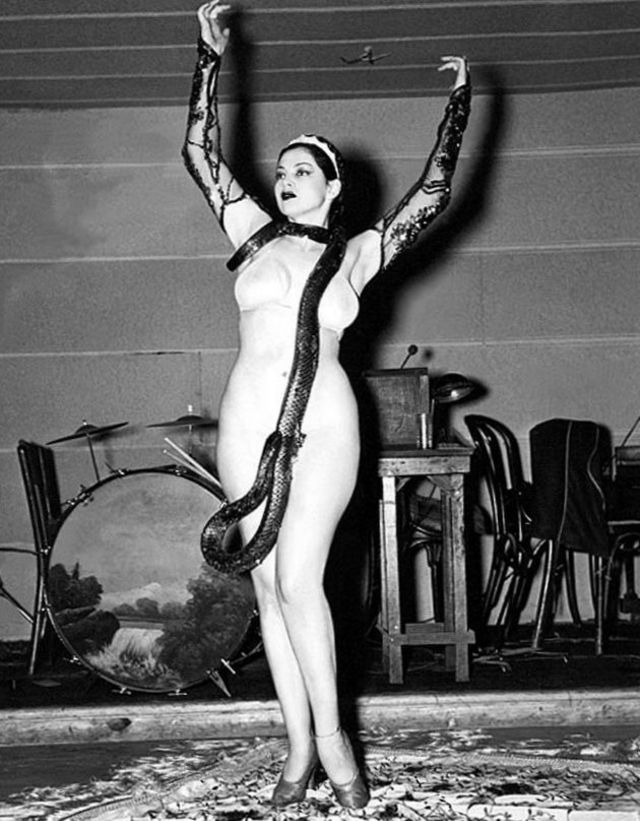