So the little girl is riding a three eyed bear, but what the heck is that animal next to it? 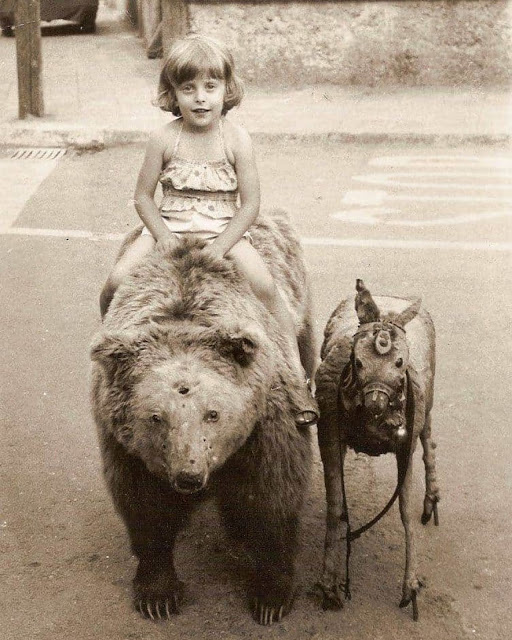 The photograph was taken by a street photographer at a resort in Sozopol, Bulgaria in 1983. This was a popular tourist “attraction” back then.

Sozopol is an ancient seaside town located 35 km south of Burgas on the southern Bulgarian Black Sea Coast. Today it is one of the major seaside resorts in the country, known for the Apollonia art and film festival (which takes place in early September) that is named after one of the town’s ancient names.