Postcards are so popular because they are tangible and can be kept as long as you want – on your fridge or in a collection – unlike emails which can be erased with one click of a mouse.

Here are some of fun and interesting vintage French postcards that show young men carrying a bouquet of roses. These cards were produced in France from around the 1910s, and partly colored by hand. 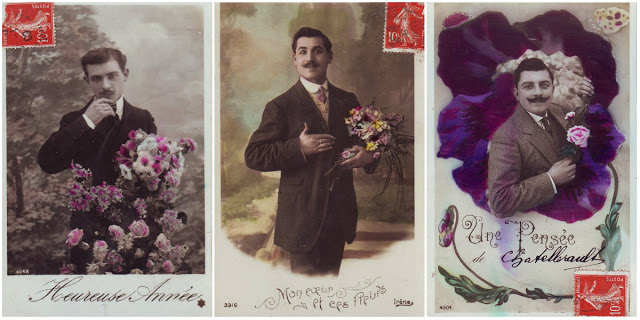 It was the period of social, economic, technological and political progress known as la belle époque, ‘the beautiful era’, although it was so named after the First World War given the nostalgia for better days. This era was the golden age of the postcard. As the newspapers did not contain photographs, the postcard was used as a new medium.

Local photographers set for posterity the events and scenes typical of everyday life. Hotels, cafes and shops of all kinds used the postcard as an advertising medium.

In early postcards the back was reserved for the address, and the front was used both for the photo and for writing a message. 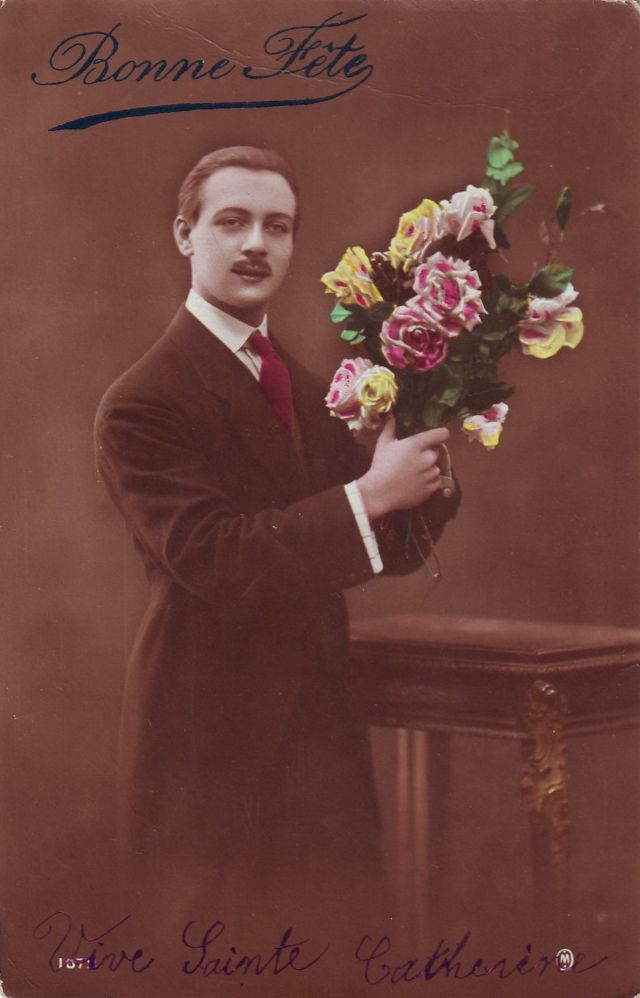 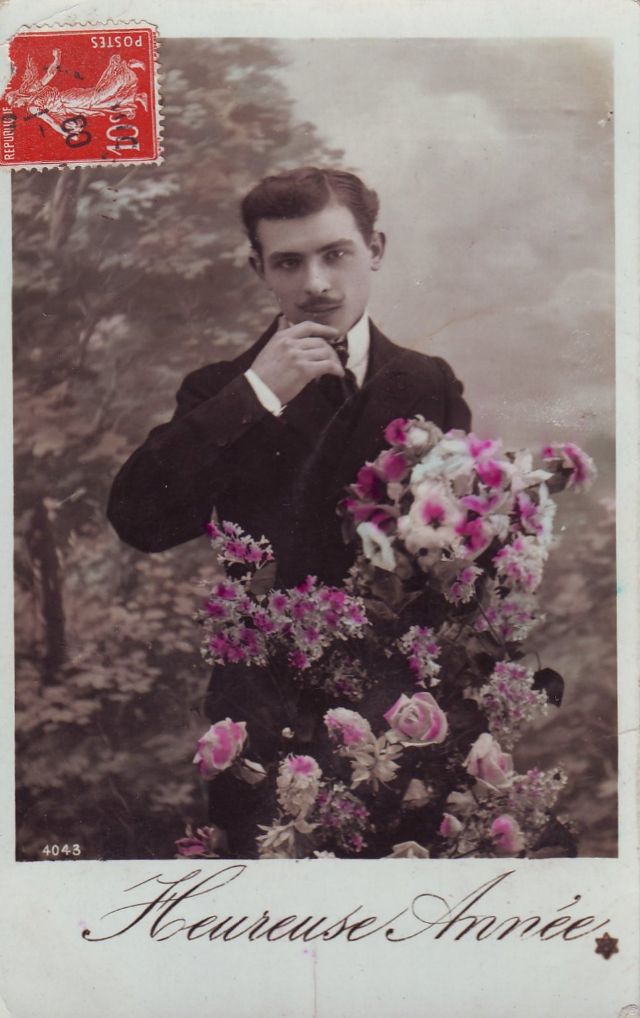 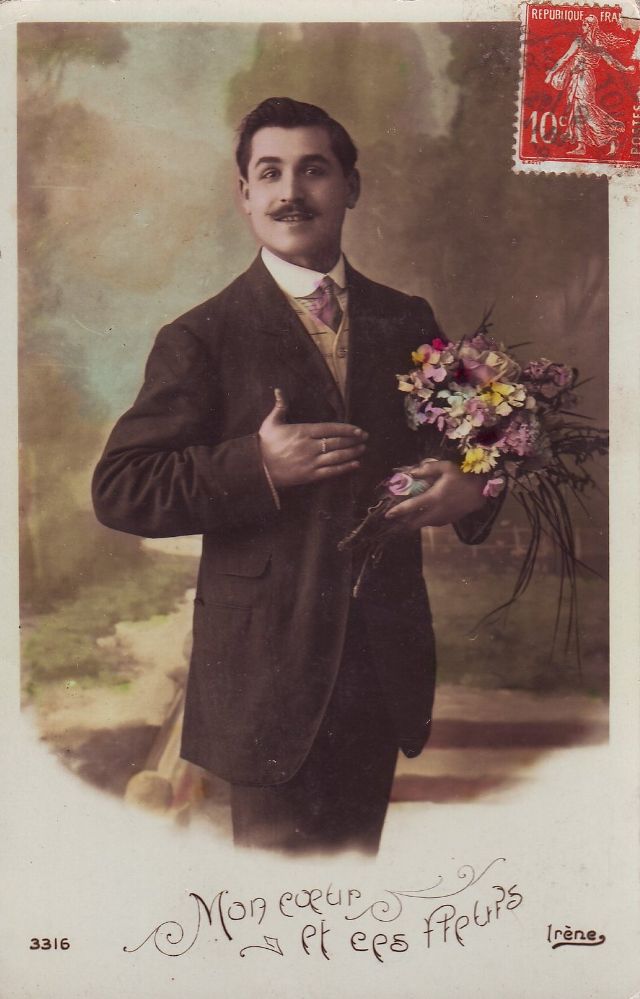 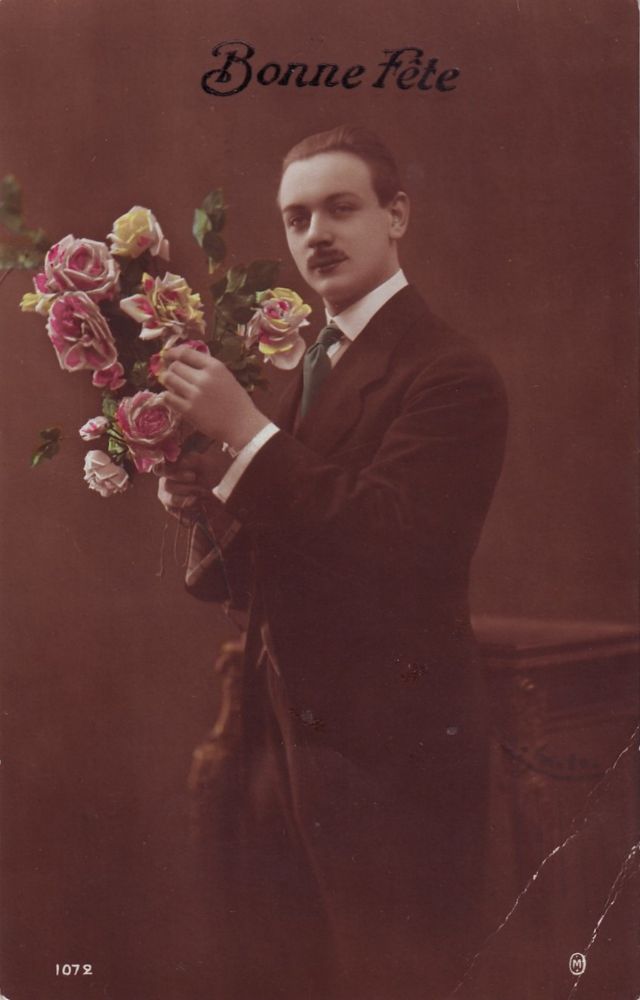 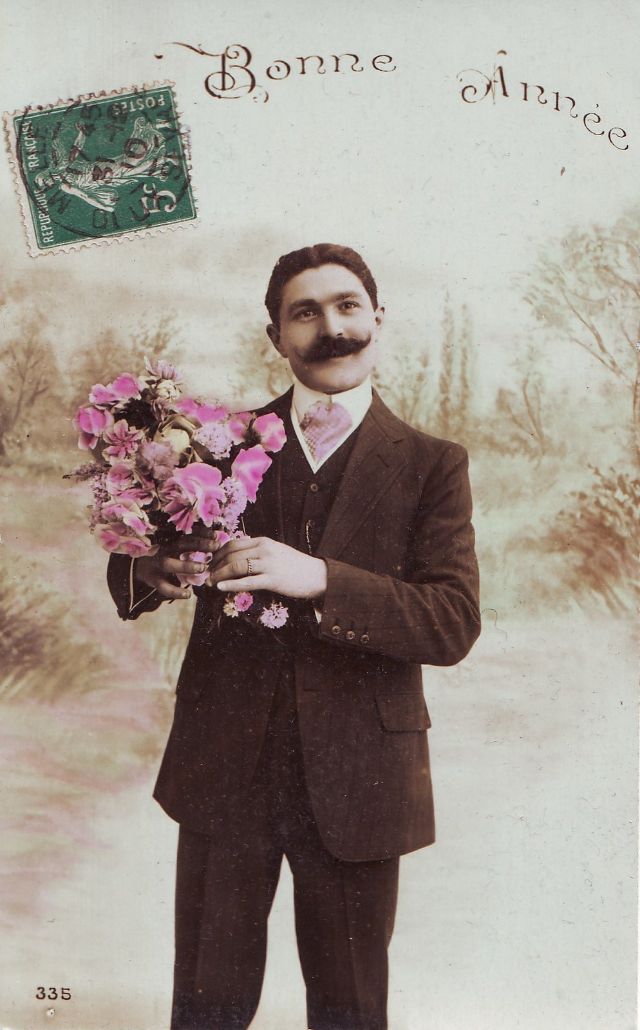