A station wagon, also called an estate car, estate or wagon, is a car body style which has a two-box design, a large cargo area and a rear tailgate that is hinged to open for access to the cargo area. The body style is similar to a hatchback car, but station wagons are longer and are more likely to have the roof-line extended to the rear of the vehicle body to provide ample space for luggage and small cargo.

The first station wagons, produced in the United States around 1910, were wood-bodied conversions of an existing passenger car. During the 1930s, car manufacturers began to produce similarly-styled models, and by the 1950s the wood rear bodywork had been replaced by an all-steel body.

Station wagon and estate models sold well from the 1950s to the 1970s, since when sales have declined somewhat as minivans and SUVs have increased in popularity.

Here, let’s take a look from what was hot off the assembly line 40 years ago from a sampling of American and foreign automakers. 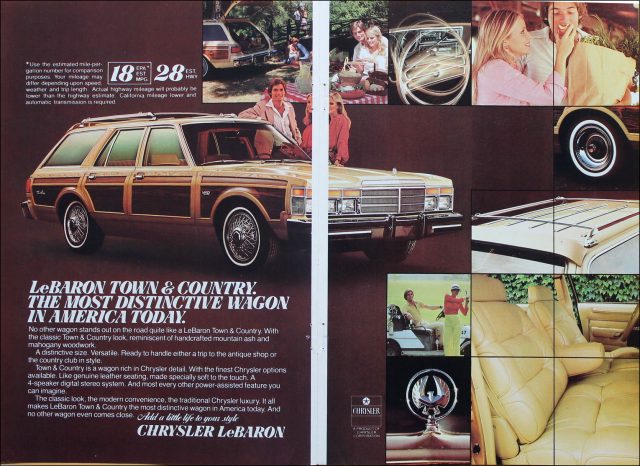 The seventh-generation Town & Country was in its second year as the mid-sized LeBaron wagon. It had formerly been the company’s full-size station wagon. 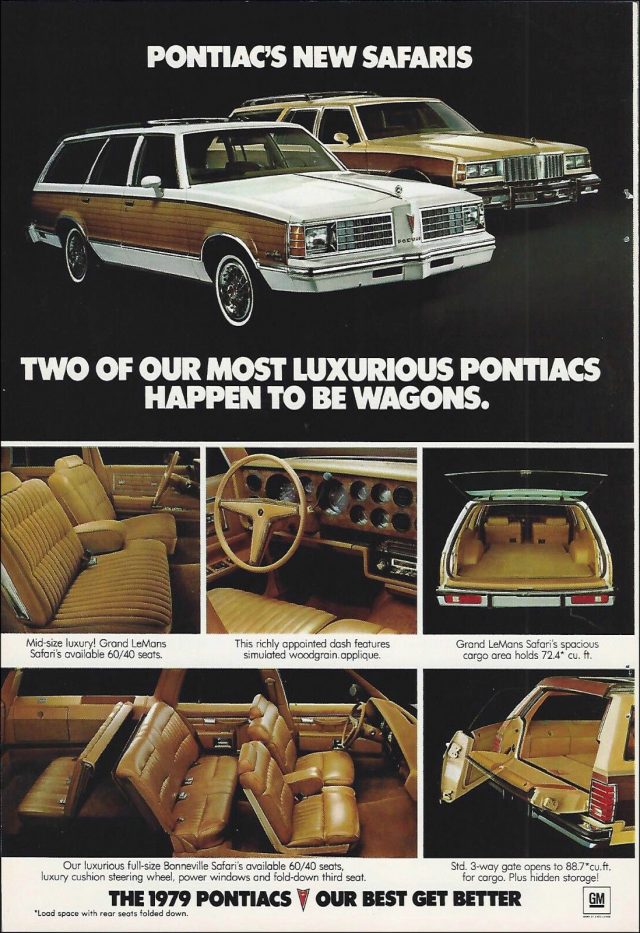 The 1979 Safaris were available in several trim packages. This ad highlights the mid-size Grand LeMans Safari and the full-size Bonneville Safari. 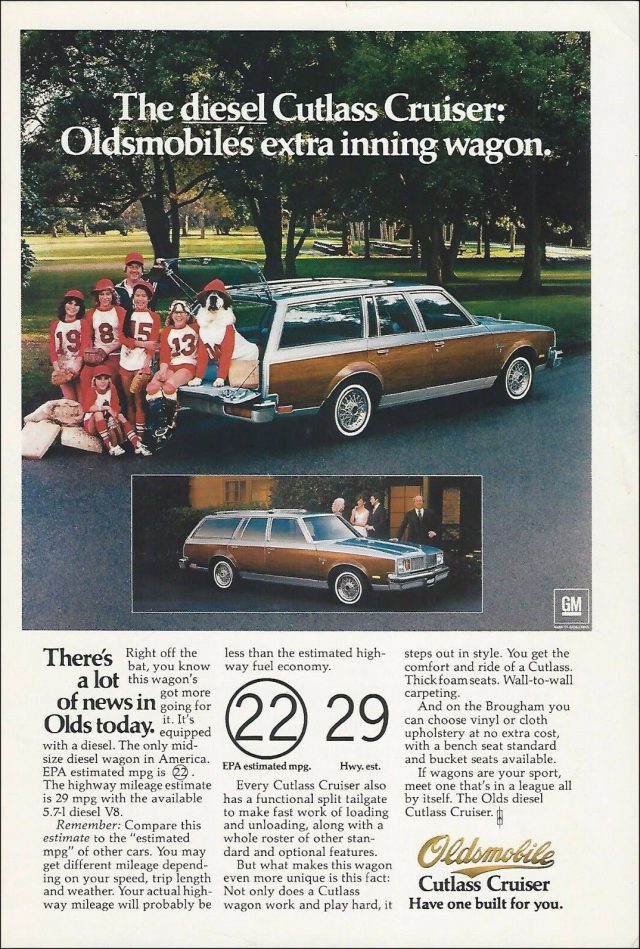 This Cutlass Cruiser, Oldsmobile’s mid-size wagon, features a diesel engine. 1979 was the company’s second model year with a diesel engine for its wagons.

And here is the full-size Custom Cruiser: 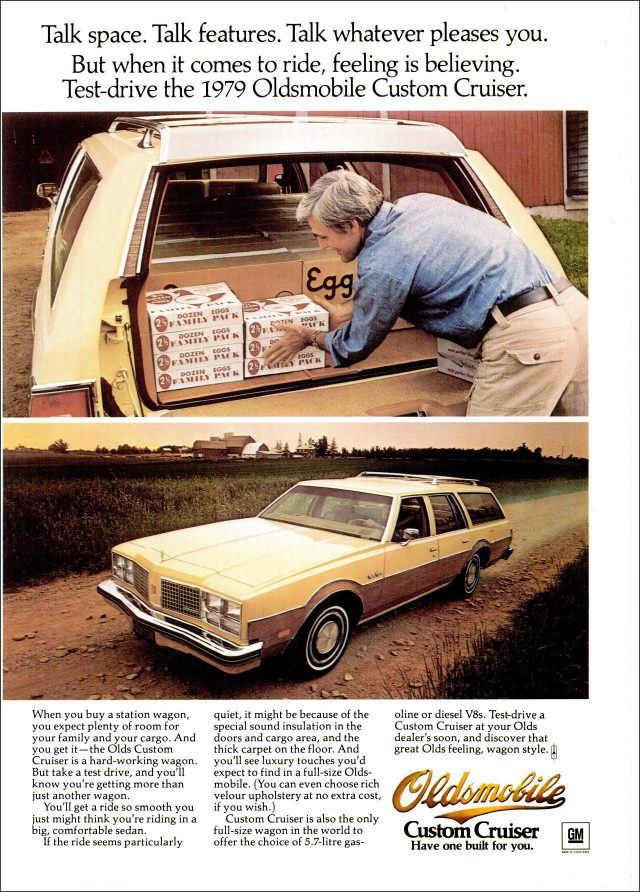 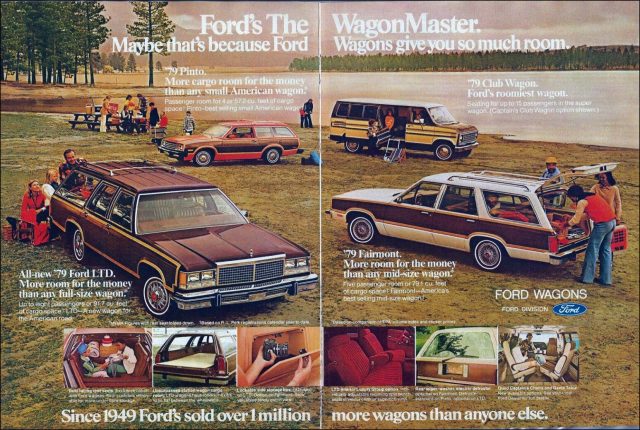 All four of Ford’s wagon models for 1979 are on this beauty of an ad, including the Club Wagon van. We’ve got the Pinto, LTD, and Fairmont wagons all out for a nice day at the lake. 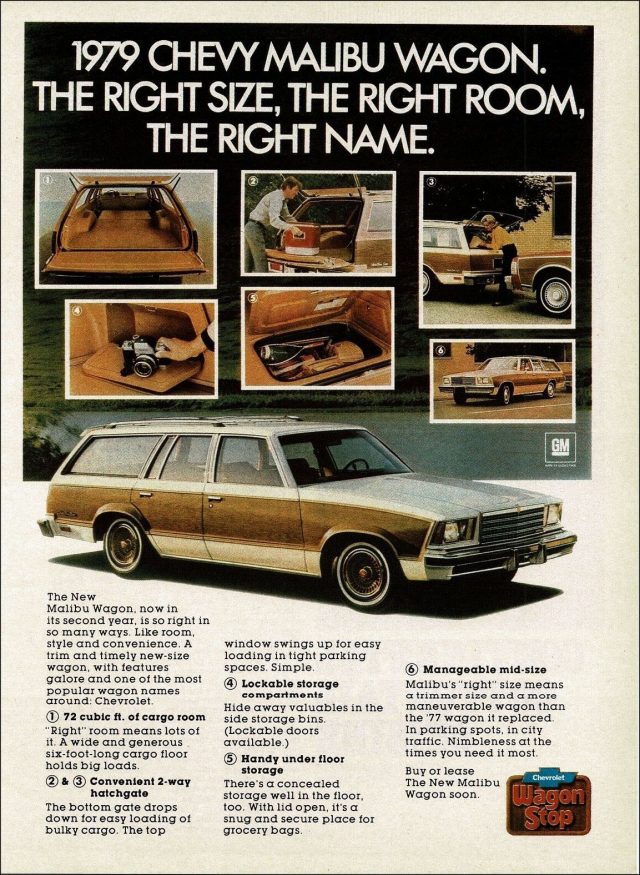 1979 was the second model year for the Malibu wagon, then in its fourth generation. It was Chevy’s mid-size wagon entry. 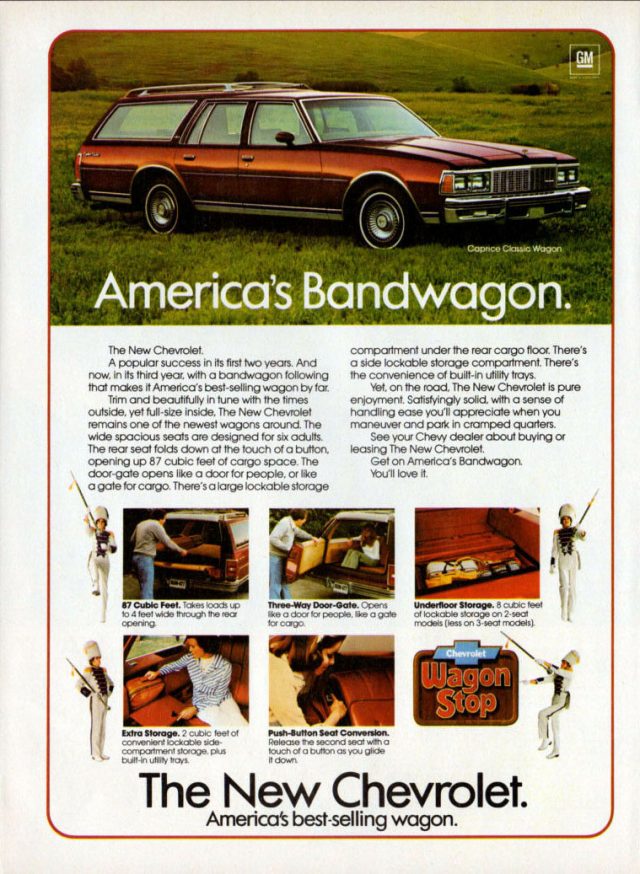