Through the ages, composers had to write their music by hand and over time all sorts of machines were invented to print music. One such invention, The Keaton Music Typewriter, did job beautifully and looks nothing like a conventional typewriter. 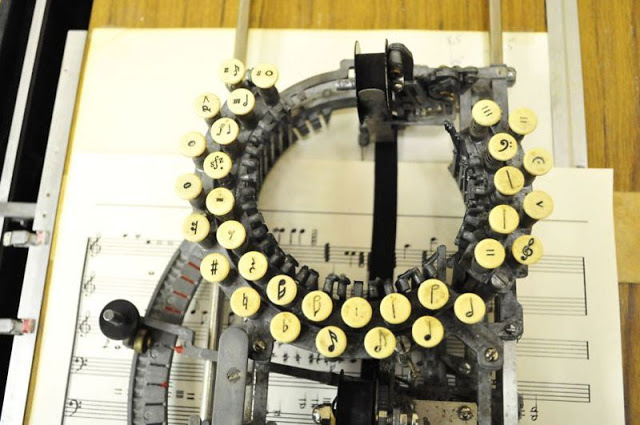 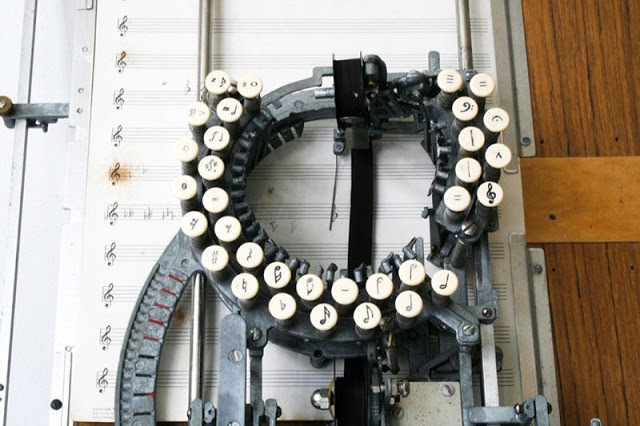 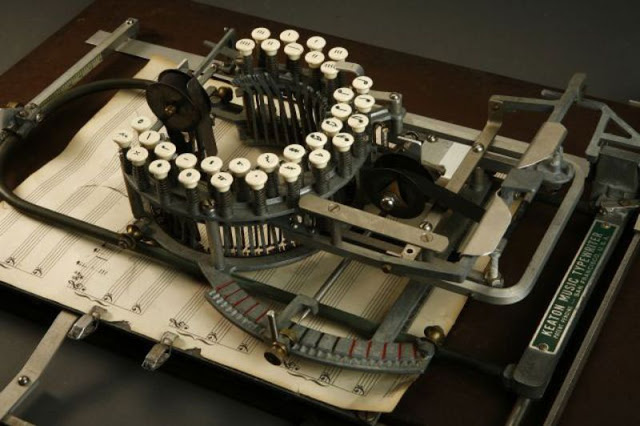 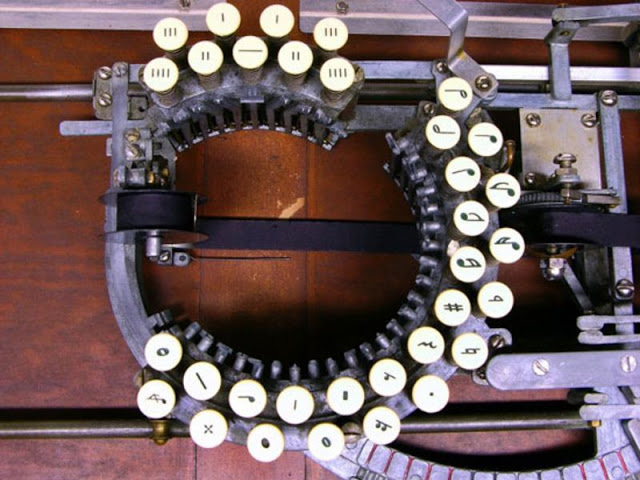 The Keaton Music Typewriter was first patented in 1936 (14 keys) by Robert H. Keaton from San Francisco, California. Another patent was taken out in 1953 (33 keys) which included improvements to the machine. The machine types on a sheet of paper lying flat under the typing mechanism.

It was marketed in the 1950s and sold for around $225. The typewriter made it easier for publishers, educators, and other musicians to produce music copies in quantity. Composers, however, preferred to write the music out by hand.

The typewriter has a handle, called the scale shift handle, to the left of the circular keyboard, which moves over a notched metal arc. This moves a long needle, adjacent to the ribbon, which indicates where the next symbol is to be printed.

The machine contains two keyboards – one smaller, stationary keyboard and the other larger, moveable keyboard which is moved by the scale shift handle. The smaller keyboard contains bar lines and ledger lines which remain in a fixed position to the staff paper. (Preprinted staff paper is used with the Keaton typewriter.) The larger part of the keyboard contains the notes, rests, sharps, flats, and other musical symbols.

There are three spacing keys used for different purposes such as adding spaces for accidentals, grace notes, or dots. The keys are pressed straight down onto the staff paper where the long needle indicates the position. A printing ribbon runs under the symbols which allow for the printing to take place.

In his patent, Keaton set out the design goals of his invention, which could easily be applied to any music typewriter. Among his points:

“One keyboard is adapted to type one class of music characters such as bar lines and ledger lines, which, when repeated, always appear in the same relative spaced positions with respect to the lines… and a second keyboard adapted to type another class of musical characters, such as the notes, rest signs and sharp and flat signs etc., which may, when repeated, appear in various spaced positions with respect to the lines.”