Though Fred Valentich disappeared almost 40 years ago, his disappearance still captures the attention of UFO hunters. 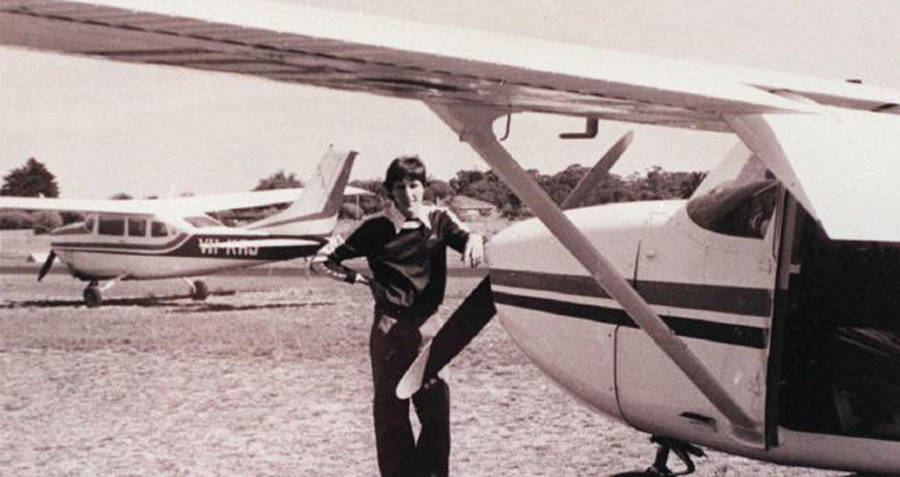 The Herald Sun Fred Valentich with his plane shortly before his disappearance.

Valentich had been attempting a training flight over the Bass Strait between the Australian mainland and Tasmania. He was driving a Cessna 182L, a light aircraft, and was a moderately experienced pilot, clocking roughly 150 hours flying time.

On the evening of October 21, Valentich departed for a training flight, from Moorabbin to King Island, a 125-mile trek over the Bass Strait.

At 7:06 pm, Valentich radioed the Melbourune Flight Service to report an unidentified aircraft following him at 4,500 feet. The service told him there was no traffic near him at the time. Valentich insisted he could see a large unknown aircraft near him, which appeared to have four bright landing lights, all illuminated. He claimed it passed 1,000 feet above him, moving at high speed.

For another five minutes, he reported the aircraft’s movements. He claimed it moved toward him, that he thought the other pilot was toying with him and that it was “orbiting” above him.

The only description, besides the four landing lights, that Valentich was able to give was that the aircraft’s exterior was a shiny and metallic, and that it had a green light on it.

A few minutes after first radioing the Melbourne Flight Service, Fred Valentich reported he was having engine trouble. The radio officials asked him once more to identify the other aircraft.

“It isn’t an aircraft,” he managed to respond, right before the transmission was cut off. The last sound the radio officials heard was a “metallic, scraping sound.”

Radio officials at the Melbourne Flight Service assumed that Valentich had crashed, but an initial sea and air search of the area he was last reported in turned up nothing.

The Australian Department of Transport looked into Valentich’s disappearance but was unable to find anything. A few scattered reports of civilians seeing planes landing or flying overhead were collected, but in the end, the disappearance was presumed fatal, and the case was closed. 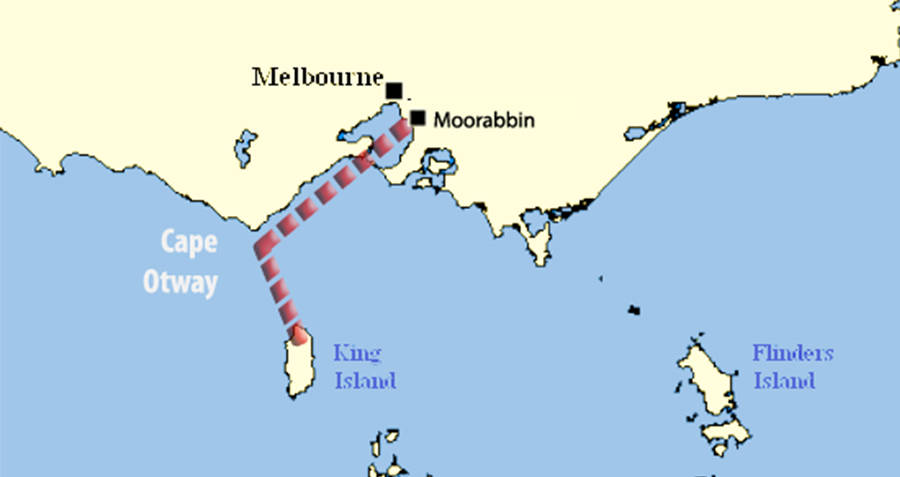 But, the case was far from over.

Five years after Valentich went missing, an engine cowl flap washed ashore on Flinders Island. The Bureau of Air Safety Investigation noted that the part came from the same type of aircraft Valentich was piloting and that it had serial numbers within the same range as Valentich’s plane.

After the mysterious disappearance, the public learned from Guido Valentich’s, Fred’s father, that Valentich was an “ardent believer” in UFOs and often worried about being attacked by one.

It also came out that Valentich had applied twice to the Royal Australian Air Force, and was rejected both times for inadequate educational experience. He was also studying to be a commercial pilot but had failed his examinations twice. He had also received several warnings, after flying once into a restricted zone in Sydney, and twice into clouds.

Ufologists jumped on the case immediately, offering claims that he was abducted by aliens. They claim there are eyewitness accounts of the green lights that Valentich reported seeing moving across the sky in the area he was last reported being.

A group in Phoenix, Arizona also believes that a UFO abduction is a likely explanation. The Ground Saucer Watch claims to have photos taken by a plumber that show a fast moving object moving through the water near the scene of the disappearance. However, the photos have proven to be too blurry to clearly identify the object.

The case remained a topic of conversation amongst conspiracy theorists for almost 40 years, though no new information was ever collected until 2014.

A UFO Action group in Victoria claimed that an unidentified farmer saw a 30-meter aircraft hovering over his farm the morning after Valentich went missing. 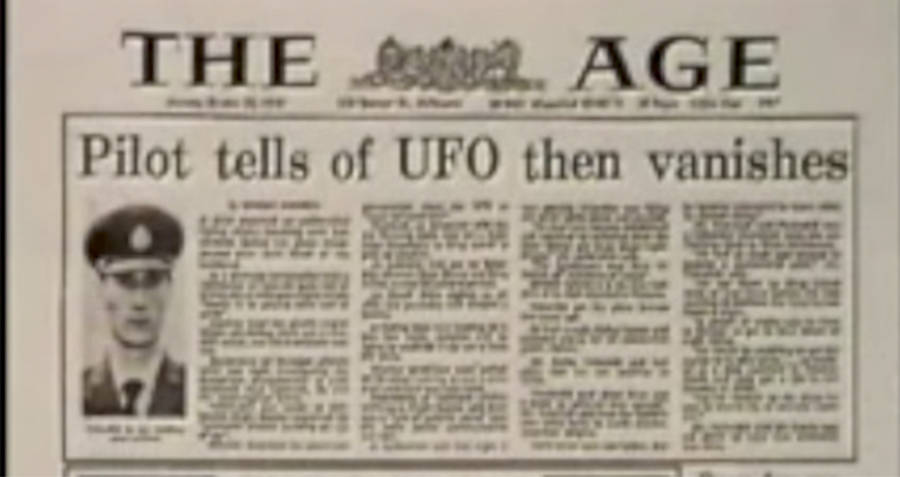 He also claimed that Fred Valentich’s missing aircraft was stuck to the side of the “UFO,” leaking oil.

The only problem is that the Victorian UFO group never learned the name of the farmer. Since 2013, the group has been searching for him but has not yet been successful.

Despite recurring reports of UFO sightings, and Ufologists insisting that Fred Valentich’s disappearance is extraterrestrially related, there has been no real explanation of his disappearance, and the mystery continues to haunt Australia’s conspiracy theorists today.

Next, check out these Area 51 photos, captured by UFO hunters. Then, read about these crazy governent alien experiments.