Testament of Orpheus (French: Le testament d’Orphée) is a 1960 black-and-white film with a few seconds of color film spliced in. Directed by and starring Jean Cocteau, who plays himself as an 18th-century poet, the film includes cameo appearances by Pablo Picasso, Jean Marais, Charles Aznavour, Jean-Pierre Leaud and Yul Brynner. It is considered the final part of the Orphic Trilogy, following The Blood of a Poet (1930) and Orphée (1950).

“It is the unique power of cinema to allow a great many people to dream the same dream together and to present illusion to us as if it were strict reality. It is, in short, an admirable vehicle for poetry. My film is nothing other than a striptease act, gradually peeling away my body to reveal my naked soul. For there is a considerable audience eager for this truth beyond truth which will one day become the sign of our times. This is the legacy of a poet to the youth in which he has always found support.” – Jean Cocteau

One critic described it as a “wry, self-conscious re-examination of a lifetime’s obsessions” with Cocteau placing himself at the center of the mythological and fictional world he spun throughout his books, films, plays and paintings. The film includes numerous instances of “double takes”, including one scene where Cocteau, walking past himself, looks back to see himself in what was described by one scholar as “a retrospective on the Cocteau œuvre”.

The New York Times calls it “self-serving”, noting that the pretension of the film was certainly intended by Cocteau as his last statement made on film: “as much a long-winded self-analysis as an extraordinary succession of visually arresting images”.

During the making of the film Testament of Orpheus, legendary photographer and close friend to Cocteau, Lucien Clergue, was on hand to document the filming. In the words of Cocteau, “You are free to do as you please, I look forward to being surprised by your photos.” The horse costume from the film was designed by Janine Janet. 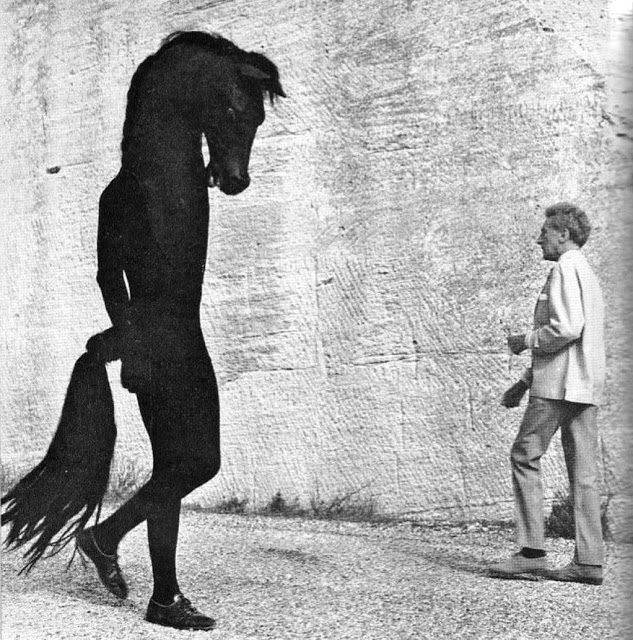 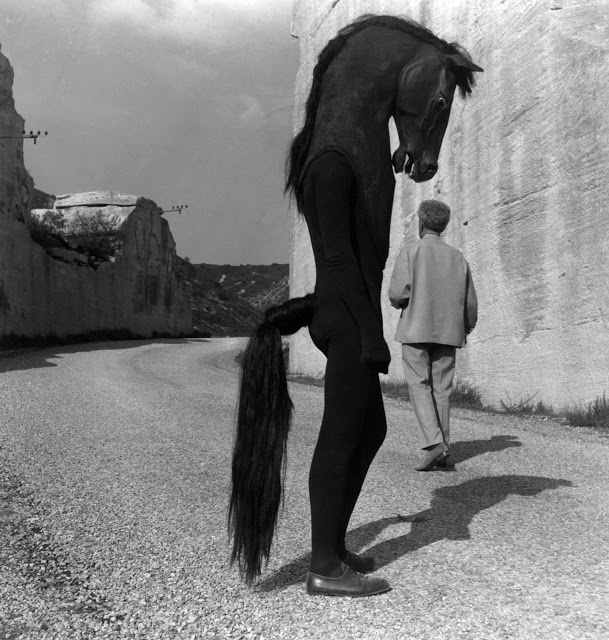 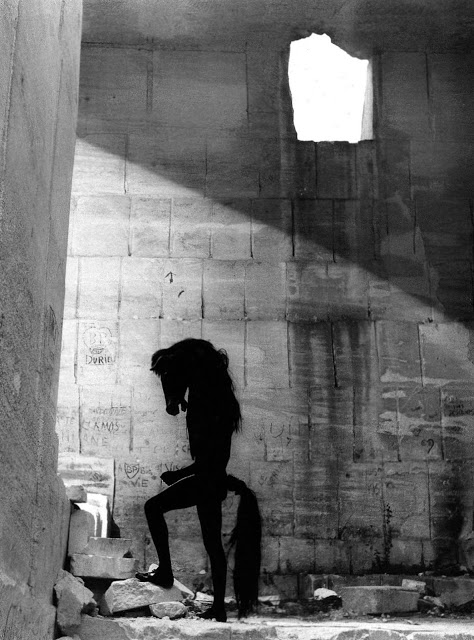