This post was originally published on this site
0
SHARES
ShareTweet
In 1959 Vladimir Demikhov, a Soviet scientist and organ transplant pioneer, attached the upper body of a small dog to the neck of a large dog. This was not the first time he performed this procedure (the first was in 1954) but it was the first time the entire transplant procedure was documented, by LIFE magazine. The small dog was a nine year old female named Shavka and the large male dog who was a stray picked up in the streets by a dog catcher was named Brodyaga. 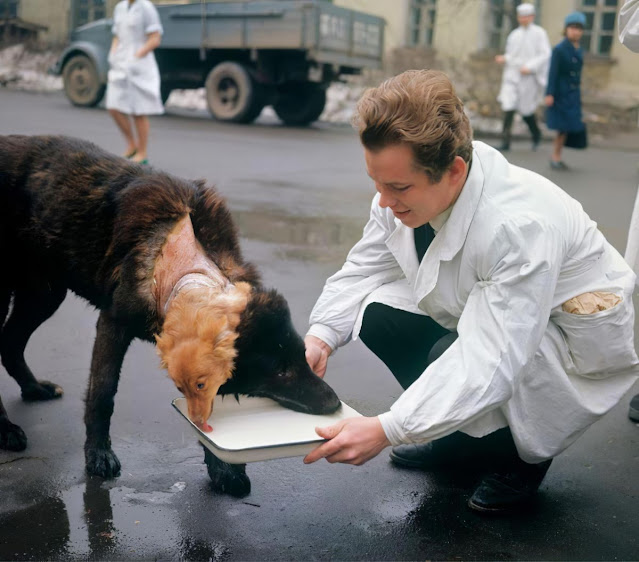 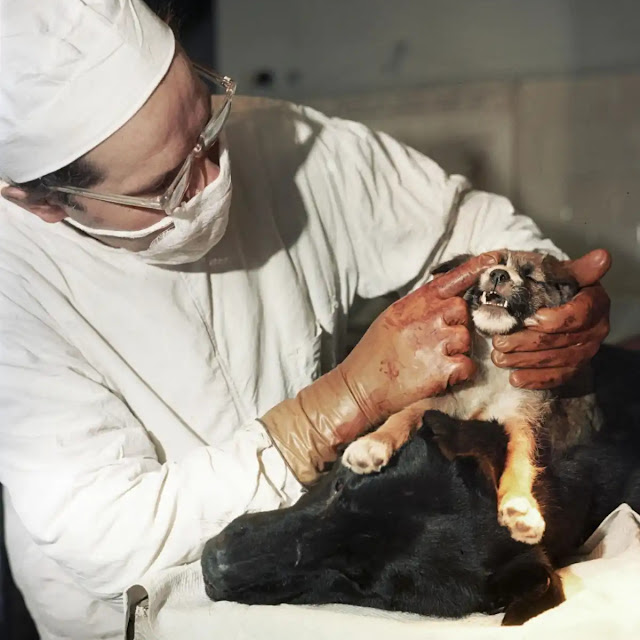 Both dogs were given an anesthetic prior to the surgery and the areas to be bisected were shaven, the neck of Brodyaga and the midsection of Shavka. Demikhov and his team cut into Brodyaga’s neck exposing his jugular vein, aorta and neck vertebrae. Then they cut into Shavka’s midsection, layer by layer, attaching small blood vessels to Brodyaga’s.
After severing Shavka’s spine behind her shoulders and removing her lower body they connected the main blood vessels and attached her trachea to his lungs. The final stage was removing Shavka’s heart and lungs. Her esophagus was not attached to Brodyaga’s stomach, it was placed outside of their bodies. 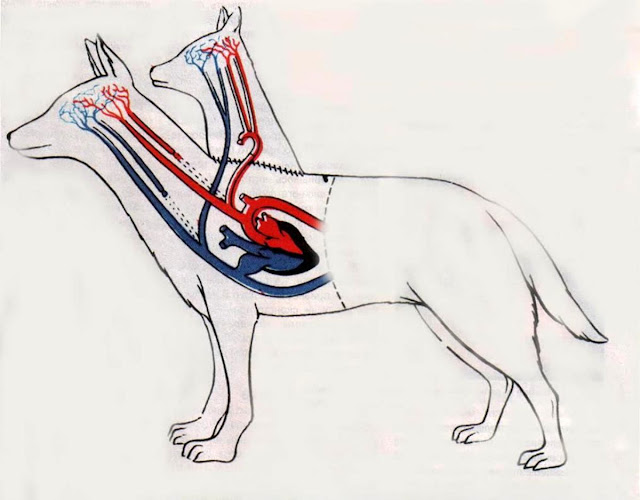 Both dogs survived the surgery and were able to move independently. Shavka was even able to lap a few mouthfuls of water from a bowl, which the water ran down Shavka’s esophagus and down Brodyaga’s neck. The nutrients and oxygen Shavka needed to sustain life came from the blood pumped into her system from Brodyaga’s heart. Brodyaga was able to walk them both around the yard, and Shavka would even bite the large dog on his ear.
Brodyaga and Shavka died four days after the surgery. One of the neck veins connecting them was strangled, taking both of their lives. These two dogs represent one of twenty such experiments by the Russian surgeon. One pair of dogs lived for 29 days but most lived closer to a week. Tissue rejection (when the recipient’s immune system recognizes transplanted tissue as foreign and destroys the tissue) was the cause of death for most of the dogs. Today immunosuppressant drugs are used to limit the risk of tissue rejection.
Demikhov’s experiments (mostly on dogs) also included heart, lung, and heart-lung set transplants. His work helped pave the way for human organ transplants, and some believe human head transplants will happen in the near future – for example, transplanting the head of a quadriplegic onto a functional donor body.
Animal testing continues today despite alternative methods. Animal rights groups are working hard to stop animal testing so hopefully one day real soon no more animals will have to suffer to benefit mankind. 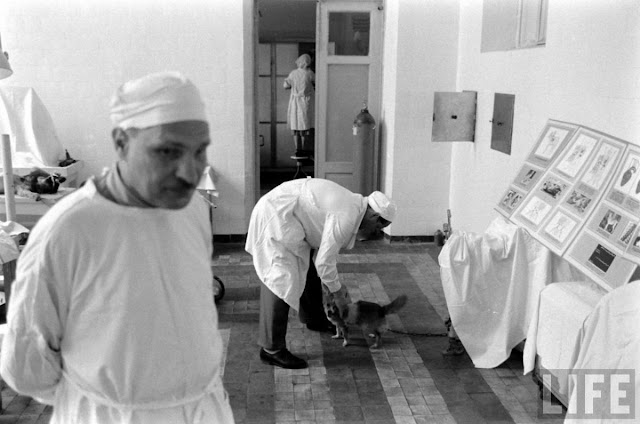 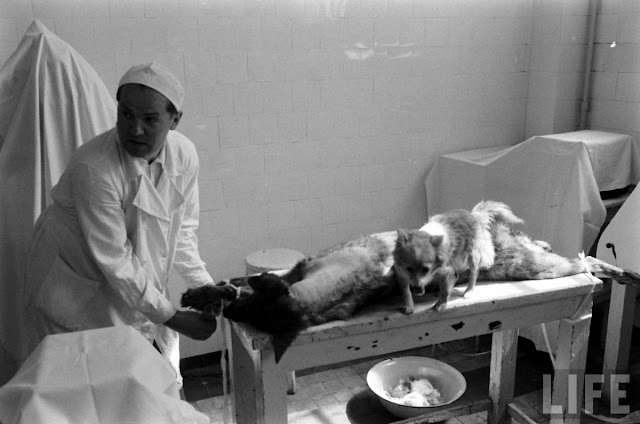 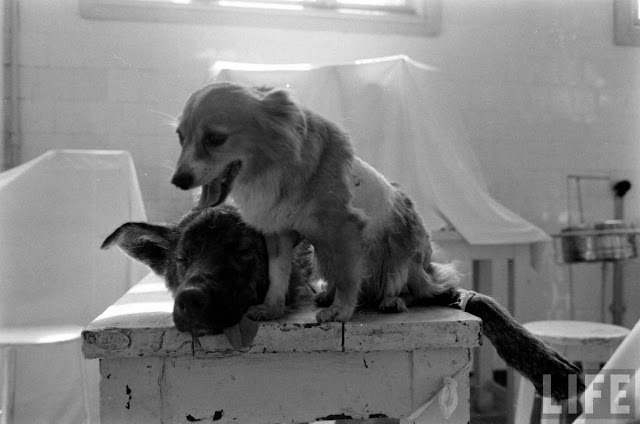 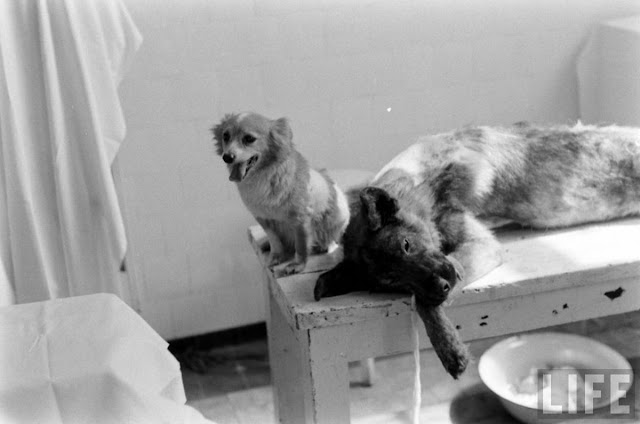 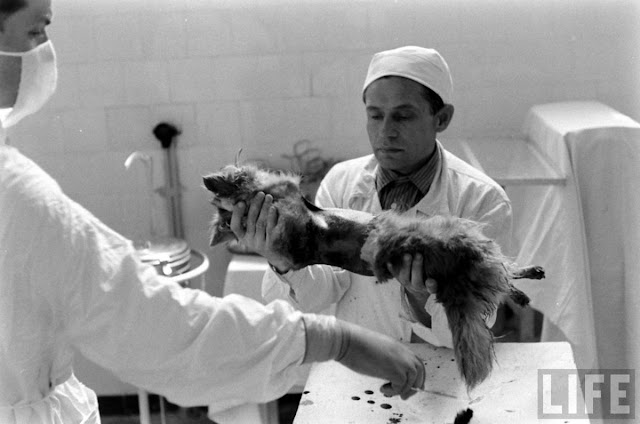