In 1953, INS commissioner Argyle Mackey said that “the human tide of ‘wetbacks’” was the “most serious enforcement problem of the Service.”

Dean/The LIFE Picture Collection/Getty ImagesIllegal immigrants being escorted back across the border to Mexico. 1955.

While the United States has enacted many dubious policies in its 241-year history, few were as explicitly so as the 1954 law enforcement initiative known as Operation Wetback.

Since the 1930s, large numbers of Mexican laborers have traveled into the United States for seasonal agricultural work. These migrant workers often numbered over 150,000 a year, and would generally return to Mexico following the end of their employment.

In 1941 when the U.S. joined World War II and large numbers of young American men went off to fight overseas, farms in the U.S. were in need of labor.

In response to this labor shortage, the US government created the Bracero program jointly with the Mexican government.

Through the Bracero (meaning “manual laborer” in Spanish) program the U.S. would provide Mexican migrant workers with short term legal resident status and adequate living conditions to entice an influx of labor. 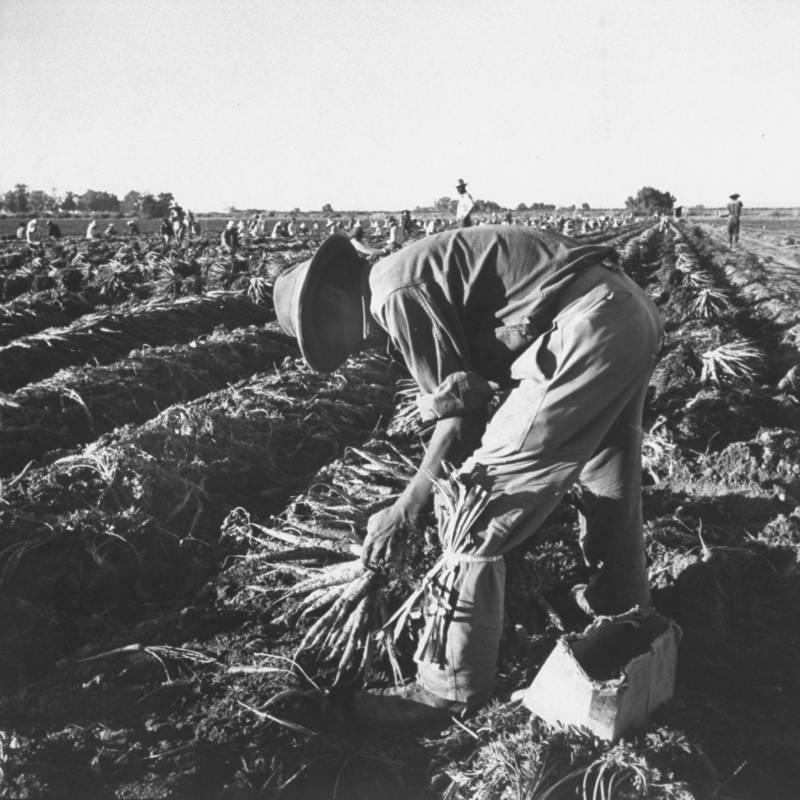 Over the program’s 22-year span, it brought 4.6 million Mexicans to work in the U.S. legally.

Even still, the number of bracero positions was much smaller than the number of Mexican applicants, and many were rejected. Those turned away often decided to cross the border illegally, and were welcomed by American employers seeking an even cheaper workforce.

These illegal immigrants were frequently referred to as “wetbacks,” a racial slur against Mexicans that alludes to the fact that some had illegally crossed the border had to wade through the Rio Grande River.

After the end of World War II, this influx of illegal Mexican immigrants began to trouble many American lawmakers.

In 1953, Immigration and Naturalization Service commissioner Argyle Mackey complained that “the human tide of ‘wetbacks’” was the “most serious enforcement problem of the Service” and that for “every agricultural laborer admitted legally, four aliens were apprehended.” 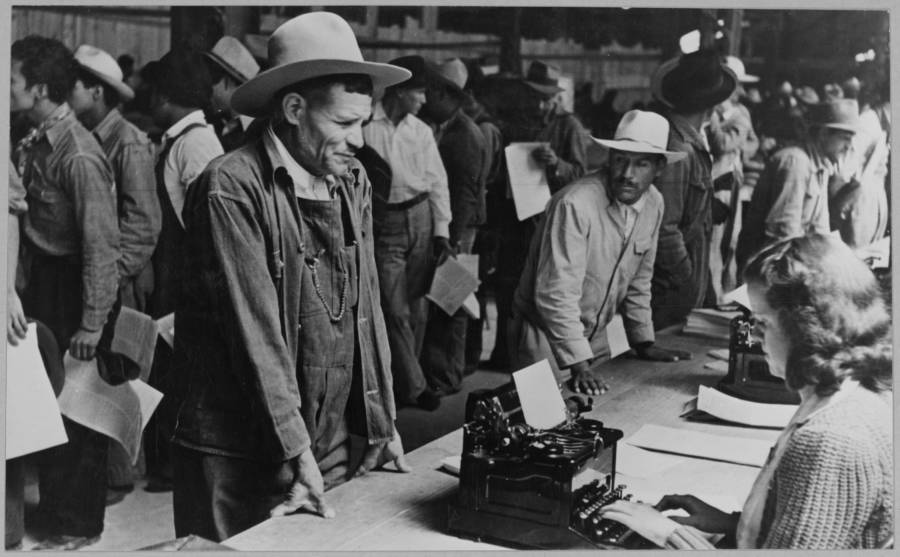 PhotoQuest/Getty ImagesMexican farm workers line up as they are registered to work in the US through the Bracero program, part of the Mexican Farm Labor Agreement, 1951.

Willard Kelly, the assistant commissioner of the border patrol, called this “the greatest peacetime invasion ever complacently suffered by any country.”

To respond to these concerns, the Immigration and Naturalization Service, backed by the Eisenhower administration, created the immigration law enforcement initiative Operation Wetback, with the stated goal of deporting all illegal Mexican immigrants in the United States.

The operation as a whole was a media event, with newspaper reporting the numbers of “wetback captures” and detailing the “professional” raids of the INS. In the first year alone, the INS reported they had deported 1,078,168 illegal Mexican immigrants in the U.S.

Initially the reaction to this initiative by Mexican-American groups was largely positive. Legal immigrants and migrant braceros felt that illegal immigrants unfairly drove down their wages, and felt that they should be deported.

However, professor David G. Gutiérrez of the University of California, San Diego explained, “Not even the most politically conservative Mexican American organizations could ignore the fact that [immigration] dragnets not only were affecting putative illegal aliens but also were devastating Mexican American families, disrupting businesses in Mexican neighborhoods, and fanning interethnic animosities throughout the border region.” 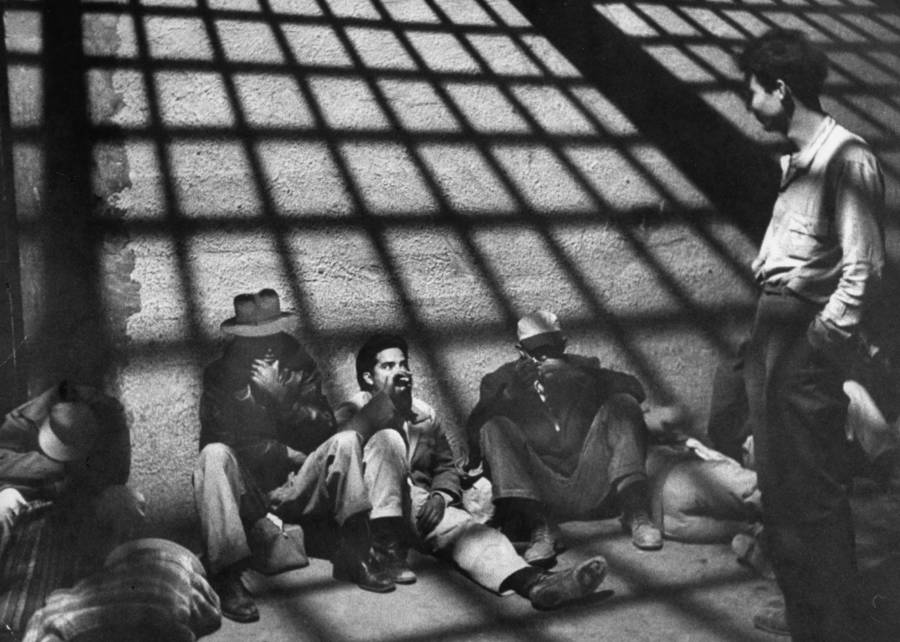 Under this guise of efficiency and effectiveness, lay a reality of inhumane and illegal deportation. During INS raids, agents would demand that Mexican laborers display birth certificates proving citizenship and would deport them if they did not have these documents on their person. Draft cards or Social Security cards were not considered sufficient evidence.

Immigrants were swept up in raids and deported without due process, often leaving their family to guess about their whereabouts.

Those deported would be shoved into hot trucks or crammed in crowded boats to be shipped back to Mexico.

Furthermore, many of these deportees were sent to parts of the country vastly different and far away from their homelands.

Many of those deported would return to the US shortly after, with 20% of deportees being repeat offenders between 1960 and 1961. 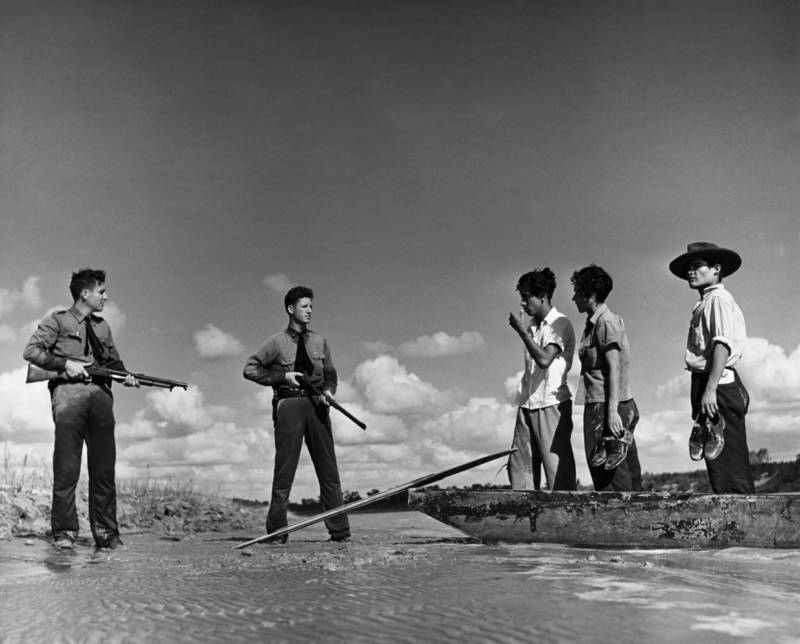 Hulton-Deutsch Collection/CORBIS/Getty ImagesIllegal Mexican immigrants are turned away at gunpoint by police officers.

American companies continued to recruit illegal immigrants at the Mexican border, providing incentive for Mexican laborers to endure the trek into the U.S.

The operation slowly tapered off until its end in the mid-1960s. By 1955, the operation was deporting fewer than 250,000 people a year, and the number steadily decreased from there.

Operation Wetback made the Mexican-American border a fortified position, spread prejudice against Mexican-Americans, deported numerous American citizens to Mexico, and ultimately failed to address the issue of illegal immigration.

Next, read how mMxico’s ex-president called Trump’s wall a racist monument. Then, check out these unsettling before and after photos from the U.S. government’s Operation Doorstep.