Charles Le Brun (1619 – 1690) was a French painter and art theorist. Declared by Louis XIV “the greatest French artist of all time”, he was a dominant figure in 17th-century French art. He also established a correlation between the human face and that of the animal whose spirit characterizes a particular emotion.

In March 1671, at the Royal Academy of Painting and Sculpture in Paris, Le Brun gave a lecture in which he highlighted the connections between human and animal physiognomies. All of the notes from that lecture have disappeared. However, the accompanying pen-and-ink illustrations survive, with more than 250 comparative drawings now at the Louvre in Paris.

The goal of physiognomy is to judge character according to features of the face. Le Brun studied the lines linking different points of the head in a complex geometry which revealed the faculties of the spirit or character. Thus, the angle formed by the axis of the eyes and the eyesbrows could lead to various conclusions, depending upon whether or not this angle rose toward the forehead to join the soul or descented toward the nose and mouth, which were considered to be animal features.

Here are some of the many drawings by Charles Le Brun which concern the correlation between the human face and that of the animal. 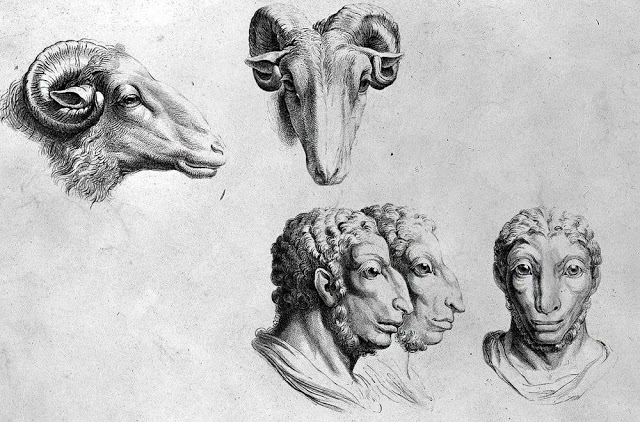 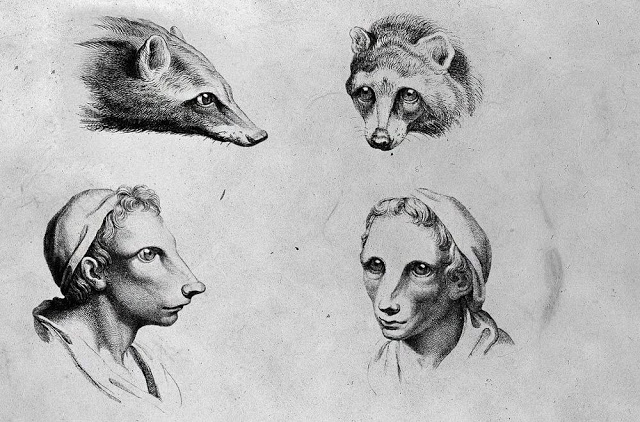 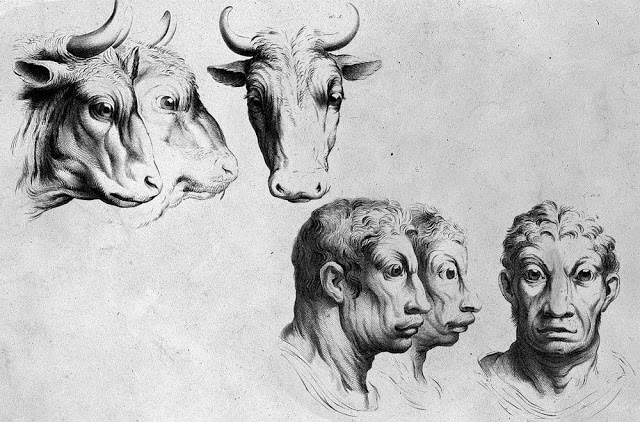 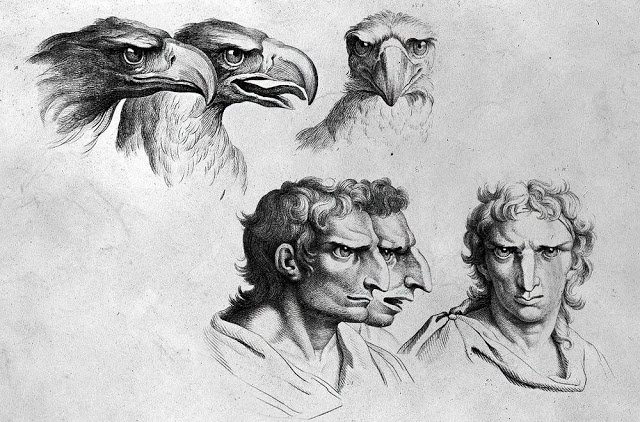