“A lip without a mustache is like a body without clothing.” – Guy de Maupassant

The late 19th century was a heyday for impressive mustaches, but it presented various challenges for mustachioed tea lovers. The heat of the drink melted the mustache wax, making its corners droop. Mustaches, and their owners, were literally getting into hot water. The solution to this problem arrived in the form of the mustache cup. 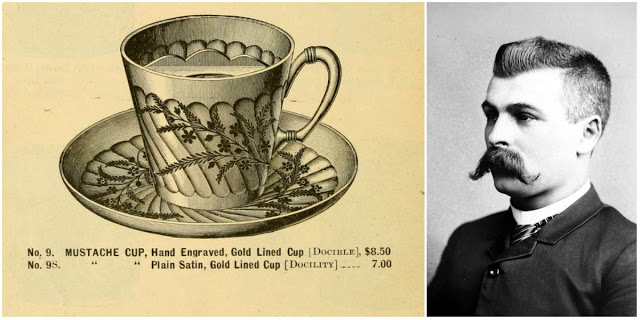 The mustache cup was almost certainly invented by the British potter Harvey Adams in the 1860s. Adams patented a butterfly-shaped ledge that was set inside the cup with a hole to drink through. These sold in great quantities, first in the UK, then throughout Europe. In the U.S., they were sold everywhere from Sears to the department store Marshall Field’s, later owned by Macy’s.

The cups came in many shapes and sizes. “Farmers’ cups” held as much as a pint of tea, while smaller porcelain pieces were sculpted like conch shells or embossed with the name of the owner. Most had saucers to match. But these weren’t nearly as prized as the cups themselves. A British newspaper classified of the time reads: ‘‘REWARD—If the Lady who STOLE A GENT’S MUSTACHE CUP on Saturday Night from the Little Dust Pan will apply at once, she can have the SAUCER FREE.”

But the golden age of mustaches, and mustache cups, came to a close during the First World War. It ended, as it had begun, in the British army: the former stipulation was scrapped, as men struggled to maintain good grooming in the trenches. More importantly, a hairy face made it near-impossible to get a decent seal on a gas mask. Industry shifted to serving the troops and the war effort, and the mustache cup fell first from favor and then from sight.

The irrepressible mustache wouldn’t stay down for long. By the late 1920s and early 1930s, it was back on screens and in magazines—think Salvador Dali’s two-whisker wonder, Clark Gable’s miniature handlebar. Men’s philtrums were cosy once again, but the mustache cup was all but forgotten. 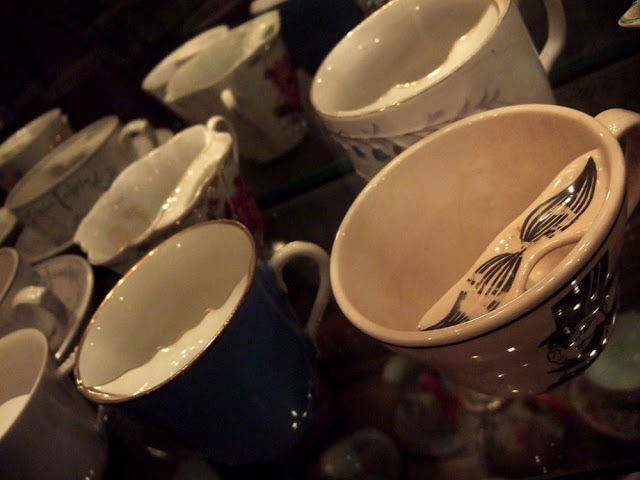 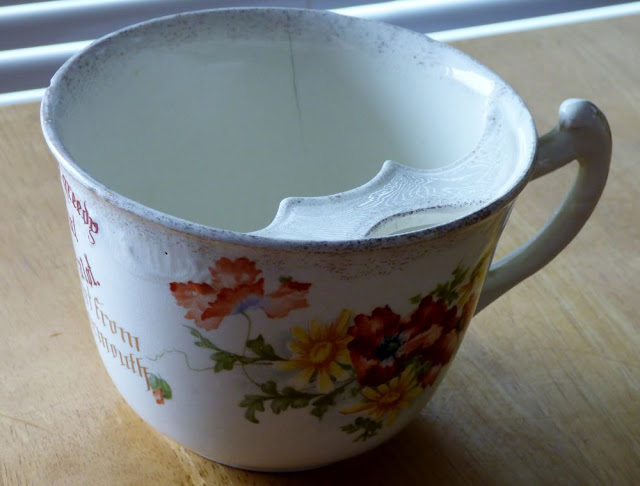 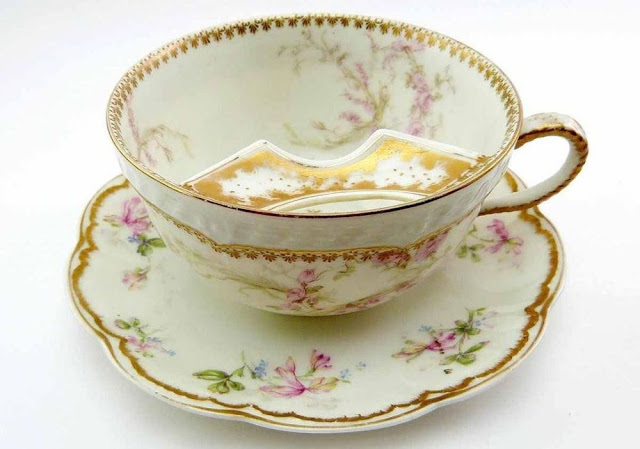 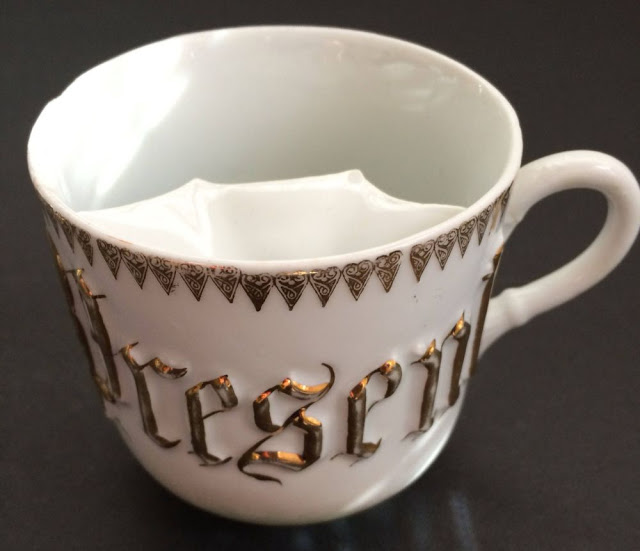 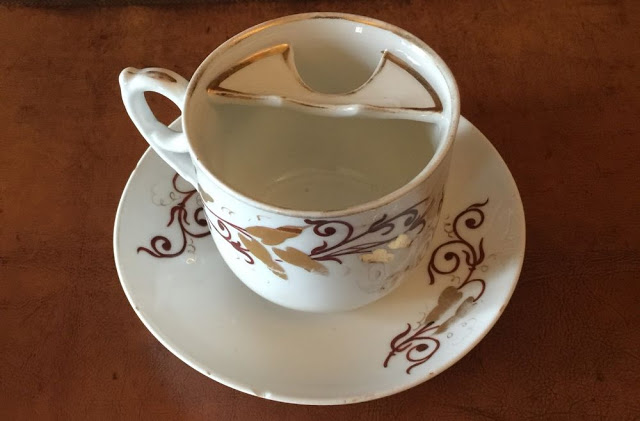