New York Zoo, 1963 — “You are looking at the most dangerous animal in the world. It alone of all the animals that ever lived can exterminate (and has) entire species of animals. Now it has the power to wipe out all life on earth.” 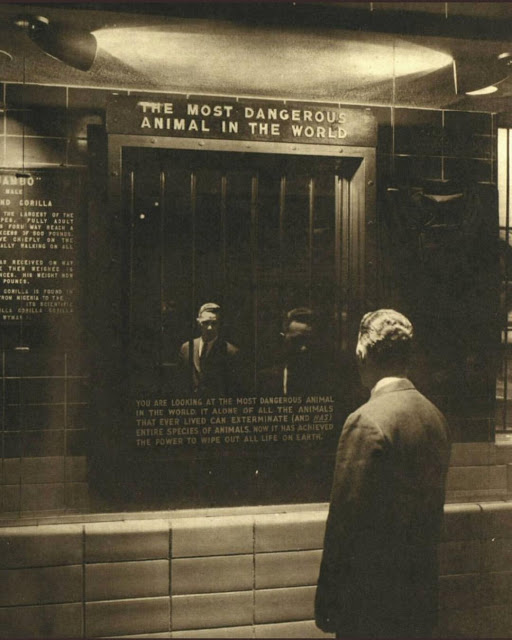 In the Great Apes House at the New York Zoo is to be seen an exhibit of great interest and one which speaks for itself. The exhibit in question is that of “The Most Dangerous Animal in the World” and it is handled by the Zoo authorities with not unsubtle deftness. Between the Orang-Utan and Mountain Gorilla cages is a compartment with bars and the legend which can be read in the photograph above: visitors, attracted by the proclamation at the top of the cage, stop and peer into the cage.

What they see is, without a doubt, the most dangerous animal in the world, and the frequent comment by visitors is “It’s true!” for they are looking into a barred mirror. And there is considerable truth in this simple, but effective statement that is made.